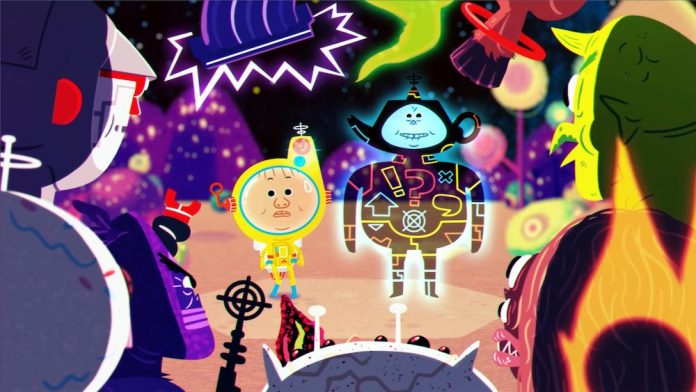 Procedural generation is a simple solution to limitless gameplay. However, if the gameplay beneath it leaves you wanting more, being limitless serves no purpose.

Well, the folks at Hollow Pond have crafted an engaging, deep, and easily accessible entry into the fray. Strategic gameplay, solid core mechanics, and a nice colour palette make Loot Rascals an adventure worth having. With an ever-changing world of play  though, sometimes it’s not always perfect. But with Loot Rascals, the good definitely outweighs the bad.

Loot Rascals combines several different worlds to create a game that’s easy to learn but hard to master. At its core, it is a deck building, automated turn-based, roguelike dungeon crawler. You don’t do so much fighting as you do gathering. How each battle goes depends entirely on your moves up to the point of contact. You crash land on an alien planet, and you must outthink your enemies as you fight to escape the hostile world. Every game is different, and each one of the five areas is unique in terms of design and enemies. The all powerful enemy that you seek is ‘The Thing Below’. Pick your character, which is no more than a gender option with no differences besides appearance, and you’re good to go.

Each area has an over-world and a ‘dome’ hub area. The dome is where you can replenish your health, talk to NPCs (who can give you quests), and store specific decks you’d like to keep handy. The actual gameplay consists of numbered movements across tiles. Each step you take from one tile to another counts as a move, and 250 of them will bring forth new enemies, and after that the number required for new enemies dwindles. The game also works on a day/night cycle: five moves in the day and five at night. This function affects enemies and combat. The goal of each area is not to kill all enemies but to find the exit portal, but you should spend a fair time exploring so you can find powerful cards, kill enemies for new cards, and maybe even help another player. 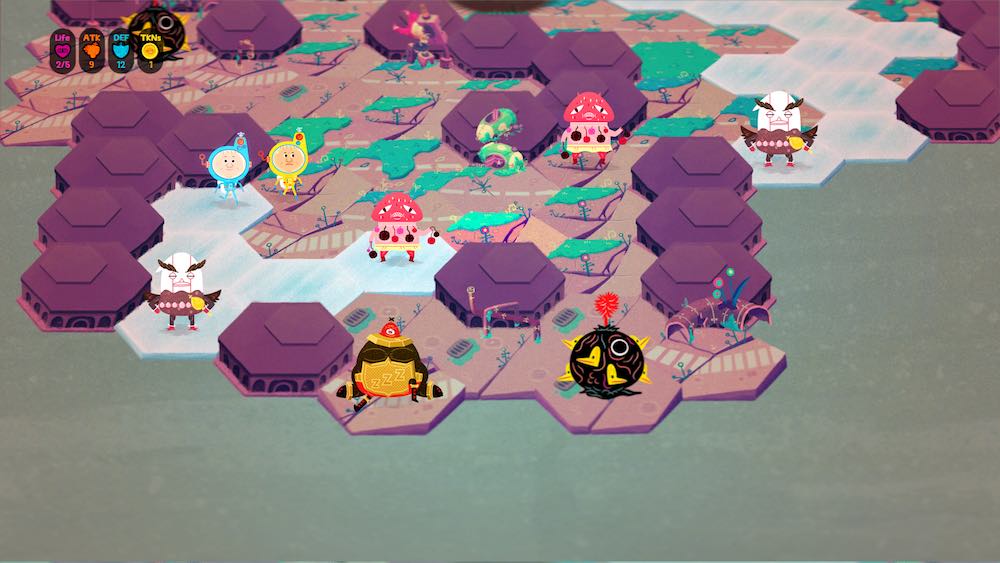 The combat, when it happens, is simple and fast. It’s kind of disengaging when you focus so much on building a good deck of cards, and then the fighting is completely automated. But, how you prepare affects your success so your actions aren’t completely pointless. Enemies have numbers over their head, which indicates health, and it is either orange or blue. Orange means they attack first; blue means you do. Time of day affects who attacks and who doesn’t. It’s a brilliantly simple mechanic that, at times, becomes increasingly difficult to manage. Proper spacing and move management around the day/night cycle is where Loot Rascals shines. Fallen enemies can drop cards, and that’s what powers your character.

Understanding how the cards affect your character is simple enough to do, but the further you play into the game, the harder it gets. You have attack (orange) ratings and defence (blue) ratings. Cards bolster either one or the other, and some come with added bonuses/negatives. Some examples are: +1 if placed in odd column, -3 for card below, +2 for card to right, etc. The card screen is two rows of five columns, and card placement is important. The benefits and special effects of cards allows for a deep level of customisation for personal play. Some cards also allow for special powers, like healing, burning, electrifying, etc. These attach to cards already in play and do not take up a slot themselves. Cards can also be sticky (can’t be removed), or cost coins to use. It’s a fantastic system for character building that is crafted well.

Daily challenges and online interactions up the replay value of Loot Rascals. Defeating enemies who’ve killed other players gives you the option to return their card or keep it. Returning opens the chance of running into that player’s hologram, who will then aid you on your journey, and keeping hold of it will part a target on your back, so to speak. Daily challenges are a great way to measure yourself against the rest of the world, but also removes that semblance of randomness. The methodical nature of the game can wear on you after a long play session, but Loot Rascals has just enough going on to keep you interested.

Loot Rascals is vibrant, funny, and a joy to play. It’s lighthearted, smart, and crafted with care. It might be put some players off, however, that the true action of the game is gathering cards and organising stats and not really the combat. At times, it can feel a bit lop-sided: enemies will swarm at you, and the blocking of their attacks feels random. When you need it, it fails. But that’s all part of the randomness, and part of what makes Loot Rascals so much fun to play. Inside the ever-growing roguelike procedural genre, it seems to have carved a nice place for itself. With a deeper sense of strategy than most games of its kind, Loot Rascals might just be the thinking man’s roguelike you’ve been waiting for. Although slow and steady, it offers a lot to love.

Loot Rascals is available on PS4 and PC. We reviewed the PS4 version.