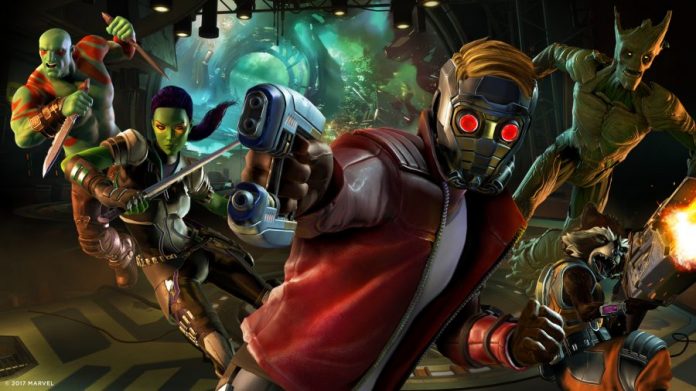 Telltale Games have officially released a trailer for their new series based on Marvel’s Guardians of the Galaxy.

Along with the trailer they have also announced the release date for the first episode, entitled Tangled Up in Blue – set to release April 18th.

The first episode will be available on PlayStation 4, Xbox One, PC and iOS/Android devices as a standalone purchase for $4.99 or as part of the season pass.

From 2nd May in North America and 5th May for the rest of the world, the physical season pass disc will be available in selected retailers for $29.99. The disc will include episode one and the four remaining episodes will become available to download as they release.

In Marvel’s Guardians of the Galaxy: The Telltale Series the universe’s unlikeliest heroes Starlord, Gamora, Drax, Rocket and Groot discover an artefact of unspeakable power. Each member of the team feels want for the relic as does one of the most dangerous enemies they’ve ever faced who will stop at nothing to get it from them.

This series features a fantastic cast including Scott Porter (Friday Night Lights, The Walking Dead: The Telltale Series) as Starlord, Emily O’Brien (The Young and the Restless, Middle Earth: Shadow of Mordor) as Gamora, Nolan North (The Uncharted Series, Pretty Little Liars) as Rocket, Brandon Paul Eells (Watch Dogs) as Drax, and Adam Harrington (The Wolf Among Us, League of Legends) as Groot.

Check out the trailer below and look forward to Tangled Up in Blue when it releases on April 28th!