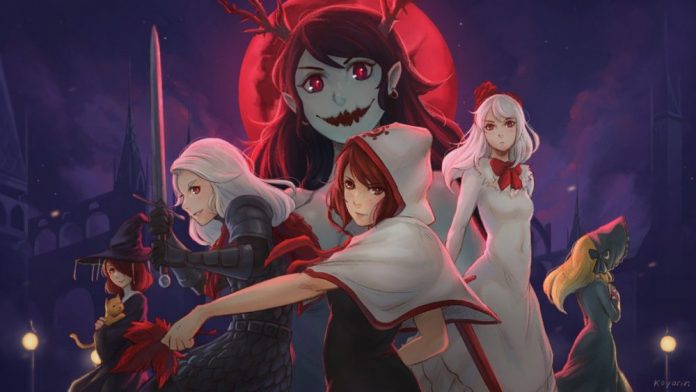 With its 4:3 aspect ratio and highly pixelated graphics, Momodora: Reverie Under the Moonlight looks like a game made 20 years ago.

It plays like a game made 20 years ago too. Though believe it or not, it has only just turned one year old having originally been released on Steam in March last year.

Thrusting you into control of the leaf wielding Kaho – a priestess from the troubled village of Lun – your goal in Momodora: Reverie Under the Moonlight is to receive an audience with the Queen. It’s something that Kaho feels will help save the land from an encroaching darkness, but little does she realise it’ll prove to be an arduous adventure to get there. In gameplay terms, it equates to a sprawling 2D platforming adventure – a metroidvania – albeit, quite a simple one.

As you make your way through numerous interconnected environments you can equip a couple of accessories to provide yourself with some status bonuses, but there are no pieces of armour or any weapons to find and upgrade. There’s not even a levelling system. Character development then, is limited to simply finding max health boosting hearts and a few additional skills that are linked to story progression, such as the ability to switch between human and cat form at will to fit into smaller nooks and crannies.

Despite its simplicity, Momodora: Reverie Under the Moonlight’s gameplay still manages to be fun and engaging for the most part though. Exploring the game’s rich and varied environments, thwacking enemies with jump attacks and a rather repetitive combo is more fun than it probably ought to be thanks to its responsive controls, and pacing is on point too. Undoubtedly the best thing about Momodora: Reverie Under the Moonlight however is its soundtrack, which is sumptuous. Given the gothic aesthetics of the game, the music is suitably Castlevania-esque, combining stirring melodies with haunting moments of ambience. 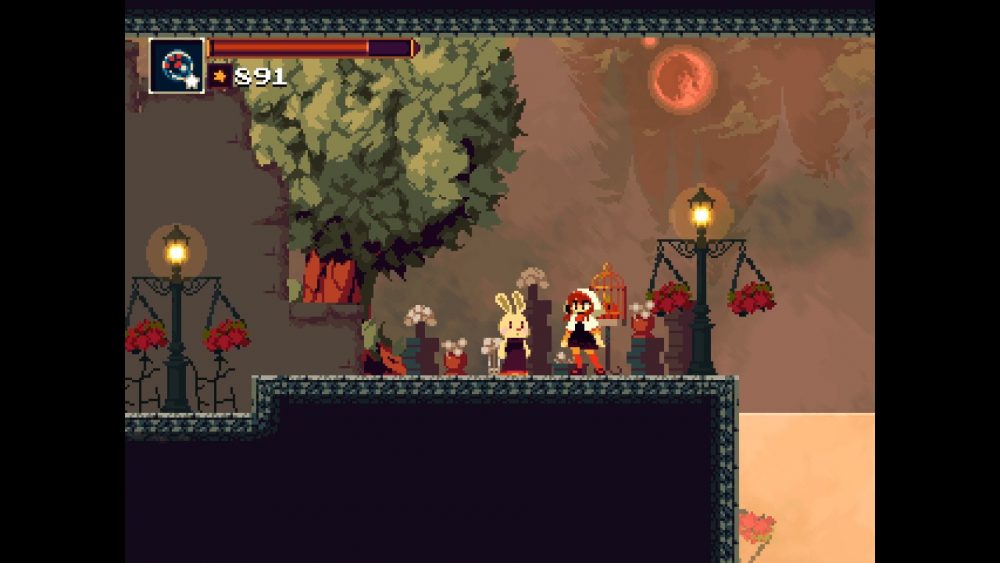 The main barrier that will prevent a great number of players from wholeheartedly enjoying Momodora: Reverie Under the Moonlight I’m sure will be its crushing difficulty. Played on normal, Momodora: Reverie Under the Moonlight is uncompromising. Even in the starting areas, enemy attacks can take away a quarter of your health bar in one fell swoop, meaning you’ll be retrying from your last save point a lot unless you master the art of the fiddly evasive roll or make heavy use of your ranged bow and arrow attack. Things are understandably even tougher on harder difficulties, where death often comes in an instant.

Many players then, may resort to restarting the game on easy difficulty after becoming unduly frustrated. There’s nothing particularly wrong with that, but by giving you a maxed out health bar and some stat boosting rings rather than just adequately rebalancing the game, it detracts from the game’s already shallow character development.  Finding maximum health boosting hearts becomes redundant, and you’ll be hard-pushed to find any other accessories that offer better benefits than the two you start with. It all becomes a bit too easy.

Still, it does mean that Momodora: Reverie Under the Moonlight caters for all skill levels. But those who have the brass balls to stick with it on at least normal difficulty will undoubtedly find it a more rewarding experience overall. They’ll assuredly die, die and then die again, especially when faced with some of the game’s devious bosses, but with a running time of only a few hours, the adventure won’t feel particularly beefy even with all the hold ups.

For hardcore gamers looking for a solid metroidvania fix, Momodora: Reverie Under the Moonlight is quite possibly worth the asking price despite its issues. Others, however, are likely to find it all too shallow and simply too difficult to truly enjoy. It’s a shame, as there are solid foundations for a great game on display, but little has been done to adequately balance its difficulty levels or provide more of a gameplay hook.

Momodora: Reverie Under the Moonlight is available on PS4, Xbox One and PC. We reviewed the Xbox One version.