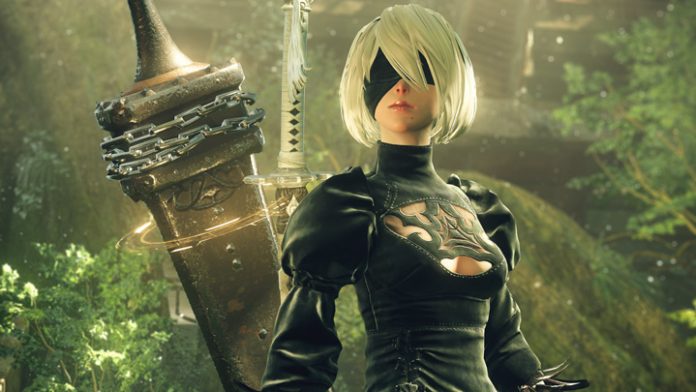 The embargo may be up, but I’m not quite ready to review NieR: Automata just yet. It’s a rather sizeable game and I want to see more of what it offers before I pass my final verdict. What I can tell you is, however, that most of what I’ve played of it so far has been absolutely wonderful.

Just like its predecessor, NieR: Automata sports an eclectic mix of gameplay styles. One minute it can play like a top-down bullet-hell shooter; shortly after, a side-scrolling platformer; then, an open-world action adventure. It makes for a game that always keeps you on your toes. Sometimes the transitions can seem a little strange and throw you off a little, sure, but the charm it adds to the title is worth the price.

“[NieR: Automata] really does have the best videogame soundtrack I’ve heard in years. Each and every track complements the action perfectly. In fact, it amplifies it, making events feel more grandiose as haunting vocals play over stirring beats that spur you on.”

With PlatinumGames on development duty, you can rest assured that the combat is solid too. Movement is fluid and attacks are fast-paced and delightfully stylish. It feels similar to Bayonetta in a way, but simpler. Without the ability to block, you’re required to evade attacks to stay alive; well-timed evades rewarding you with the chance for an aerial counter-attack. Whilst your standard moveset is rather limited though, you’ve got access to a varied range of weapons which can be upgraded to enhance their capabilities. Two sets of two weapons can be equipped at once and switched with the simple press of a button, letting you adapt to various combat situation with ease. 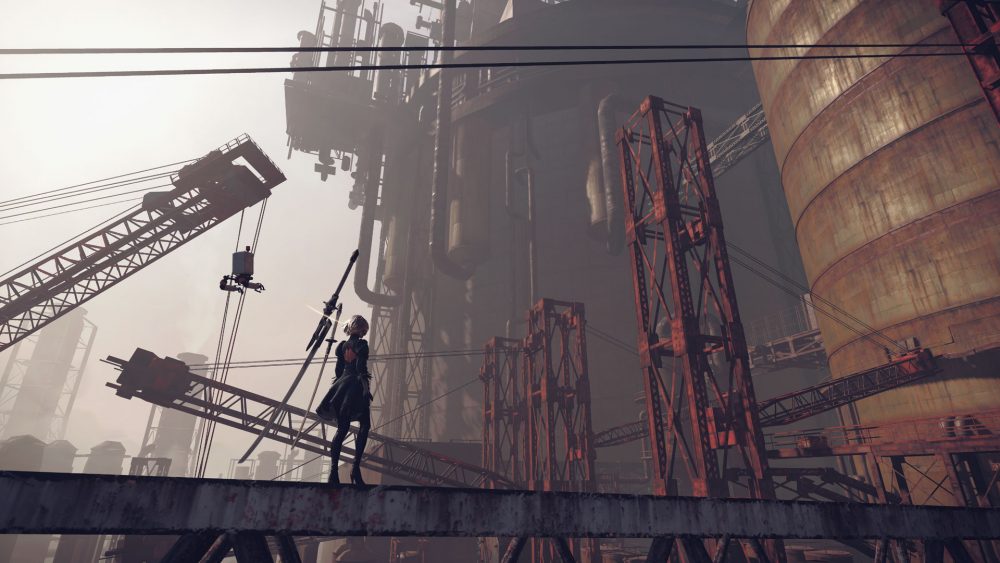 You’ll probably be pleased to know that upgrading and organising your weapon loadout in NieR: Automata’s is only scratching the surface of its character development options though. Plug in chips can be equipped to provide bonuses and enhance stats, pod modules give you access to a variety of support abilities, and simply levelling up will make you more formidable. All in all, there’s quite a bit of leeway provided so that you can tailor the game to your way of play. There’s also a Dark Souls-like death system, where corpses are left on the ground upon meeting your end. Retrieving your own corpse to reclaim chips is one aspect of it, but also is interacting with other players’ corpses to either help them or take some of their loot.

Music is the one element of NieR: Automata that elevates it above others in my opinion, as it is absolutely stunning. Honestly, it really does have the best videogame soundtrack I’ve heard in years. Each and every track complements the action perfectly. In fact, it amplifies it, making events feel more grandiose as haunting vocals play over stirring beats that spur you on.

“It’s safe to say that NieR: Automata currently has me hooked. It’s a mesmerising experience that has a special quality about it.”

Perhaps the only way in which NieR: Automata has disappointed me a little is in the graphics department. Don’t get me wrong, its main characters are amazingly created – full of detail and astonishingly animated – but the world around them, whilst stylistically impressive, is full of ups and downs. You’ll wander into some areas and be met with pure beauty, but then you’ll start to explore and find yourself aghast at horrendously basic textures scattered here and there. Some minor framerate hiccups may alarm some players too, though personally, I found nothing to really worry about. 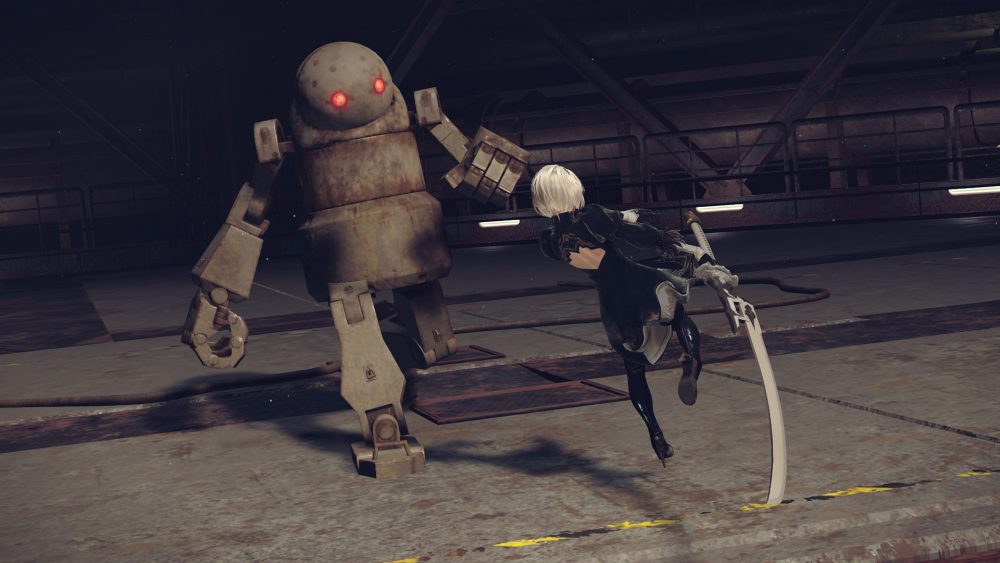 It’s safe to say that NieR: Automata currently has me hooked. It’s a mesmerising experience that has a special quality about it. Something that makes you warm to its weirdness. Put it this way, when given the chance to play Zelda: Breath of the Wild this weekend, it was given the cold shoulder for more time with NieR: Automata, and I don’t regret it one bit.

Check back later in the week for GameSpew’s full review and final score of NieR: Automata.