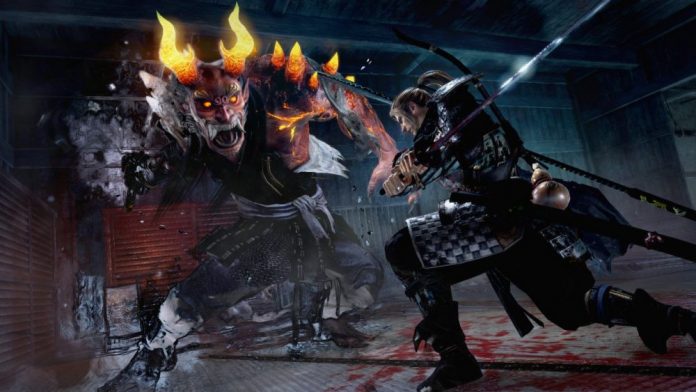 Let us all take a break from playing a game so good it only comes along once in a generation (note I could be talking about any one of a number of staggeringly entertaining first quarter releases) and reflect on a game that I’ve had to place on the back burner until the hits stop coming.

(It was Zelda I was taking about! Zelda is that one game in a generation! It’s so! Fucking! Good!)

Anyway, I’m not going to talk about Zelda – I’m talking about Nioh. Nioh is one hell of a game in its own right and one that I still think about from time to time even as I blissfully careen through Nintendo’s demonstration of their industry-humiliating mastery of the craft of game development. This is kind of an amazing feat as Nioh is a game that wears its Souls inspiration on its chest – and Dark Souls is a series I would like to drown slowly in a shallow bathtub, letting it know that (as it so often demonstrated to me) it could save its own life if it only it had the strength, if only it had the will. But it doesn’t. I could spare it but I will not because to do so would be to deny my responsibility as its God. Everything must end and Dark Souls will be the effigy I place upon the world’s cross so that all will know their saviour is not a mortal man of mercy but a dark harbinger of their deliberate fate! Ahahahahahahaha! AAAAAAAAHAHAHAHAHAHAHAHAHAAAA!!!!

I hate Dark Souls. I hate Bloodborne. Please don’t mistake me, I don’t believe either series to be of poor quality; on the contrary, they’re amazing accomplishments that deserve the success they’ve found. But I hate them, I do, I hate them so damn much. Of course, that should come as no surprise because they want me to. They go out of their way to be hated. They are ugly, vile, brutal, terrifying, unforgiving experiences and, in my case, they’re just a bit too effective in their nihilistic disdain for my attempts to engage with them. 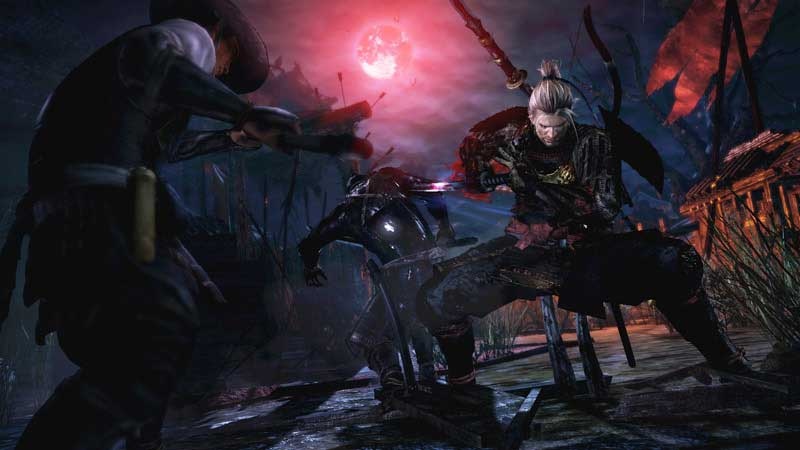 But Nioh is different. No, Nioh wants me to play it, it calls to me, it makes promises of untold riches to be had if only I will go another round, complete another quest, slay one more demon. Dark Souls has no such siren song with which to tempt me. I don’t want to fight its unforgiving stygian nightmares. They will kill me the first time we meet, guaranteed, no exceptions. The first time I encounter something I’ve never seen before and wade in to test the waters I’ll be killed and Dark Souls will laugh because it wanted me to fail and it takes pleasure in that failure.

You see, Dark Souls constantly feels as if it’s telling me “go no further. This way lies madness and shattered controllers.” Nioh, on the other hand, says to me “you got this. One more try and you’ll come out on top.”

It’s difficult to quantify in concrete terms. It’s a feeling, a state of mind it leaves me in. I’m empowered in Nioh in a way that Dark Souls ignores. Not overpowered, mind you, but given just enough rope so that when I’m hoist I know it was by my own petard and not that of the developers. Whether it’s the nearly infinite variety of skills and spells at my disposal, or the blessed lifeline that a carefully conserved living weapon can offer, or the comfort that an easily invited co-op partner provides; I never feel overwhelmed, I never feel outmatched, and I never feel like I’m not sure what I’m supposed to be doing. There are so many ways to approach every encounter and so many options for dealing with your foes that every defeat leads to a new strategy and every new strategy leads to a little extra ground. 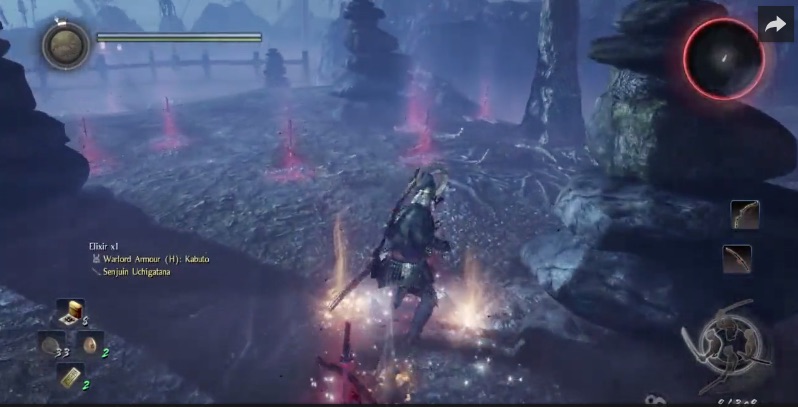 Where Dark Souls presents a brick wall that I’m instructed to climb over or risk being crushed, Nioh hands me a sledgehammer and says “go to town, friend.”

So, is Nioh better than Dark Souls? I’m not equipped to make that judgment for everyone but as far as I’m concerned I’ll take a game that seeks to strengthen my resolve over one that seeks to crush my spirit any day of the week and I can’t wait to get back to it… as soon as I check out that plume of smoke over the next hill in Zelda.