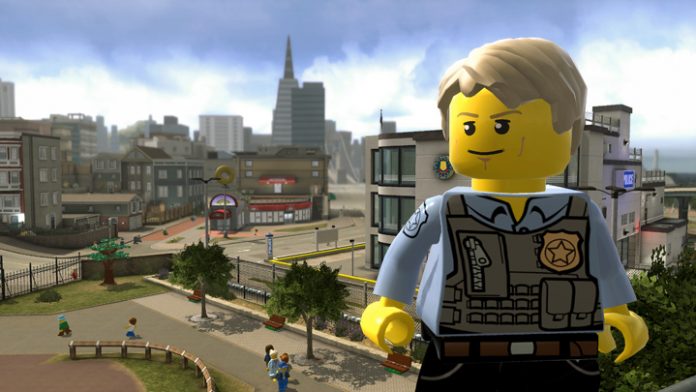 So, this is weird. If you were hoping to go out and buy Lego City Undercover on a game card for your shiny new Nintendo Switch in the hopes that you might save some of the precious commodity that is its pathetically limited internal storage space then you can think again.

Apparently, the physical version of the game requires up to 13GB storage:

That’s a picture of a label on the retail box for Lego City Undercover. It seems that while the data on the cartridge weighs in at around 7GB (strange considering the original on Wii U came it at around 19GB) the developer may be foisting a mandatory 13GB download on customers in order to start actually playing. You might recognise that request as completely and utterly crazy-town banana-pants.

There’s been no official statement so everything is up for speculation. Let’s do just that, shall we?

Eurogamer recently published an article stating that Rime developer, Tequila Works, would be releasing their game on the Switch at an inflated price point over its release on other platforms. It appears this is likely due to the cost associated with the proprietary cartridges Nintendo has developed for their new system.

Carts come in 1GB, 2GB, 4GB, 8GB, 16GB, and 32GB variations that have been rumored to increase in cost as the size increases. This leads me to believe that Lego City Undercover (which will be releasing on PS4, Xbox One, and the Switch at the same £44.99/$59.99 price point for all consoles) is utilising a cheaper 8GB cart in an attempt to keep costs down and TT Fusion expects the consumer to pick up the slack on their end.

It’s not a great look for TT Fusion but, frankly, Nintendo should have been out ahead of this, either by subsiding the cost of cartridges for larger games or putting in a data limitation for their licensing deals in order to force developers to keep downloads to a minimum. If you do neither then, of course, the system will get exploited at the consumer’s expense.

For a company that famously created the “Nintendo Seal of Approval” which helped save them from the market crash of the 1980s, it’s really kind of baffling. Hopefully, these are just growing pains and it’ll all get reigned in soon because Nintendo can’t afford too much bad press for a product that the majority of their consumers can’t even purchase at the moment.