Planescape: Torment, one of the most highly-regarded RPG’s of all time, is getting a spruced up re-release next month. The ‘Enhanced Edition’ will launch on PC and Mac for £15 while Android and iOS versions will arrive at a later date – for a slightly cheaper price.

The port is being handled by developer Beamdog, who worked on the Enhanced Editions of Baldur’s Gate 1 and 2 along with Icewind Dale. The project is overlooked by Chris Avellone – lead designer on the original.

The release is mainly focused on providing a working, updated version of the original with as little change to the source material as possible. Some criticism was placed on Beamdog in the past for introducing new content into the remasters of Baldur’s Gate, most of which was looked on for having a lesser quality.

Major changes include some additional writing – straight from Avellone – in areas missing in the original, an improved interface suited for 4K, a remastered soundtrack as well as modern helpers such as quick-loot, zooming and a floating combat log.

Planescape: Torment is fondly remembered by many for its unconventional and peculiar world and characters fitted into a story rife with philosophical themes and quotes – the most famous of which is present in the below trailer.

While acclaimed at launch and after, the game suffered from poor sales figures which, along with the later closure of developer Black Isle Studios, meant the RPG never received a proper sequel. That was until earlier this year, however, when InXile released Torment: Tides of Numenera, a spiritual successor.

Planescape: Torment Enhanced Edition will release April 11 for PC and Mac for £15. Android and iOS versions are expected later. 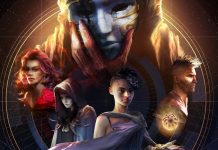 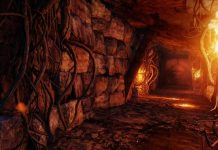 The Bard’s Tale 4 Shows off Combat and Pretty Environments