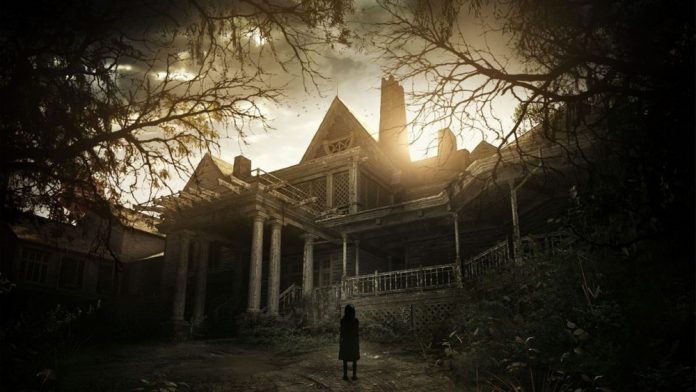 You can really tell when a video game’s marketing has done its job once you’re left feeling absolutely engrossed and shaken by said marketing’s imagery, tone, and of course, audio.

This was the recent effect that Resident Evil VII’s rendition of folk classic “Go Tell Aunt Rhody” had on me in the unlikeliest of places: at the cinema prior to watching the just awful Resident Evil: The Final Chapter. Needless to say, I think everyone knows which Resident Evil provides the superior haunting experience.

The chilling version of “Go Tell Aunt Rhody” that features so heavily in one of the year’s best games so far was the work of veteran video game composer Michael A. Levine, who’s been on record as saying that his ambition with the piece was to take a familiar song and “turn it from joyous to menacing”. Mr Levine definitely succeeded, creating an utterly ambient and unnerving ongoing motif, that tells you all you need to know about the game through sound and lyrics alone without ever overstepping its welcome.

That’s not to say that music in video games is generally overlooked in terms of how important it can be for setting the tone; it’s just that most of the time, it’s a game’s instrumental portion that tends to take centre stage. Green Hill Zone, The Mario Theme, Sepiroth’s theme – all great pieces of memorable music, but what about songs used in the same vein as “Go Tell Aunt Rhody”? Conventional music tracks can make an impact too!

Using “Go Tell Aunt Rhody” as an example, when breaking the song down for further analysis, it’s immediately clear as to why it works so well at relaying everything Capcom wants you to know about what can expect from the new iteration of Resident Evil before ever even starting the game.

The song’s original lyrics, while very repetitious to signify an unbearable persistence, aren’t very, shall we say… cheerful. As well as the continuous rhythms of the central “go tell aunt Rhody” hook, other overtly repeated lines include: “the goslings are mourning, because their mother’s dead”, “the old gander’s weeping, because his wife is dead” – well, you get the general idea. These words were originally intended for a young child, informing her about the death of Aunt Rhody’s geese.

While chilling in either incarnation, Resident Evil VII’s version of the song has been modified by Levine to be more in keeping with the game, replacing the above examples for such lines as “they locked me up took my soul, shamed of what they made” and “his arm’s outstretched, but when she’s done, he’ll be torn apart”.

The obvious interpretation is to link the titular Aunt Rhody to the wheelchair-bound elderly member of the Baker family – but I’m fairly certain this isn’t the case (those who’ve finished the game will know what I mean). No, the answer is undoubtedly more metaphoric in its nature, most likely addressing the player to call upon a symbolic Aunt Rhody, a parent figure, to warn others of the strange happenings occurring within the Baker mansion.

The song is sung from the perspective of the game’s antagonist, not present within any of the game’s marketing. This is made clear from the line “they locked me up took my soul, shamed of what they made”, indicating the feelings of the oppressed adversary that both the players and protagonist Ethan Winters should be afraid of.

Speaking of Ethan, he’ll be the fellow with “his arms outstretched”, presumably when looking for his missing wife Mia. Levine’s version of the song plants just enough seeds for those looking for a deeper meaning to scratch that itch while remaining obscure enough as to not reveal the main crux of Resident Evil VII’s story.

This more thoughtful approach to a game’s soundtrack is a technique I’d like to see more of within modern video game marketing. After all, I’m sure the Venn diagram of gamers and audiophiles intersect to some extent.

Here’s hoping that going forward, publishers and their respective trailer houses have the foresight to be more attentive with their choice of music, and not only that, the version of song they go with. It’s not particularly a make-or-break point for gamers by any means, but I feel it’s potentially an untapped aspect of conventional video game marketing that holds great power. After all, what’s more emotive than a well-written song?