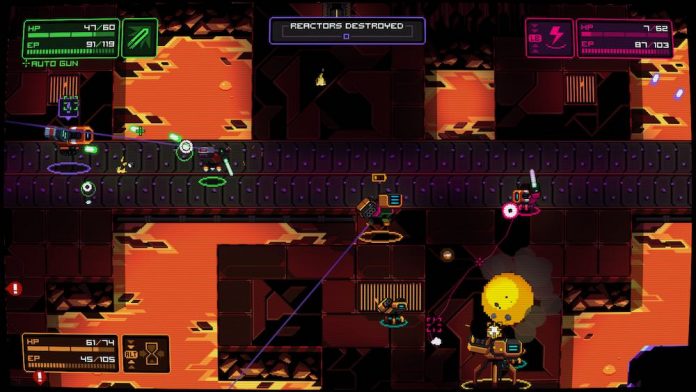 It looks retro, but it’s set in the future.

A twin-stick shooter crossed with an RPG from Flying Oak Games, Neurovoider lands on PS4 and Xbox One this week. It’s been available on PC since last August, but the console version includes plenty of new content including new environments, new weapons and skills. If you’ve already played on PC, you can purchase the new content in the form of a Deluxe Upgrade, which is available right now on Steam.

Neurovoider places you in a dystopian future where Earth is overrun by evil robots. With a variety of powerful weapons, it’s down to you to blast your way through them and save what’s left of the planet. You can take on the game by yourself, or have up to three friends play along with you in co-op mode for more chaotic gameplay.

Check out the launch trailer for Neurovoider below:

If you fancy a bit of futuristic shooter chaos, Neurovoider will be available on Xbox One and PS4 tomorrow, 14th March. It’s available now on PC and will be coming to Switch later in the year.

Check back soon for our review of the game.