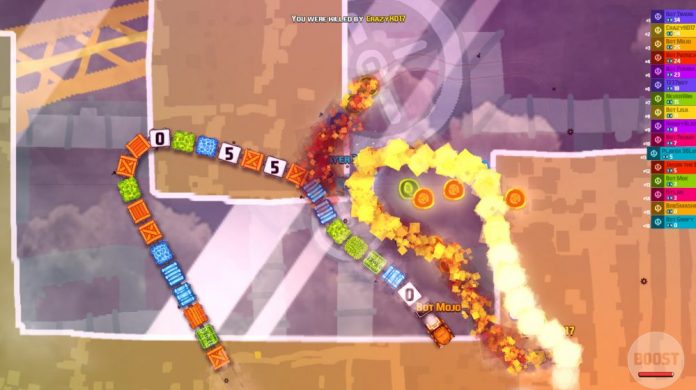 SQUAKE tries to take the all-familiar and popular gameplay style of Snake and bring it into a modern era of gaming. What results is a classic game focused through a modern lens, with enough extra additions and unique elements to make it worth a look into.

If, for whatever reason, you haven’t played Snake before, you control a snake that slithers around the screen, eating apples (traditionally) that makes your tail grow. The aim is to eat as much as possible – and grow as long as possible – without bumping into any obstacles (including yourself). It’s a simple piece of game design that has stood the test of time, much like Tetris and Space Invaders has over the decades.

SQUAKE sets that simple piece of gameplay directly in its sights, and puts you in control of a train carrying a chain of cars, with the same general objective of growing as long as possible. It’s such a simple and strong gameplay concept in itself that the developer could have stopped there and released the game as is. However, SQUAKE goes the extra mile and adds extra elements into the mix. Rather than the single-player experience that Snake was known to be, SQUAKE is more competitive. Along with the traditional game-mode of being the longest train-line of cars amongst a group of players for a specific amount of time, there’s also a capture the flag mode, and a mixture of both in a third game mode.

The first mode is simple: be the longest train for the longest amount of time out of all the current players in the match. The next mode, Capture the Flag, is as simple as it sounds. You add a flag car to your train’s chain of cars, and you have to bring it back to base. However, the longer your chain of cars it, the longer it takes to deliver the flag,  and you risk having someone break your chain and steal the flag themselves. The last mode combines elements of both. Playing in teams, you each have a base. There are different coloured objects to pick up, and you deliver the correct colour to your base which depletes a meter to zero. Think of it like picking up multiple flags up at once, and having to deliver them in clusters towards your team’s global score pool. 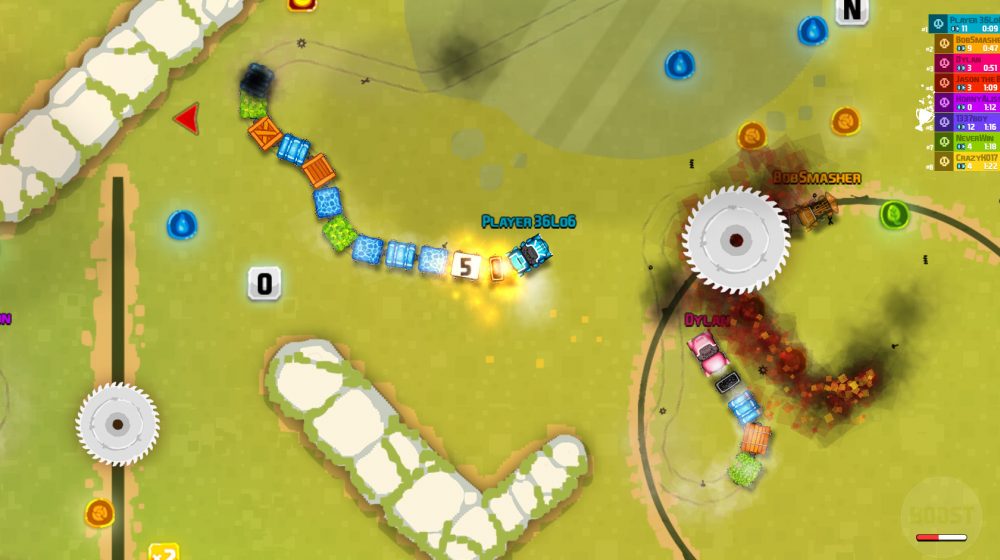 Having a long chain of cars behind you is always both a blessing and a curse. Whilst a long train will create wall barrier against your enemies, you are also going to be getting in the way of your own teammates. It’s a double-edged sword, and not being able to communicate quickly with your team second-by-second via typing means that you’re always having to read the movement and behaviour of your teammates. As well as second-guessing what the enemy will do, you also have to give way and navigate around your friends. This leads to some hilarious moments where a teammate is unsure of how to give you ample room to deliver your 20-car train of items to your base, and psyches you to drive into a wall accidentally. Burnout, eat your heart out.

The developers insist that you play with real people, because the best fun you’ll have with this game is with other people. They aren’t wrong, because the AI does some really stupid stuff. An AI bot might have no cars to deliver to the base, and you have your world record sitting behind you. A human player can read the situation and act accordingly. The bot will simply drive right into you – even when on your team – causing you to drop the entire chain. Because the whole game relies on figuring out players’ future movements, an AI can’t be programmed to deal with that well. They can only handle absolutes in the current moment, and as teammates, they can’t anticipate your moves and how best to assist. However, they make tough opponents for the same reasons!

While all of this is going on, there’s also a myriad of power-ups to throw into the mix. Among others, there’s an instant boost power-up; a magnet for drawing in cars; a 2x score multiplier to double the amount of cars picked up; a drill to destroy the chain of another player. There’s enough variety that you can fight your way out of most situations if you find the right tools. You acquire coins through gameplay as well, which can be spent in the shop to increase the duration of a power-up by levelling it up. How you use your upgrades can add a unique twist to how you play; for me, I poured all of my coins into a 2x multiplier so I accrue cars faster than other players, and I upgraded the magnet so I can quickly attract them during that time.

Since the developers have pushed out several patches following its launch, there’s little to complain about in the way of technical issues, so overall, SQUAKE is a solid, if not a little unpolished game. There’s a few arenas to choose from, and more importantly, there always seems to be at least a few players online – which is more than what can be said for a lot of other small indie titles. Once you get going, it can become very addicting and difficult to put down. For its price, SQUAKE is definitely worth a go if you’re looking for something fun to play in short bursts. If you have friends to drag into the experience with you, then you’ll enjoy it all the more.

SQUAKE is available on PC. 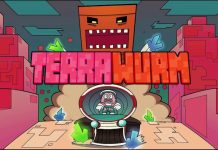