It’s fair to say that my relationship with Sublevel Zero Redux began as a rocky one.

Like a mythological majestic beast, it didn’t want to be tamed, taking me a little while to learn and adapt to its complex inner systems and quirks. Once I did though, I was rewarded by unearthing a relatively inspired FPS roguelike underneath an otherwise standard polygonal aesthetic.

Placing you in the role of a lowly – and relatively unlucky – scavenger pilot of a gunship, Sublevel Zero Redux is a clear hearken back to the likes of Descent, but this time places emphasis on a series of procedurally generated levels to help keep things fresh. Reality is literally falling apart around you, and your only hope for survival is to make it to the core of each sublevel in a bid to escape and achieve freedom.

As narratives go, Sublevel Zero Redux makes somewhat of an effort in explaining the chaotic happenings occurring around you in the form of a text intro – but let’s be honest, this genre of game is all about gameplay, and in this area Sublevel Zero Redux is more successful. There’s been a big ruckus surrounding this game with regards to developer SigTrap reintroducing six-degrees-of-freedom with its shooting; the likes we haven’t seen on a console in well over a decade.

In many ways Sublevel Zero Redux uses this unique method of control to its advantage. Letting players swerve, shoot, and evade not only up and down or left and right, but pretty much every angle in between too. If, like me, you initially questioned why such a cockpit-focused space shooter in 2017 isn’t also being released in VR, this near-limitless control of direction is the answer. 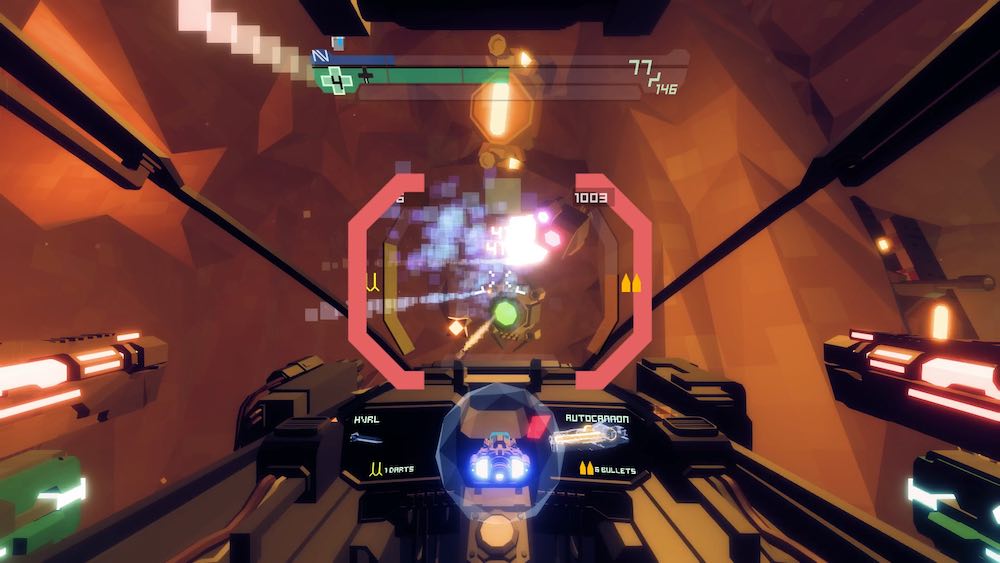 Such freedom of perspective definitely feels fresh within a modern-day shooter, but it does come at a cost; the cost being that your various enemies and foes have the exact same level of freedom. In conventional scenarios and circumstances this otherwise wouldn’t require as much reaction or dexterity, yet because encounters take place within the confines of each respective ‘sublevel’, you’ll often find yourself bumping up against walls and ceilings in the attempt to discover exactly which angle you’re getting hit from.

Although at first a frequent source of frustration, it ends up being very illustrative of the kind of hardcore experience Sublevel Zero Redux ends up being – at least compared to the initial impression it gives. Soon after getting into Sublevel Zero Redux’s rhythm and flow I found myself bobbing and weaving in real life, with the TV frames slowly disappearing as I really got a sense of traversing the various sublevels. A reaction thanks in part to the demand to search for enemies in far off corners and caverns.

Sublevel Zero Redux is a roguelike by its very nature, and as such, demands a fair amount of replay if the true experience is to be garnered. While it’s true that each sublevel of the game’s campaign is generated completely randomly, the theme of each remains consistent. For example, you’ll always be traversing through Thermal Processing in sublevel 3, albeit presented in a very different path to when you initially beat the stage.

This fine line between familiarity and the new means placing you in familiar ground, while always prepping you to expect the unexpected in terms of layout and level design. Each sublevel features its fair share of dead ends with just one correct path to the core. This is where Sublevel Zero Redux reveals its slightly less inspired inner workings, with many doors marked with a red X seemingly signifying the game’s effort to auto-generate a level with some areas acting as unnecessary offcuts it didn’t know what to do with. 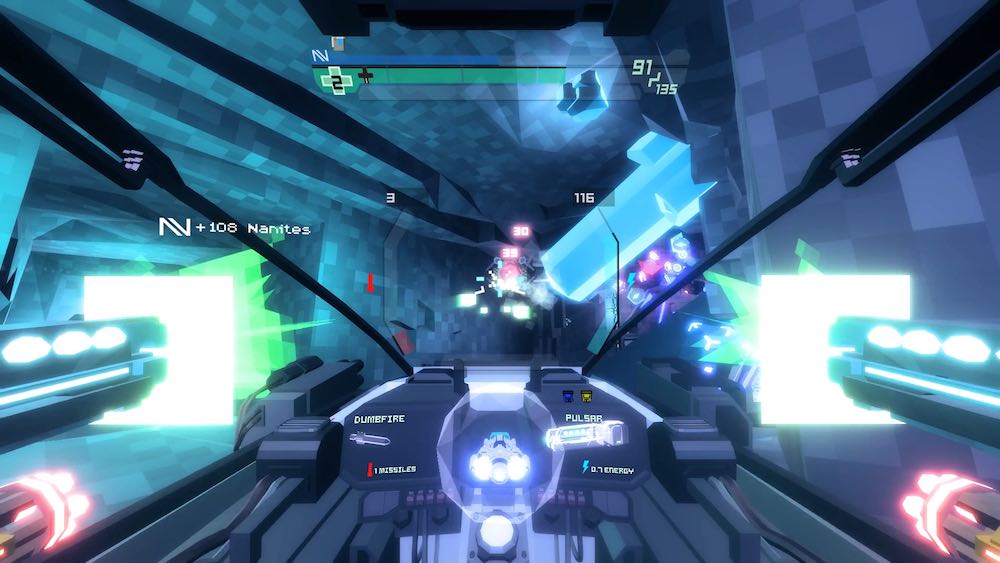 Each time you complete one of Sublevel Zero Redux’s campaigns, more and more sublevels will reveal themselves ready for you to tackle during your next playthrough. This is yet another roguelike element that works in the game’s favour, letting you enjoy the weapon, engine, and hull loadout you’ve built up for just that little bit longer, as you collect and craft more powerful upgrades as you go.

Not only is Sublevel Zero Redux a throwback in terms of its approach to gameplay, but quite clearly with regards to aesthetic and audio too. Unfortunately both its visuals and its soundtrack have a tendency to underwhelm. Enemies obliterate into a shower of pixels and cubes just fine upon destroying them, but the soundtrack that accompanies you as you do so uses little more than ‘beeps’ and ‘boops’ you’d expect to find on a Casio keyboard, with only the odd synth string section dropping in every now and then.

Both of these aspects are undoubtedly a side effect of Sublevel Zero Redux relying so heavily on numerous procedural aspects. After all, it makes sense to keep the art and sound design relatively generic for fear of disrupting the normal flow of combat and traversal. Overall, neither element takes away from the game’s strengths as a roguelike however, and both can be forgiven relatively quickly after becoming engrossed in the game’s upgrade system and unique approach to shooting angles.

Sublevel Zero Redux is the type of gaming experience where you’ll only get out of it as much as you put in, meaning that some players will be left relatively unfulfilled with its rather plain visuals. If you give Sublevel Zero Redux the time it deserves however, you won’t be able to help falling in love with its approach to upgrades and consistent unrelenting challenge. Tamed the beast I eventually did, and I had a pretty good roguelike shooting experience because of it.

Sublevel Zero Redux is available on PC, Xbox One and PS4. We reviewed the PS4 version.