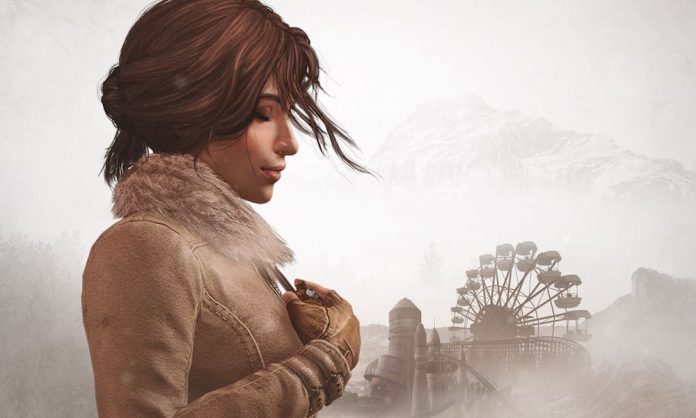 Confined to the straps of an unsanitary death chair contraption, glancing up and down the walls of a run-down institute while trying to pass the pop quiz of a quite clearly maniacal inquisitor – it’s fair to say that for former American lawyer Kate Walker, things haven’t quite gone as planned.

This is the scenario I recently found myself in when playing through an early preview section of Microids’ Syberia 3. The latest venture into Benoit Sokal’s long-running adventure game franchise, which after a 13 year hiatus, is set to grace multiple platforms this April, rendered fully in 3D for the first time. Sitting down with the game’s co-writer and lead game designer Lucas Lagravette, it’s immediately obvious that Syberia 3 places emphasis on providing a totally immersive and otherworldly interactive narrative adventure.

The initial hands-on portion of the game I was lucky enough to try out begins by placing me within the confines of a decrepit asylum set early on within Syberia 3’s core narrative, unabashedly being a location that’s more One Flew Over the Cuckoo’s Nest than the comforting cloud-filled vistas of say, Broken Age’s Meriloft. But despite this unsettling initial locale, the game’s welcome sense of intrigue and mystery never failed to shine through. 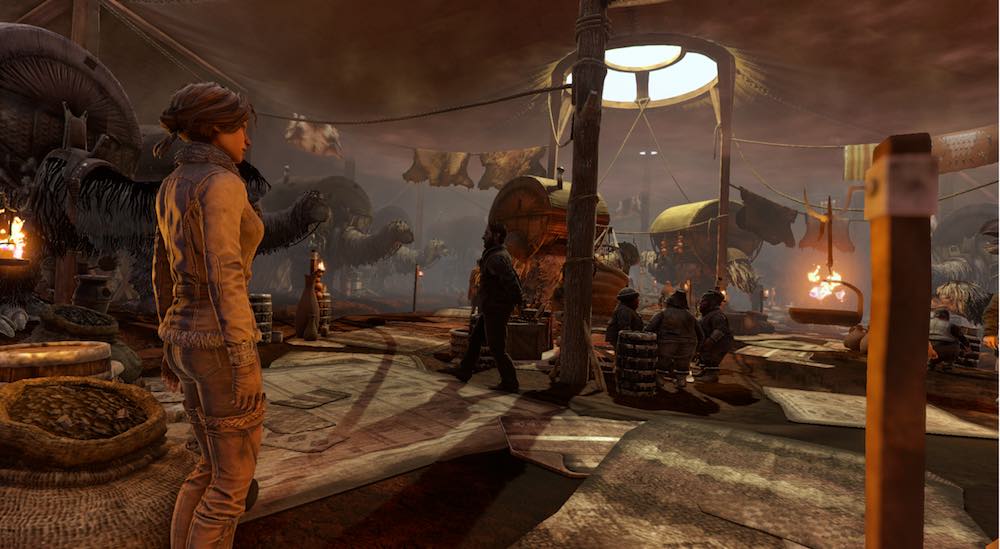 A lot of this comes from the cast of characters sporadically dotted about the asylum. Having seen just a mere sneak preview though, Lagravette assures me of the kinds of folks and tribes Kate will meet throughout her ambitious adventure. “We got the idea of having this one character call her ‘Kate-Kate Walker’ after she introduces herself as such, from the way the trolls act with Bilbo in The Hobbit, a somewhat subtle dialogue choice that just helps the word feel more real for the player.”

Back to the asylum, and after having Kate best a simple rewiring puzzle in order to escape her room and investigate further, it isn’t too long before she’s forced to ‘earn’ her freedom by way of satisfying a certain menacing character’s lie detector test. Remember that death chair contraption I mentioned earlier? Yes, it’s this in which Kate finds herself in now.

It’s when playing through dialogue sections of Syberia 3 such as this when the concepts of influence and persuasion really come to light. Outside of the conventional adventure game formula of  simply selecting from a choice of four arbitrary responses, as Kate I had to think a little more about whether to tell the truth in order to win my freedom, or lie knowing that I would fail the test but perhaps lessen the risk of revealing Kate’s mission. It was a minor yet welcome extra layer of decision-making not always seen in other games of Syberia 3’s ilk. It was much appreciated.

The rest of the asylum portion plays out as expected, with me directing Kate to explore every nook, cranny and corner of its inner yard with the hope of finding the correct tools that allow her to make her escape. Although Syberia 3 does ooze certain shades of the likes of a Telltale IP, this entire process was less stuttered and much more detailed, with only a couple of lip-syncing issues ever pulling me out of the engrossing nature of Kate’s simple escape objective.

It’s in a later section of Syberia 3’s preview build – this time guided through by Lagravette – where the game truly wears its steampunk-inspired heart on its sleeve, showing its roots to adventure games past. This second section, taking place roughly three-quarters into the game, sees Kate and her trusty Youkol crew travelling underground through the inner workings of a subway underpass, unable to venture up top due to air poisoning. 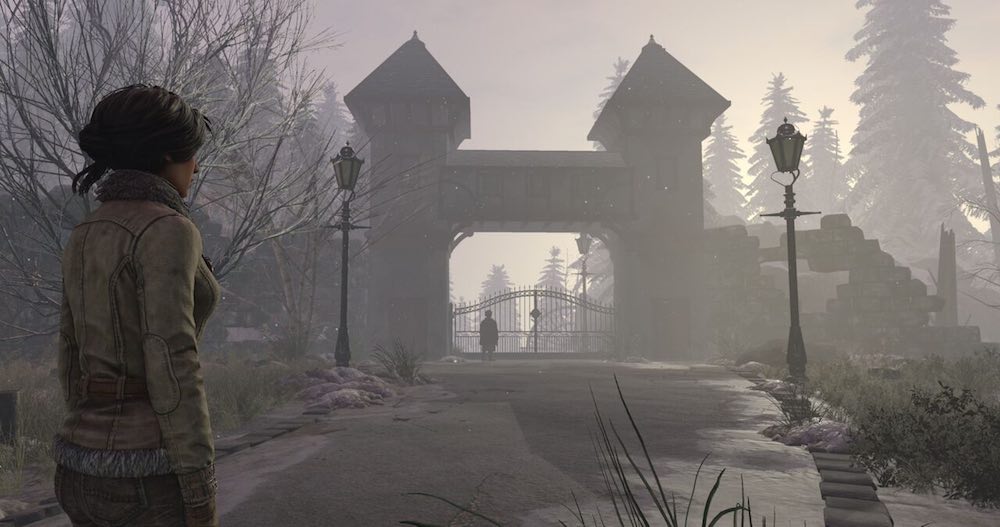 After stumbling upon a tunnel filled with what seems like a herd of terminator bats complete with red piercing eyes, it’s up to Kate to find a way to scare them off, and thankfully Lagravette showed me how. Exploring far and wide into the murky caverns of the tunnel underpass and gathering items in expected adventure game fashion, Kate combines a wooden club, rag, and gasoline to form a flame torch – ideal for scaring off the fluttering critters.

In doing so, Lagravette was able to display Syberia 3’s somewhat unique approach to tactility and sense of feedback to the player; a nice workaround considering the very linear approach to puzzle-solving Lagravette admits the game proudly boasts. “What we decided for this game is that you’re going to have a crafting system inside [Kate’s] inventory that will associate objects, and compare them. We decided to offer the player a specific puzzle each time they need to do something – the main focus for us is immersion.”

While the lack of puzzle variation and fairly linear solving of them may disappoint some, it also allows Syberia 3 to straddle the line between being too easy and too hard. Even with this in mind, Lagravette was quick to remind me that the game’s menu allows difficulty to be changed on the fly, removing hints for certain button presses, adding an extra required step of thought in doing so even if the puzzles here themselves stay the same.

Speaking of button inputs, there’s a certain nuance in how Syberia 3 handles how Kate interacts with puzzles and objects. Rather than simply pointing and clicking, actions such as opening a draw are accomplished by holding down the A button (if playing on Xbox One), then recreating the required motion with the left analogue stick. In this case flicking down. Subtle, understated, and easy to miss, it’s the little extra touches like this that took my preview playthrough of the game from simple to interesting.

Lagravette’s playthrough of this section ends once fan-favourite character Oscar has completed his task of unblocking the underpass’ air vents, removing the obstructions that stand in Kate’s way below as a result. An automaton companion of hers that wouldn’t look too out of place in a Star Wars droid line-up, for the first time in a Syberia game he’s fully playable, if only in a fleeting sense.

Syberia 3 looks set to be the type of adventure game that values narrative and mystery rather than gameplay or mechanics sure, but it still has a lot going for itself. It may be evocative of many adventure games released within the last five years, but it’s looking likely that Syberia 3 will at least delight and intrigue when it releases on April 20th – even if it will struggle to fully amaze. 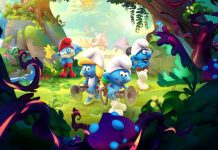 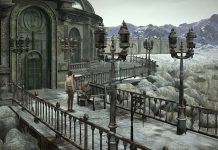 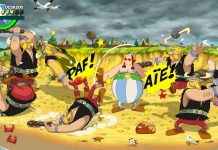