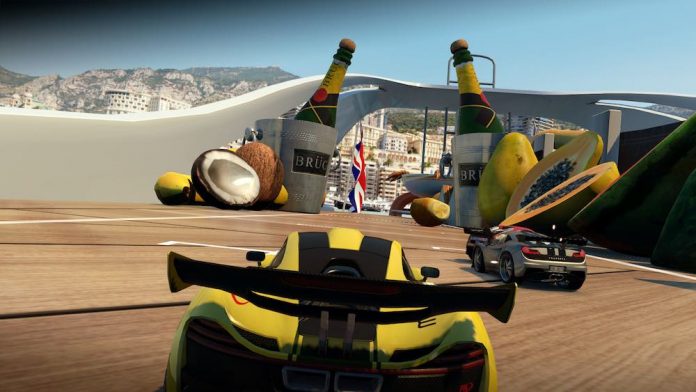 Released on PS4 last May, Table Top Racing: World Tour didn’t particularly impress the critics. With its colourful visuals, quirky tracks and light-hearted vehicular combat however, it still managed to win over a loyal legion of fans, and now Xbox One owners can join in on the fun too.

The benefit of receiving the game nearly a year after the PS4 is that all the previously released DLC is included, meaning that Table Top Racing: World Tour on Xbox One features more cars, tracks and events right from the get-go at no additional cost.  Considering that the game was already pretty generous in terms of content to begin with, it now makes it even more of a bargain for its modest price.

No less than 24 championships spanning three car classes await those who rise up to Table Top Racing: World Tour’s challenge. That’s easily upwards of 10 hours of gameplay for even the most competent of players right there, and then there are 56 special events that require specific vehicles to get stuck into too. You’ll happily go from Mario Kart-style battle races to time trials to pursuits; the diversity of events meaning that you’ll rarely grow tired of going through the same rigmarole again and again. And when you do eventually want to take a break from it all, its pick up and play nature won’t deter you from resuming your progress at a later date. 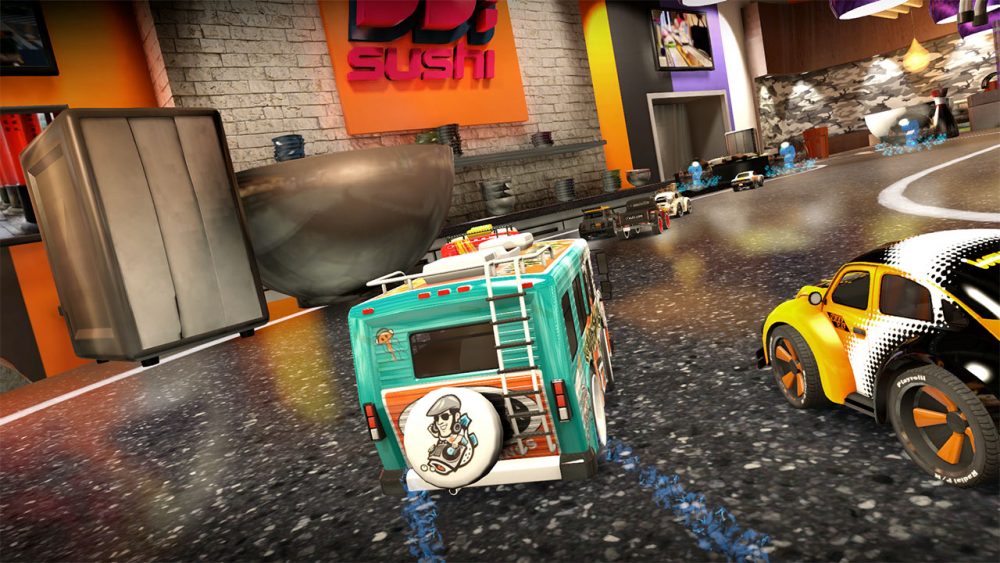 There’s a nice exploratory element to Table Top Racing: World Tour too, with each of the game’s eight racing environments being home to five often well-hidden coins. Picking them up will result in a surge of cash that comes in handy when upgrading and customising your vehicles, but you’ll need think outside the box and make good use of powered up pick-ups if you want to discover them all. It certainly makes for a nice diversion, but it’s a shame your exploration has to be done during events. A free-roam mode would have been welcome, or even the ability to create your own events via some kind of quick play mode which is strangely absent.

Table Top Racing: World Tour then, offers plenty to do, but letting the whole experience down a little is a handling model that lacks the spark of excitement and a couple of minor frustrations. 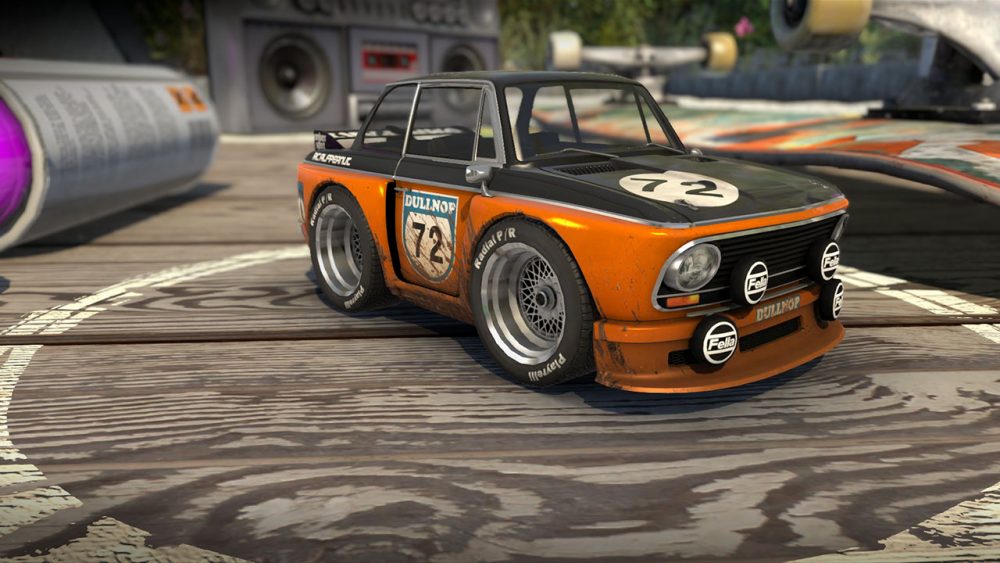 It’s kind of fitting, what with the cars essentially being Micro Machine-style toys, but there’s no feedback as you turn corners; no feeling that you’re pushing your vehicle to its limits. Whatever vehicle you’re driving doesn’t seem to accelerate, rather just move. Table Top Racing: World Tour seems happy with its racing being simply functional, which is fine along as you can get on board knowing that, but some players will understandably want more.

The events that allow for Mario Kart-style pick-ups to be utilised can also sometimes cause you to curse at the screen, especially later in the game. Unless you reach the front of the pack quickly, where you’ll likely stay unless you misjudge a corner, winning a race can often feel like a case of luck rather than skill as you’re bombarded with rockets and other weaponry by the competition with little means of defence. You can buy some expensive wheels that provide limited protection, sure, but it doesn’t entirely solve the matter. It doesn’t stop the opposition from acting like immovable objects on the track either, making you the unfortunate victim of most tussles.

These issues are understandably less problematic when making use of Table Top Racing: World Tour’s online multiplayer mode, where human opponents make the racing more dynamic. And with the online action being pretty much lag and connectivity issue free, those who do gel with its peculiar brand of racing may find themselves preoccupied with it long after they’ve exhausted all of the single player offerings.

From time to time then, Table Top Racing: World Tour can feel a bit mundane; like it’s missing a certain je ne sais quoi. It’s a game that I keep coming back to though, playing the odd hour here and there between other titles, and with this approach I greatly appreciate its charm. The act of racing isn’t entirely fulfilling, but in short sharp bursts it’s still enjoyable. And its dinky recreation of a range of familiar cars combined with inventive tracks always manages to warm the heart. I suppose what I’m trying to say is that there’s plenty of room for improvement, but Table Top Racing: World Tour is still well worth a look.

Table Top Racing: World Tour is available on PS4 and Xbox One. This review is based on the Xbox One version.