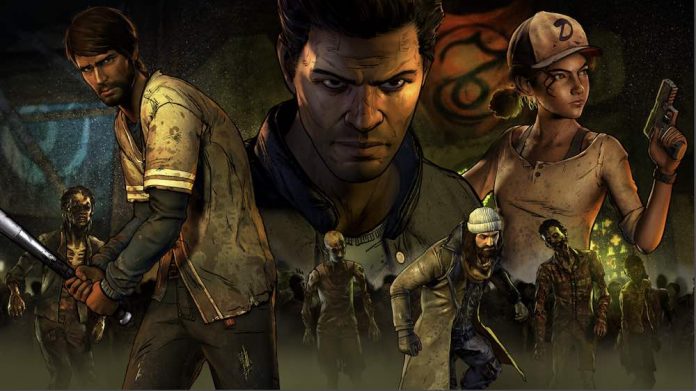 It’s been over two years since fans last walked in the shoes of The Walking Dead’s protagonist Clementine.

Telltale Games released their first two episodes of its new season last December and its return has been eagerly awaited. In the first two seasons players were able to shape Clementine into the character they felt she should be – badass, resourceful, kind or all of the above, with many feeling as if they raised her themselves. Even though you don’t play as Clementine for much of this new season, I believe that many fans were pleasantly surprised with how the first two episodes turned out and episode 3, Above the Law, continues to impress.

You can tell that Telltale has done a great episode when you immediately regret all of your choices at the end. My first thoughts when the credits rolled were “Are you kidding?”, followed – after an appropriately long pause – by “No…” That should always be the first indication that something great happened. Above the Law starts right where The Tie that Binds Part II left off. Javi and his group have made it to the town of Richmond, with Kate badly injured, and the group discovers that Javi’s brother David is one of the town leaders. Javi and the others in the group don’t feel quite right about Richmond, so it’s up to you to discover the secrets of this strange town of survivors while also trying to stay on their good side so you don’t get kicked out.

Above the Law is a bit of a slow one. Not in the sense that the pacing is slow – quite the opposite in fact – but there isn’t much combat to be had. You can, however, expect to get a lot of your questions from the first two episodes answered in this one, but don’t expect a tonne of fast-paced fight scenes. There was actually a severe lack of zombie-related events in this particular episode –but then again, The Walking Dead has a reputation of reminding its players that people in this world are much more dangerous than zombies.

Despite the lack of combat scenes in Above the Law, there are still nail-biting dramatic moments and plenty of quick-time events for those craving the button mashing they’ve been missing. I, for one, think that Telltale has continued to improve on their quick-time events with each game that they release. During moments of fast-paced action, like having to run very quickly from one side of a room to another to keep a door from slamming shut for example, characters move less robotically then they did in previous instalments. If Telltale continues to adjust and alter their action scenes little-by-little people will no longer be able to complain about the notorious glitches found in almost every one of their titles.

Throughout this third episode of The Walking Dead: A New Frontier, the eponymous strange group is always in the back of your mind. Who are ‘The New Frontier’? What do they stand for? Are they good or evil? During Above the Law, you’ll be given a more in-depth look into the group as well as Clementine’s involvement with them. We also get a glimpse into Clementine’s past, filling in some of the gaps between season two and three – although in my opinion this segment was far too short. Hopefully more flashbacks are to come later in the series; maybe even by the end we’ll know what made Clementine into the young woman she is.

With gorgeous graphics, an amazing story, and very fluid controls, The Walking Dead: A New Frontier is shaping up to be Telltale’s best series yet. Above the Law may be  something of a slow burner, but it answers some important questions and, as always, leaves us wanting more. Hopefully there won’t be such a huge time gap between this episode and the next so we can sink our teeth into whatever Telltale has planned next.

The Walking Dead: A New Frontier is available on PC, PS4 and Xbox One. We reviewed the PC version.