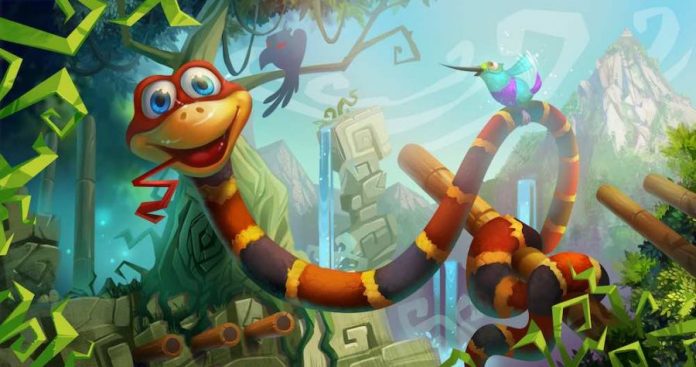 I was fortunate enough to go to an ID@XBOX event in London this week and get stuck right into some promising games due for release soon.

Sumo Digital’s Snake Pass was one such game that I was lucky enough to have a go with. I think that Snake Pass can be summed up by the advice I was given by a developer: “Think like a snake!”

Playing as Noodle the snake you must transverse the world, collect some gems and move to the next level. Bish bash bosh, right? Well yes, in a nutshell it sounds generic and simple – but bloody hell, it’s enjoyable. Slithering around as Noodle is sheer unmoderated fun. From coiling up to climbing the tallest bamboo shoots, it is impossible to not find pleasure in being a snake in Snake Pass.

The challenge of Snake Pass comes from stretching the ability of Noodle to get to the most difficult areas. Learning to swivel in and out of the scenery and tighten up to avoid falling before reaching to the next post is certainly harder than you would expect. It takes a lot of trial and error to see what you can achieve but the playground style of play really does wonders.

Doing all of this in a vibrant and luscious setting makes Snake Pass a game that should certainly be on your radar. 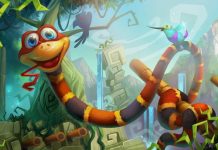