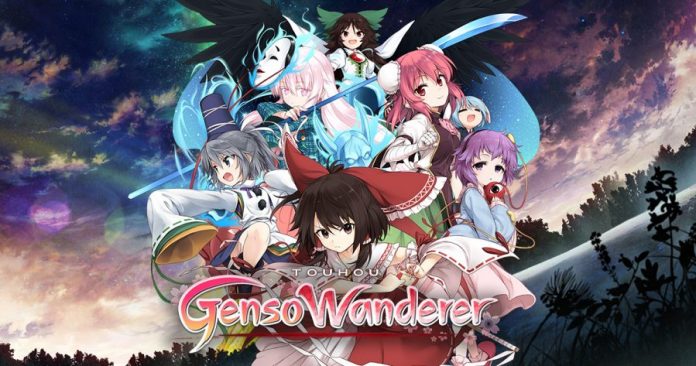 To an outsider, the name Touhou may not mean much to you. For those entrenched within the niche Japanese doujin communities that Genso Wanderer exists within however, it can mean the world.

As a part of the greater Mystery Gensokyo series of games, Genso Wanderer is an off-shoot of the original Touhou series of bullet hell shooters that applies the series’ unique approach onto the dungeon crawling genre. For being the third game in an already existing series, the first of which being released in the West, Genso Wanderer does a fairly admirable job at containing its dense and confusing lore.

You take control of Reimu Hakurei, the Hakurei Shrine Maiden and main protagonist of the Touhou Project at large. As another mystery arises in the land of Gensokyo, it’s up to Reimu to save the day. Involving a shady magical orb and, as many fans of these games may bemoan, another tower of mystery, the plot isn’t the main selling point here. Rather, it’s Reimu’s interactions with the other Touhou series’ characters.

With a character roster that is rivaled only by the likes of the DC or Marvel comic book continuities, Genso Wanderer smartly knows how to use each character in its story. Many of the countless characters simply show up as shop owners or fan-servicing cameos while the main narrative puts spotlight on a very particular group, including the series mainstay Reimu among others. While it’s hard to see anyone outside the Touhou community picking Genso Wanderer up on a whim, it still smartly juggles what’s important and what’s not, so that newcomers won’t be too confused. As it stands, although it is the third game in the Mystery Gensokyo series, it’s a solid first step into the greater world of Touhou fandom. 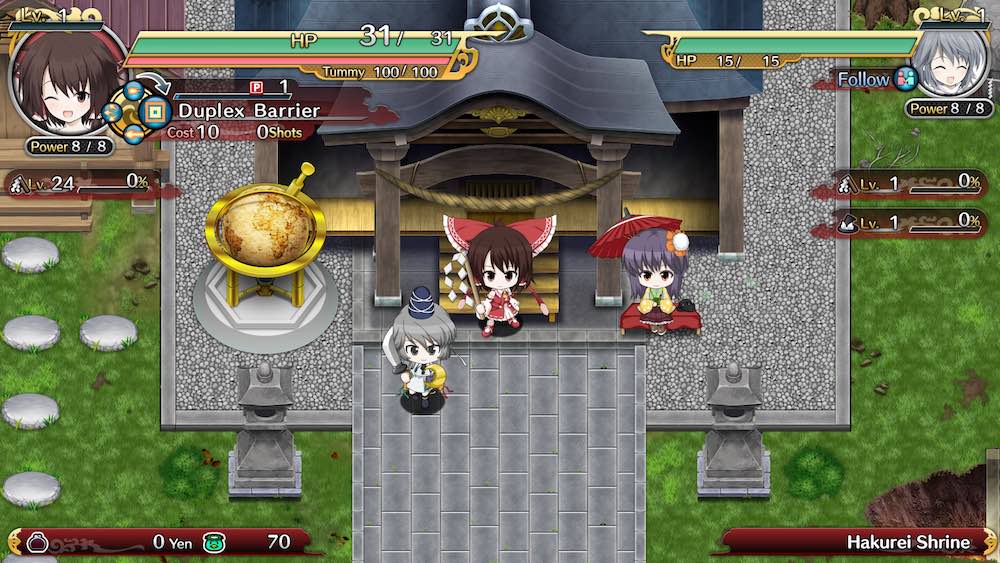 More importantly, however, is how the game handles its dungeon crawling mechanics. Directly emulating the Mystery Dungeon series of games, Genso Wanderer is a top-down turn-based rogue-like that has you marching through endless floors of dungeons. As you venture deeper into them you unexpectedly collect endless hordes of loot, as with any game of the genre. Looking from afar can make Genso Wanderer look fairly mediocre, as the game is more concerned with bringing the Touhou series to the genre rather than doing anything interesting within it. However, the act simply doing so, as with the many other Touhou fan projects, is satisfying in and of itself to see its signature charm shine through in a different setting.

The most obvious example of this is your “Tummy” meter, which acts as a stamina manager. As you progress through dungeons, each turn takes up a small chunk of your “Tummy” meter, making Reimu get more and more hungry. The only way to stave off hunger and make sure you reach the dungeon’s end is by consuming food, most often in the form of small Japanese sweets. It’s a charming way to present what most other game’s treat as a viable sense of danger. Another example is the distinctly different set of enemies than those you would encounter in your average dungeon crawler. As Touhou games are known for being almost completely comprised of moe-like little girl characters, it could very well be either the greatest or worst aspect of the game, depending on who you are. Where other games like the recent Nioh or even Yokai Watch envisions the ghostly Japanese yokai as different types of monsters, Touhou and Genso Wanderer by extension have you facing off against countless cutesy anime girls. It’s an admittedly odd thing to see, playing through the entirety of Genso Wanderer seemingly detached from any sense of narrative norms, but that’s what makes Touhou so interesting and unique to begin with.

All in all, it takes the series’ style and tone to heart while forgoing its more superficial aspects. This isn’t a difficult game, by any stretch of the imagination as its more concerned with showing fellow fans an interesting side-dish to their meaty main course rather than overshadowing everything entirely. While dungeons can get a bit tedious and managing your “tummy” through long treks can sometimes become a chore, it all evokes a sense of whimsical adventure. The game is just a delight from beginning to end.

Thankfully, the art in Genso Wanderer isn’t as bad as some other Touhou projects. Original Touhou creator ZUN is known to make his damaku-style bullet hells completely on his own and, since he is more of a computer programmer than an artist, the original representations of many characters can be a bit difficult to deal with. Yet, thanks to the massive and broad scope of the Touhou fandom, games like Genso Wanderer usually attract more professional talent. Character portraits look great while still utilizing developer AQUA STYLE’s unique take on the universe. The in-game sprites however feel much less polished. Character sprites don’t as much animate but rather warp and bend. Instead of having Reimu’s large bow flow in the wind, it just bows up and down. Even worse are the uninspired areas, procedurally generated and uninteresting, it’s a returning problem that the Mystery Gensokyo series has still not addressed. 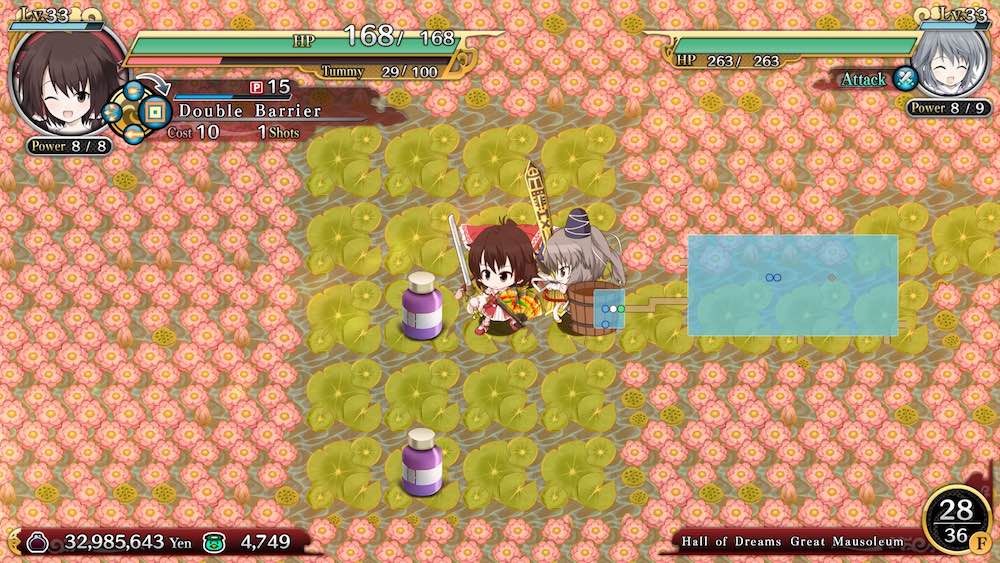 Ultimately, Genso Wanderer is a unique and intimidating game. Its low-budget nature can make it feel impenetrable to most Touhou community outsiders. The unfortunate truth for most projects within the Touhou world is that if you’re not already interested in them, you probably will never be. Nevertheless, for a niche fandom such as this, almost every project of this calibre feels like a gift. It may lack Touhou’s epic music or its frantic bullet-hell difficulty, but it brings out what’s always been enticing about these games and, more specifically, its community’s ability to create. Existing side-by-side with complete Castlevania/Touhou fan recreations and studio-quality feature animations, Genso Wanderer will undoubtedly satisfy any fan. I’m not sure what else you can ask for.

Touhou Genso Wanderer is available on PS4 and PS Vita. We reviewed the PS4 version.