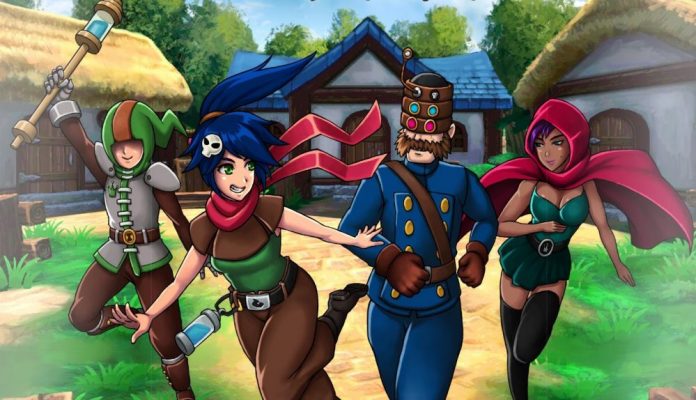 It’s hard to quite summarise my thoughts on Trulon: The Shadow Engine. I want to like it – but the game constantly fought against me to not do.

If you played the game when it first launched a few weeks ago, you may have come up against several bugs – one of which was game-breaking. I was unable to start the final boss battle because of a glitch that’d crash my game every time I tried to start the necessary conversation. Thankfully, I held off for a week or so and the publisher, Head Up Games, released a patch that fixed this and a number of other bugs. Even with this patch though Trulon is still far from perfect, but I wouldn’t completely rule it out if you’re looking for an easy-going lite RPG that won’t be too much of a time-sink.

Trulon: The Shadow Engine puts you in the shoes of Gladia, a country-girl thrust into the midst of danger and adventure when her town becomes threatened by a mysterious disease. Starting out alone, as you progress through the game you’ll gain new party members all fighting for the same cause. You’ll find that Trulon is very story-driven; if you’re looking for an old-school open world romp, you won’t find much of that here. While there is a map of the world you’re free to explore with a small smattering of side quests to come across, you’re very much led by the story and there’s little reason to ever stray from the set path.

The story itself is fairly decent, and thankfully it’s well-written. There are no character voice-overs, but the written dialogue is presented well and carries over a decent amount of characterisation. It’s fairly simple, standard stuff – a despotic scientist has threatened the peace of the land by using magic to bring beasts and mechanical beings to life, in turn making townspeople suffer from a mysterious and life-threatening illness. You know, that old chestnut. It’s certainly enough to propel your progress forward though, and while the short time with the game isn’t exactly enough to care too much for the characters, the narrative at least gives you enough incentive to want to continue. 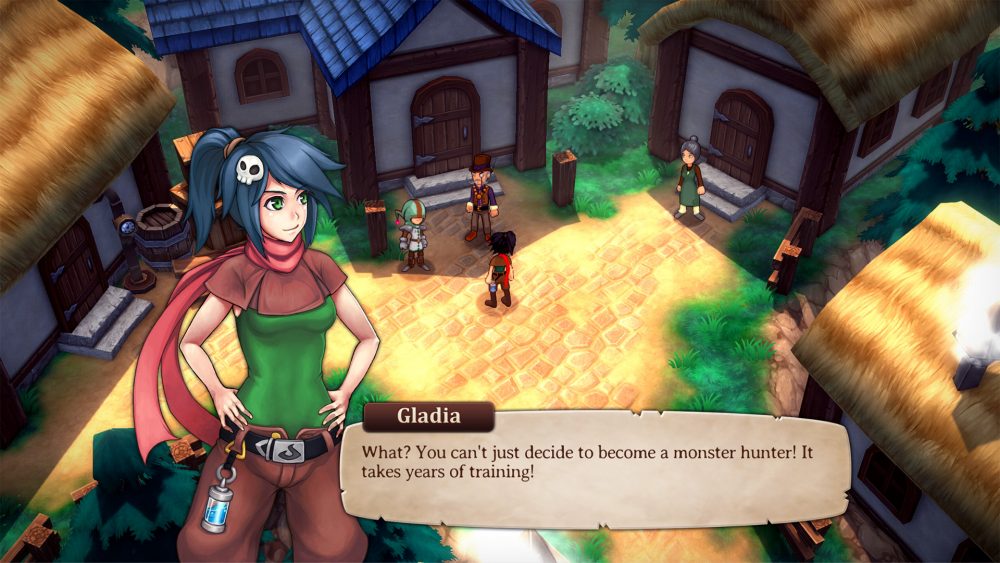 Progression through the story is led by turn-based combat which shakes up the typical formula by adding a collectible card game twist. You’ll find new combat cards as you progress through the game, and these can be assigned to your characters to give them a new ‘move’ in combat. Some are attacks, some are defensive, and others are special magic abilities that can only be assigned to a particular person. The draw of cards you get in any battle is random, so you may have some killer moves that’ll easily decimate your enemies – but they may not always be available. As such, your success rate in battle feels largely down to luck.

Enemies also seem to ramp up their difficulty very easily – within an hour or two I was frequently dying. It’s important to assign the best skills to your characters as and when you unlock them. With the optimal builds (and providing the RNG gods are on your side) battles can be a piece of cake – but otherwise, they’re a constant frustration.

It’s a shame that Trulon: The Shadow Engine lacks a lot of polish, because at its core, it’s a pretty enjoyable experience. There are a lot of bad design choices that stop the game being as good as it could be – for instance it only takes around six hours to complete, and once you’re done you can’t go back to complete those side quests you may have unlocked. There’s no new game plus or anything, either. If you want to fully complete the game, you need to do so before entering the final battle – of which the game gives you no prompt. After you’ve finished the last boss, you’ll be transported back to the starting village, and you’ll be prompted that starting a conversation will end the game. Great – but you can’t actually leave the village or do anything else besides start that conversation.

There’s also little niggles, such as the fact the game’s visual clipping is one of the worst examples I’ve ever seen – prepare to walk through a lot of people, into barrels and get lost in hedges and walls galore. The art style itself feels at odds, too: the hand drawn in-game animations and character models are crisp and charming, but then the world map and the combat overlay screens are basic pixel art. It’s a strange choice that leaves the gaming feeling a little disjointed. 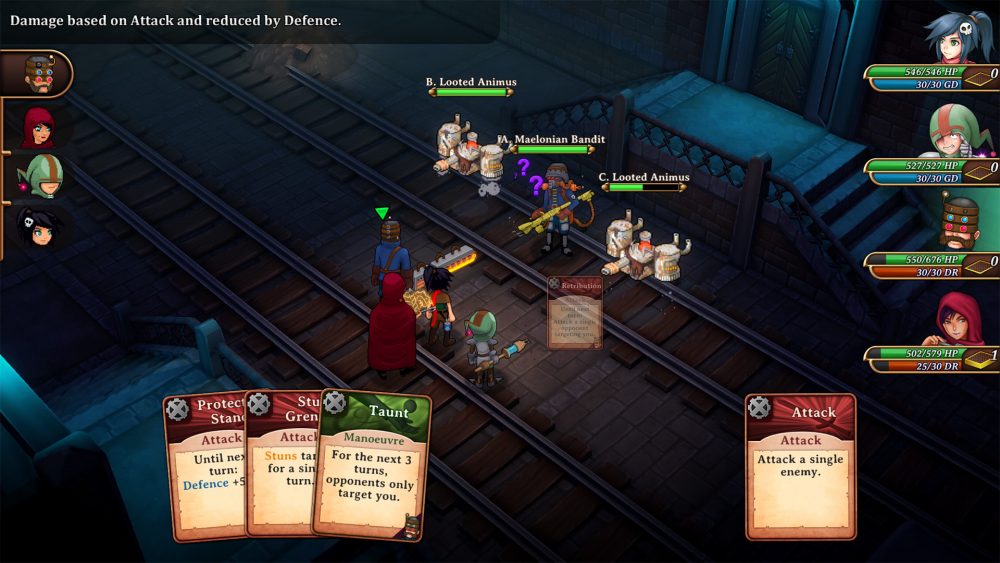 At the end of the day though, despite Trulon: The Shadow Engine‘s glitches and issues, my time with the game was still somewhat enjoyable. I was genuinely annoyed when I was unable to continue playing thanks to a glitch, and sincerely happy to be able to continue once it had been fixed. Would I want to pay £16/$20 for this on Xbox One, however? Certainly not. Pick it up for a few quid in a sale though and you won’t be too disappointed. Trulon doesn’t push any boundaries nor does it do anything particularly remarkable, but it’s an enjoyable enough little adventure.

Trulon: The Shadow Engine is available on PC and Xbox One. We reviewed the Xbox One version.