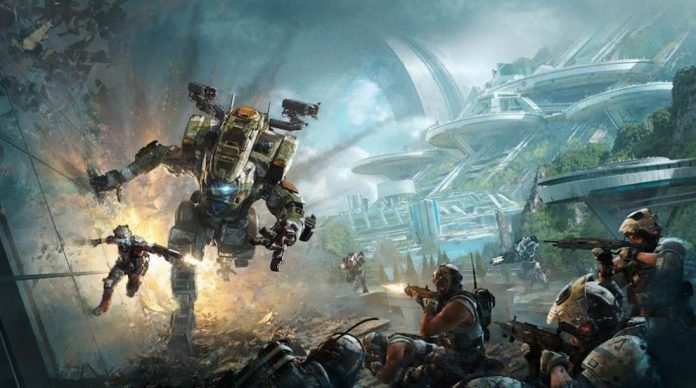 Titanfall 2 came as a breath of fresh air to those of us who were sick and tired of the rotation between the latest CoD and Battlefield titles. Its only mistake was that it released directly in between Call of Duty: Infinite Warfare and Battlefield 1; it was otherwise in my eyes, a perfect online shooter.

I loved the first Titanfall, and when I was able to get my mittens on a PC version after its brief Xbox One exclusivity, I fell in love with its more agile and parkour-like movement system. I was sliding under doors, twisting my body 180 degrees behind me to take super-precise headshots of my pursuers, and I was looking cool doing it. I didn’t think it could get any better; I’d finally found an FPS that mixed the great features of more arcade-style experiences like Quake and Unreal Tournament, but with a more serious and grounded treatment.

When I heard there was a sequel for Titanfall, I was excited to say the least. I was one of the people considering slamming down over £150 for a limited edition of the game that came with a helmet. I was hardcore into the franchise and wanted to see what Respawn could do with the story mode. Titanfall 2 came out, and everyone praised its excellent story mode and how its level design made perfect use of the parkour movement system. We were all also surprised at how memorable BT was, and the pilot-titan bond that developed within the narrative.

Better yet was the multiplayer. It was faster and more frantic, yet more refined at the same time. Gone were the customised weapon loadouts of the titans in favour of preset titan loadouts that each came with their pros and cons. The weapons were all finely tuned and had great feedback in terms of recoil and handling, and – with the exception of the broken Devotion – everything was just great. 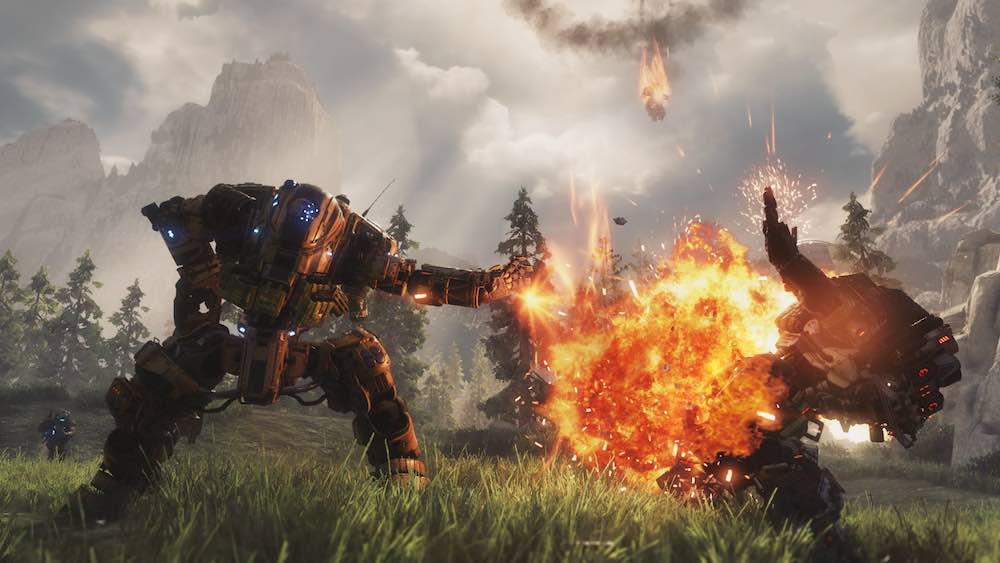 From day 1, I logged at least an hour every day, without fail, for months. I’d played nearly 100 hours, and loved every moment of it. Something just clicks with me when I play, and I regularly come out of a match with somewhere around 25-30 kills, and less than 5-10 deaths. The flow of it all, the speed of the pilot, the way the guns handle – Titanfall 2 and I get along really well.

I’m almost tempted to say it was close to becoming my favourite FPS of all time, especially when I find that flow moment, where the right matches are coming up with the right kind of people. That award still has to go to Halo 2 back in the day, however. I don’t think anything will replace those nostalgic rose-tinted days of me as a 13 year old, blasting other players on Xbox Live with my friends from all over the world.

However, there’s been a few recent changes to Titanfall 2. Changes that have made me go from playing every day to not really wanting to play the game at all. The changes aren’t all down to Respawn Entertainment, and some are just the state of the community. Having spoken to other Titanfall 2 players, I know I’m not the only one to feel this way. I got to Gen 4.0 before these issues made the experience much more dull for me, and why I stopped playing completely.

The biggest change is one outside of the developer’s control: the community. The player base just isn’t there. Since October, the game has slowly been declining in player counts since release. With a few brief surges in activity as the game has won various awards, it didn’t help that everyone started queuing for Attrition games only. Other modes would never have more than around 3–10 people queuing – and that’s if you were lucky. As such, Titanfall 2 has more or less devolved to only two gamemodes. If you want a game within five minutes, you have to go for Attrition, or at a push, Bounty Hunt.

Respawn’s answer to this was to remove the player count from the matchmaking service, so when you que for a game, it won’t tell you how many players it’s found, neither will it show how many other players are queueing in the gamemode as a total. So now when you queue for a game, you have no idea how many people the system has found, nor how many people are searching in the playlist. This was aimed at deterring players from queing only for Attrition games, after seeing that the other lobbies were empty.

This hasn’t solved the issue. There’s still just a few people – now we just have no idea what they’re playing. I was recently in a queue for an Attrition match, which would usually only take around a minute or so – but this time it took almost 20 minutes before I found a game. The playerbase has become too fragmented, and now many people don’t have the patience to wait when they have no idea on their progress in the queue.

The second major reason I’ve stopped playing Titanfall 2 is the Devotion heavy machine gun. When you hear the words LMG or HMG, you think about a bulky gun with a box of ammo strapped to the side that reloads slowly and has low, wide-spread accuracy, right? Well, Titanfall 2‘s ‘Devotion’ is a futuristic incarnation of this weapon type that becomes more accurate the longer it’s fired. Eventually, after shooting dozens of bullets for long enough, the accuracy more or less becomes a straight line with the rate of fire also increasing rapidly. It just becomes super overpowered to the point where people are using it to snipe people across the map. Sniping with an LMG/HMG… What is this? Battlefield Bad Company 2 all over again!? 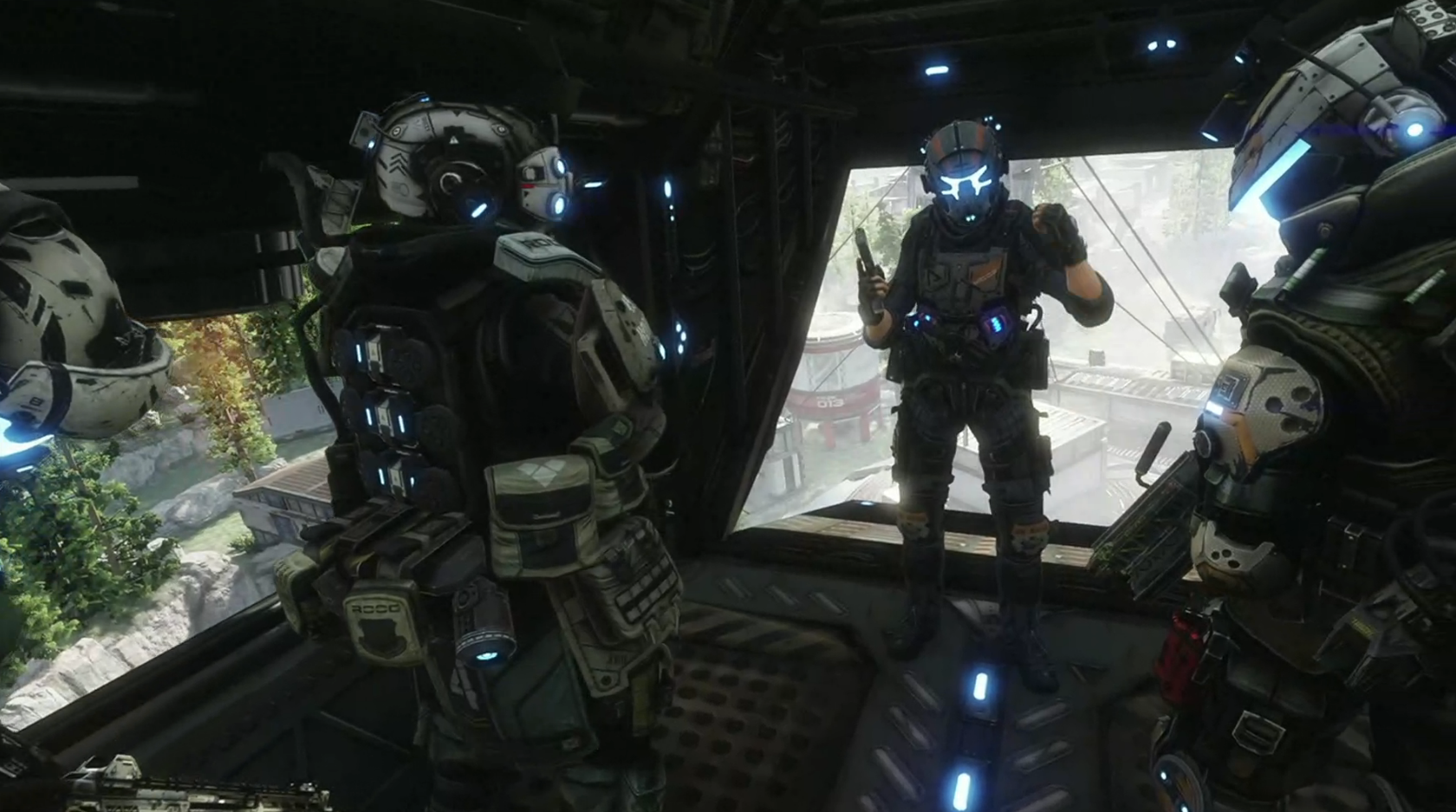 Thankfully, Devotion has been nerfed a little in subsequent updates, but the OP exploit weapons and titans are still running rampant. Scorch got a well-needed arc-line visual aid for its thermite cannon, but Tone is still dominating with its OP semi-fire cannon and lock-on missiles. Tone is currently the highest damage output with the most defense in the game, with patch notes mentioning very little to combat this problem. Between those problems, having a sonar gun to detect nearby enemies and having ridiculous cross-map range, very little can compete with Tone beyond a Scorch slamming its fire-wall shield into it at close range.

Reading the patch notes on the main menu, it’s clear to see that Respawn is trying to balance the game and make meaningful changes, and I admire that commitment. It’s just just a shame that what began as a varied game of skill, reaction times and diverse loadouts has become largely unplayable in a meaningful way. I desperately want to get back to playing Titanfall 2 every day again, but it just isn’t happening.

I’m currently jumping into the game once a week or so just to see if anything has changed. I grudgingly start-up my search for an Attrition or Bounty Hunt game (sometimes I add CTF and Amped Hardpoint in there too), and the queue times are still taking longer than five minutes on occasion. Titanfall 2 is a game about speed and a fast turnaround of matches to stay in that fast-paced frame of mind. At launch, matchmaking was taking a maximum 30 seconds; everything was quick and speedy, and everyone was using the full range of weapons and titans to play. You had to constantly adapt and be on your best performance to stand out from the rest.

Sure, every game changes as time goes on. New players come in and change the meta of the game, and long-standing players begin to work out what kind of situations are common and which weapons have the best stats for most of those scenarios. The meta has finally emerged for Titanfall 2, where people use the same titans and the same overpowered weapons, and it takes away everything I loved about the game.

I really hope that Respawn keep working on Titanfall 2. They plan to support the game with extra content without the need for a season pass (a great move!), but I don’t know if the damage has already been done. Many players I used to play with have already stopped going back to check, and their communities have started to shy away from playing as much as well. It would be a shame to read in a few months that Titanfall 2‘s community has died a quick and quiet death, when it was initially so strong and different from other FPS communities.

Looking back to Titanfall 1, its PC community died fairly quickly in comparison to other FPS games. I have the feeling the same is going to happen again, where less than six months after release, Titanfall 2‘s community, at least on PC, will be down to less than 100 people, all queueing up for Attrition…

I really hope not.