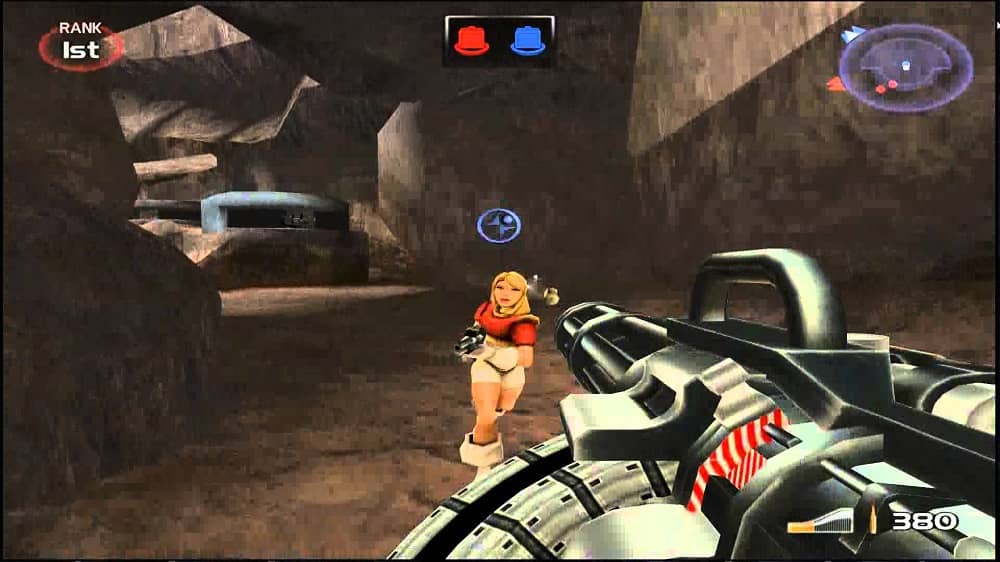 As first-person shooters go, there are very few as iconic, nostalgia-inducing or endlessly popular TimeSplitters 2. Maybe the Nintendo 64’s Goldeneye 007, but the PS3/360/Wii-era remaster disqualifies it from this list. The single-player campaign in TimeSplitters 2 was a little forgettable so let me jog your memory; you played as Sgt. Cortez with his weird Riddick-style goggles, going all “Scott Bakula” and jumping around time and space as you collect time crystals from various iconic times or places throughout history. The story was a little forgettable, but ultimately it sent you to areas like frozen Siberia, the Wild West and even Paris and 1950’s Chicago, so there was always plenty of variety in environments and characters. The real reason we’d want a TimeSplitters 2 remaster, however, is for the sweet, sweet, slightly-bonkers multiplayer.

Running around as a gingerbread man and watching a snowman set fire to a dinosaur was hilarious. Playing as Robo-fish (a goldfish bowl atop a robot body) with his height advantage (à la Odd Job in Goldeneye 007) and shooting your mates as they get smaller with each death was equally so. The possibilities for mad-cap antics of the multiplayer were limitless. Games like Call of Duty and Battlefield take themselves very seriously and I suppose, given their subject matter, they probably should, but nothing has really come along that comes close to TimeSplitters 2 and its vast amount of levels, characters and game modes. 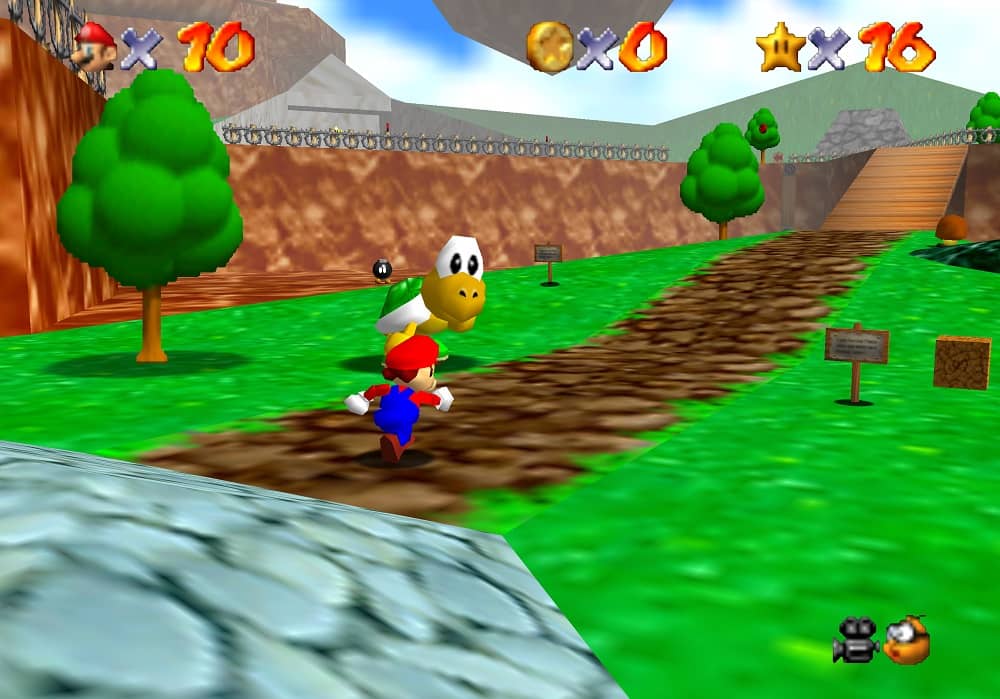 This list may be saturated with 3D platformers from the 90s, but there’s a reason: there were so many good ones! Super Mario 64 is undoubtedly one of the best; if you owned a Nintendo 64, this, along with Ocarina of Time was more than likely a staple in your collection. While Mario and his pals have had many outings since the N64 days, many would argue that none of his adventures – 3D or otherwise – have ever come close to the greatness that was Super Mario 64. It’s often hard to see how a game that relied so much on its 2D stylings could translate into 3D, but Super Mario 64 managed to do it well – so well, in fact, that it’s still lauded as one of the best 3D platformers today, even after 20 years.

In the dawn of the Nintendo Switch era, it seems like a perfect time to remaster Super Mario 64. Sure, there was that iffy DS port back in 2004, but we’re not counting that because… well, it was a bit naff. A Switch version of the game would be perfect; the option to play handheld or docked would complement the addictive nature of the platformer – and who wouldn’t want the opportunity to play the best Mario title again in shiny HD graphics?