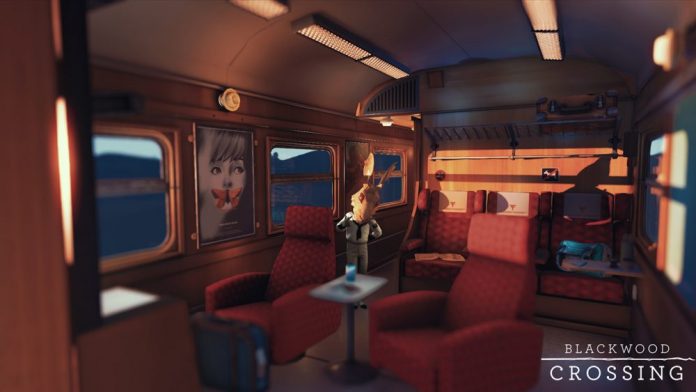 It’s rare a game can be beautiful, thought-provoking, moving, challenging and compelling all at once. Yet, that’s exactly what Blackwood Crossing is.

The first game from Paper Seven, a UK-based indie studio founded by veterans from Black Rock Studio, Blackwood Crossing shows the finesse of their shared years of experience. Still, it’s a major departure from their projects at Black Rock – SplitSecond, Pure and Moto GP included. It’s a testament to just how much skill and passion the team has between them to be able to create something so different, loaded with so much raw emotion. Blackwood Crossing feels like a fantastical adventure at times, but its essence is very much grounded in reality.

Blackwood Crossing puts you in control of Scarlett, an adolescent girl accompanied by Finn, her younger brother. Not much of an introduction is given to either character and the situation they find themselves in, but as the game progresses, we learn more about each of them, their relationship and their family. It’s hard to talk about the game in much detail without revealing too much of the story, and Blackwood Crossing‘s careful yet selective reveal of its narrative is perhaps key to the entire experience. Very little is ever given away, and a major facet of the game is in drawing your own conclusions as to what is going on.

It’s apparent almost instantly that Blackwood Crossing isn’t at all what it seems. What starts out as an innocuous train journey for a sister and brother soon unravels to be a very surreal, dreamlike sequence of events. Right from the start, the game toys with your senses as you’re left second-guessing what is reality and what is fantasy; you’re never quite sure what’s happening or what’s going to be waiting for you around the next corner, and it’s that feeling of uncertainty that propels you to keep playing. 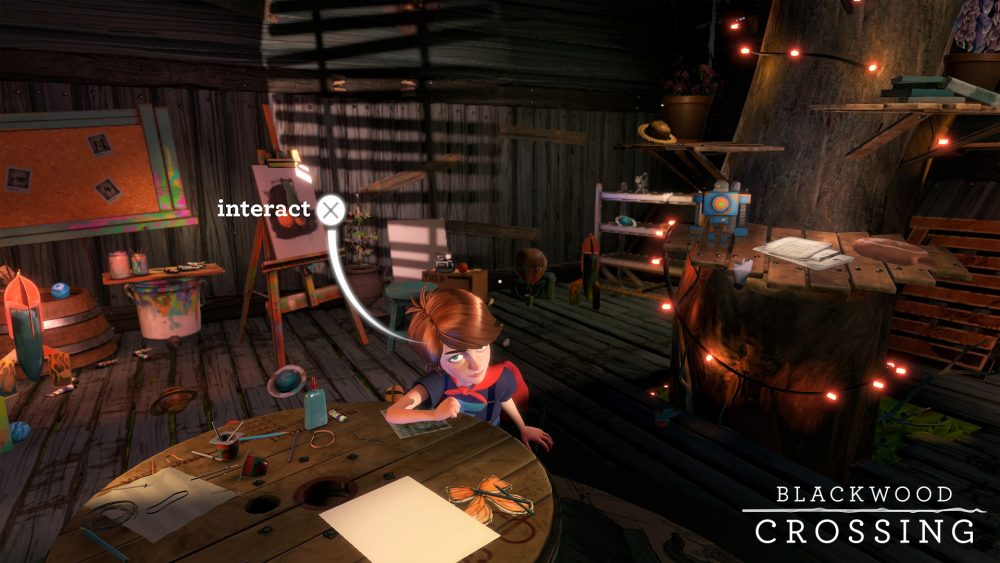 Whether it’s a dream or not is largely irrelevant though; what is very real is the bond between Scarlett and Finn, a bond very much grounded in reality and one that anyone close to their siblings will be able to relate to. Finn, still a young boy who’s into imaginary play and arts and crafts, struggles to understand why his older sister – in her mid to late teens – is now more interested in seeing her boyfriend than playing the games they used to play together. Finn’s adoration of his sister – and his anger and upset that she now has other ways to spend her time – is all too tangible, as is Scarlett’s maternalistic love – yet teenage frustration – towards her little brother. Regardless of the supernatural overtones that feed the visuals of the game, Finn and Scarlett’s kinship is the true backbone of Blackwood Crossing.

It is a feast visually, though. Blackwood Crossing takes place in a fairly limited amount of locations – there’s a train, a treehouse and a garden set upon a tiny island. Although small in scale, each location is beautifully crafted and brought to life with extraordinary detail. Even the train windows, looking out onto a blurry countryside, show the reflections of our protagonist Scarlett, the only real glimpse we get from our first-person perspective. The treehouse – the spiritual home of Finn and Scarlett – is packed with mementos from their childhoods; toys and games that tell a story of who they are and the hardships they’ve faced in their short lives. The island is bursting with character; blisteringly bright skies and delightfully green grass makes it a picture-perfect idealistic representation of a British summer afternoon. The wonderful cartoon-like art style somehow emphasises the mystery shrouding Blackwood Crossing; everything has an air of fantasy despite its realism.

Despite being a fairly short experience – you’ll likely complete Blackwood Crossing in no more than a couple of hours – it’s packed with plenty of involved gameplay. Despite initially feeling more like a walking simulator than an adventure game, it does throw plenty of puzzles at you – a couple that really do require a bit of thought. Some puzzles involve finding items in the environment, while others involve talking to the mysterious secondary cast of characters that appear throughout the adventure. Characters that are integral to Finn and Scarlett’s life appear, almost as snapshots of their living forms, each with a small line of dialogue to share. Piecing the dialogue together in the correct way will progress the game, but will also reveal more of the narrative that Blackwood Crossing is coyly trying to tell us.

The final scenes of Blackwood Crossing are an emotional tour de force, but don’t come as much of a shock as the game unfolds. The direction the game leans in becomes rather obvious part way through, but it doesn’t make the gut wrench any less impactful. And although the unravelling of events leaves little room for doubt, I still found myself left with many questions that I wanted answering. Despite only being two hours long, PaperSeven managed to forge a connection between me and these two characters, and I felt desperate to know more about what I’d just experienced. How much of it was just a dream? How did Finn and Scarlett get to be here? How did the real events unfold? I suppose that’s just up to our own interpretation. 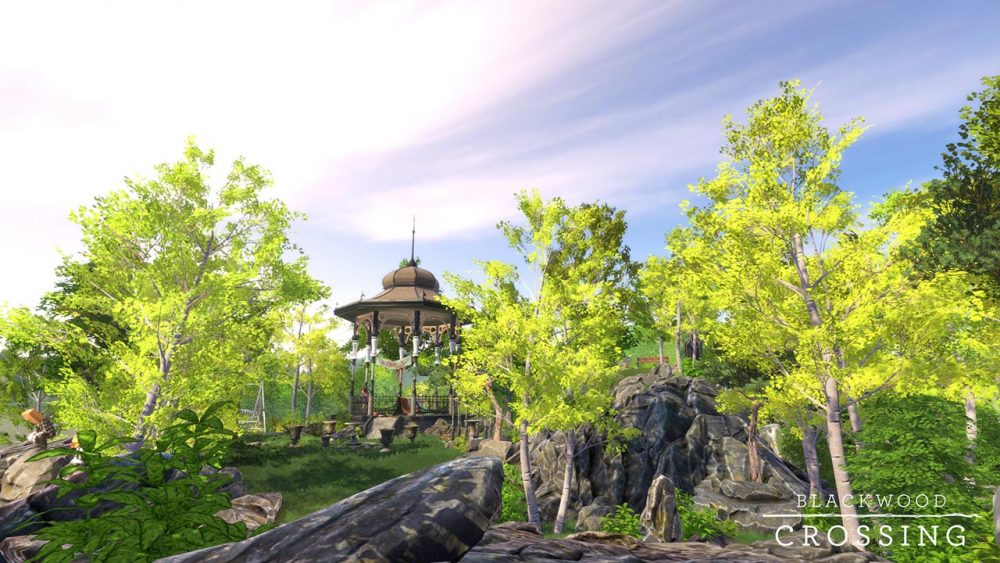 If you’re looking for an unconventional but beautifully-told story, then Blackwood Crossing deserves to be on your radar. It’s not perfect, but the amount of love that pours out of the game – both in terms of the visual and technical quality from the team of developers and in the palpable relationship between the characters – far outweighs any minor nitpicks you could have. You just might want to make sure you’ve got a tissue ready for when your eyes inexplicably start leaking.

Blackwood Crossing is available on PC, PS4 and Xbox One. We reviewed the Xbox One version.