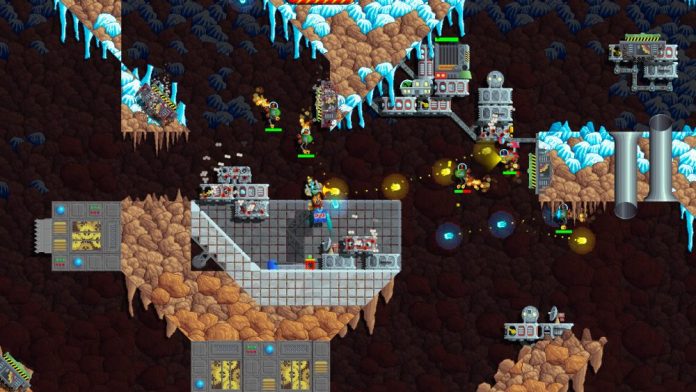 No, I’m not penning a video game version of Fifty Shades of Grey; I’m merely reminiscing about playing Thrust, an eighties game which, to all intents and purposes, was my Dark Souls. Thrust was an excruciatingly hard inertia shooter which saw you piloting your ship and below the surface of a planet, battling gravity and your dwindling fuel supply. You’d have to apply just the right amount of thrust to keep yourself airborne; too little or too much could send you crashing into the walls of a cavern. And just when you’d got used to controlling your ship, the game tasked you with picking up a giant pod. This pod hung from your ship like an oversized metallic testicle, making it even harder to control your ship.

Captain Kaon, a game which the designer claims is inspired by Thrust, isn’t quite as tough as its spiritual forbear. The plot is, frankly, a load of old guff, something that Captain Kaon has in common with the 16-bit games it’s trying to emulate. In fact, if you’ve ever experienced the Amiga era you’ll be struck by how closely the game mirrors that aesthetic, from the minimally-animated intro right down to the brightly coloured pixelated graphics. Though you’ll be grateful for the existence of modern gamepads; while Captain Kaon does feature keyboard controls, they’re as easy to as handle as a greased octopus. Plugging in a gamepad makes the game a great deal more user friendly.

As was the case with Thrust, Captain Kaon sees you piloting a single ship through a series of caverns. Aside from battling the enemies who inhabit these levels, you also have to wrestle with inertia. Firing your thrusters will cause your ship to move forward, stopping only when it runs out of momentum. The gravitational pull within each cavern, while not as strong as Earth’s own, means that you’re also being pulled ever downwards. You have unlimited fuel but, conversely, over firing your engines will send you careening into the cavern walls. 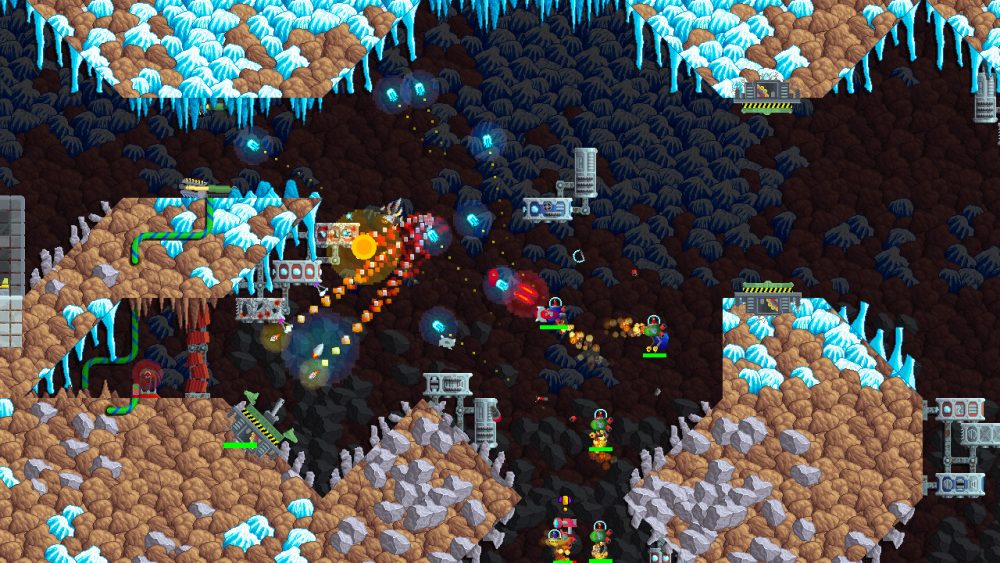 All the while, you’ve got to keep your eyes out for enemies, using the right stick to annihilate any enemies who roam into your path. Nor does retreat guarantee your safety since some foes will pursue you. Maintaining control of your ship while fending off enemies is a real balancing act which, when mastered, feels oddly rewarding. Then the game throws an even tougher level at you and you feel like a space rookie all over again.

The actual objectives you’re presented with vary from level to level, so you may be tasked with destroying targets, downloading data or even taking an item to the surface. At some point you will end up having to drag an object behind your ship, perhaps to power up a locked door, which in turn leaves you struggling to control your ship. Though Captain Kaon dials down the frustration factor by letting you ditch the object and come back for it later if you want to scarper back to your base for swift repairs. The game’s also more forgiving than its predecessors in so much that it takes multiple hits to kill you which leads to less screaming at the screen.

Throw in destructible enemy respawn points with increasingly narrow passages and you’ve got a game that excels at keeping you on your toes while never making you feel like you’ve hit a brick wall. While you initially feel as if you should tread – or fly – with care, risk also pays off. It’s immensely satisfying to fly down a rock corridor, fire your engines at just the right moment and blast under an enemy’s defences with mere seconds to spare. The levels can appear daunting, but the obstacles are never insurmountable. You may find yourself replaying a level three or four times before you’ve conquered but you’ll never begrudge the game for its difficulty.

However, while Captain Kaon has the potential to be a smash, there’s one significant problem with the game that risks limiting its appeal. While it’s ostensibly an arcade game, it’s buried beneath a rather clumsy resource-management/exploration front-end. So instead of jumping straight into a mission, you have to poke around in the somewhat unwieldy interface. 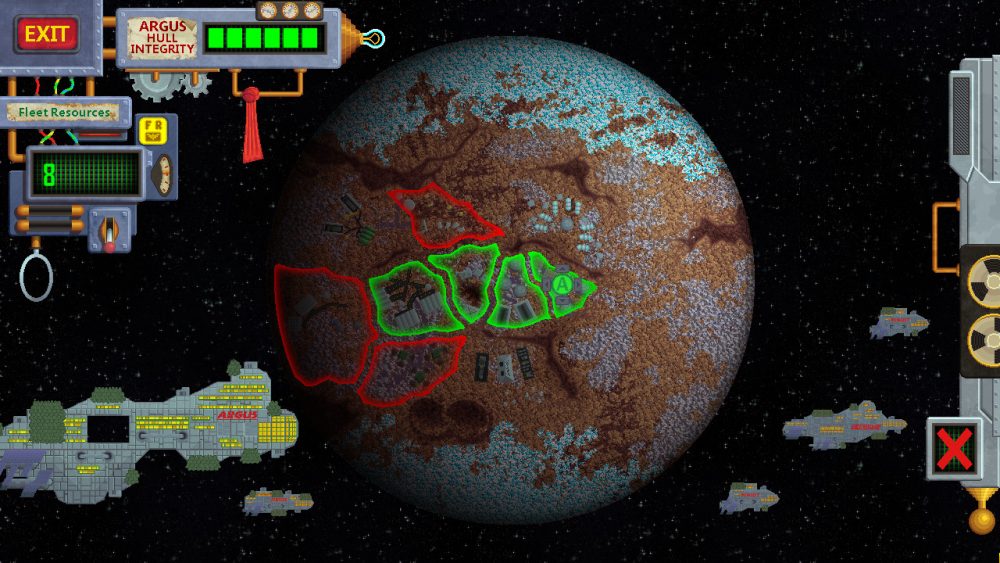 Launching a mission requires you to have enough resources which are gathered by clicking on a area you’ve already completed. However, there’s a chance that your mothership may come under attack. This might sound like a cue for a space-battle but it’s not – you’re instead thrown into another 2D mission, though not the one you were expecting to play. Granted, some may appreciate the opportunity to upgrade their ship or micro-manage their progress, but I found it more of an imposition.

The game’s spark nevertheless manages to shine through this unnecessary veneer. Regardless of whether or not there’s any nostalgia factor here for you, Captain Kaon is a genuinely engaging shooter that will keep you coming back for just one more go. At its budget price, unless you’re averse to a challenge, Captain Kaon is well worth checking out.

Captain Kaon is available on PC.