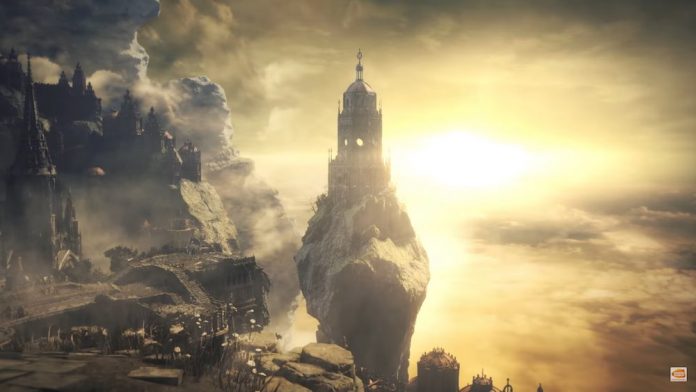 And so we have reached the end of Dark Souls as we know it.

With the new Dark Souls III DLC, The Ringed City, we have received the final piece of planned content for not only III, but the Dark Souls series in whole. The Ringed City is a brutally unkind piece of content that shows the series at its best, but also unfortunately its worst. It’s no surprise that the environments are vast and beautifully designed, and it’ll also be no shock to hear that the new enemies hit like trucks and some of them can’t even be killed. However, there are two bosses that will undoubtedly test your skill and patience a little too much; the standard one-on-fights change to taking on groups of enemies at once, requiring you to manage your space as well as your Estus. It’s because of this that I feel the DLC falls short of greatness.

Once you begin The Ringed City you are brought to a whole new area, The Dreg Heap. It’s almost a MC Escher painting in design, with ash-covered buildings sitting on their side as well as upright. The ash is not just aesthetic, but also a gameplay device. Dropping off from ledges over ashen floors will prevent any fall damage and is key to proceeding through these first few sections. It’s an interesting design and it messes with your expectations – generally, falls from such heights end badly. My stomach went up to my throat on more than one occasion while taking these leaps of faith.

Enemies in the area can respawn despite killing them, so it’s best to avoid them and keep moving. Eventually you will encounter an “Angel”, a seemingly unkillable enemy that shoots a barrage of light arrows at you whenever they see you. These light arrows can – and will – take down a full health bar very quickly. Here is where Dark Souls III introduces an almost stealth mechanic; you must break the line of sight and carefully advance when the situation presents itself. Thankfully, you’ll eventually find a way to kill these Angels – and thankfully they stay dead even after visiting a bonfire. This frees you to do some light backtracking and exploration in the areas you previously had to run through. 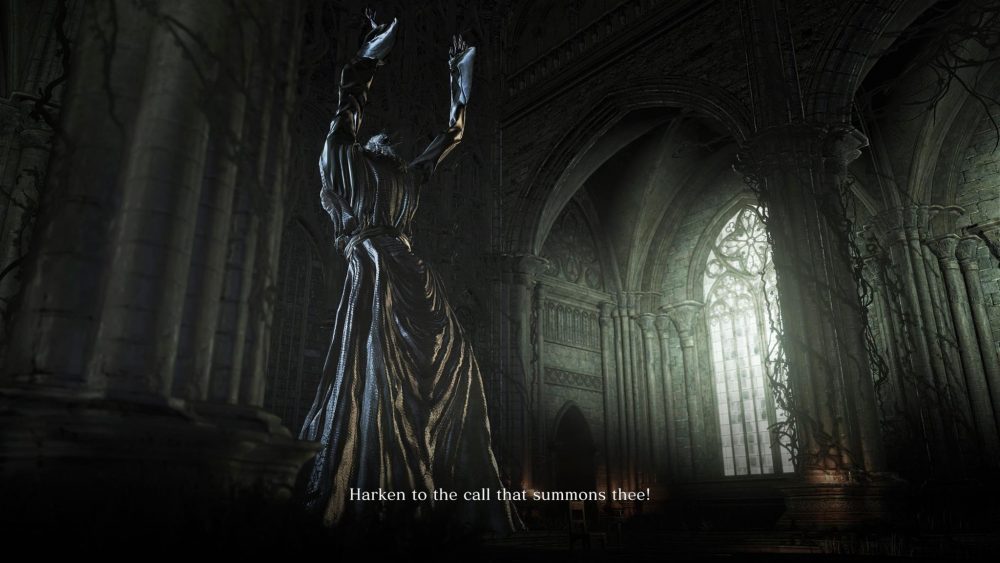 The first boss of The Ringed City is a tough fight made tougher by the fact that, much like the last boss in Ashes of Ariendel, you have to fight two at the same time. It means depleting two massive health bars before moving on to a third phase which is actually tougher than the two. I’ve always felt that the strength of the Souls bosses lies in masterfully designed one-on-one fights. Having to fight two bosses at the same time works for Ornstein and Smough as a one off, but having to do it repeatedly felt to me like a lazy way to add a false layer of difficulty to the game – which, up to now, is something I’ve always admired FromSoftware for not doing.

The multiple boss issue is further compounded by the camera. It’s impossible to see everything that’s happening at once, so with more than boss to deal with, it’s easy for one of them to one-hit you from behind – which happened on more than one occasion. To mitigate my frustration, I ended up summoning the two available NPCs and just had them distract one boss while I felled the other.

The second area I found myself in was the titular Ringed City, and it’s truly where the beauty of Dark Souls design is on display. Massive in size and clever in the ways it interconnects, The Ringed City is far and away my favourite area in Dark Souls III in general. I wasn’t sure that would be the case at first, however; once again, you’re faced by an unkillable foe that fires projectiles at you unless you hide behind conveniently placed obstructions. Only this time, trying to kill the summoner for these new enemies isn’t an easy feat – he continues to summon archers as well as more unkillable enemies that pack a mean melee attack. I had little option but to run, leaving whatever loot I could have gathered where it lay rather than deal with the frustration.

The next boss in The Ringed City harkens back to a boss fight in the original Demon’s Souls in which a player is summoned to fight you. In Demon’s Souls this PVP session was generally a one-on-one affair and was actually pretty fun. Here, however, you will have to fight not only the player but also a Painted Guardian that respawns during the fight and takes an inordinate amount of damage. Remember when I said I prefer the one-on-one fights of Souls bosses? It’s an extra maddening decision here, considering how well the PVP element worked in Demon’s Souls eight years ago. Thankfully, the final boss of the DLC is a more traditional fight and is arguably one of the best in the entire franchise. There is also an optional boss I have yet to defeat. 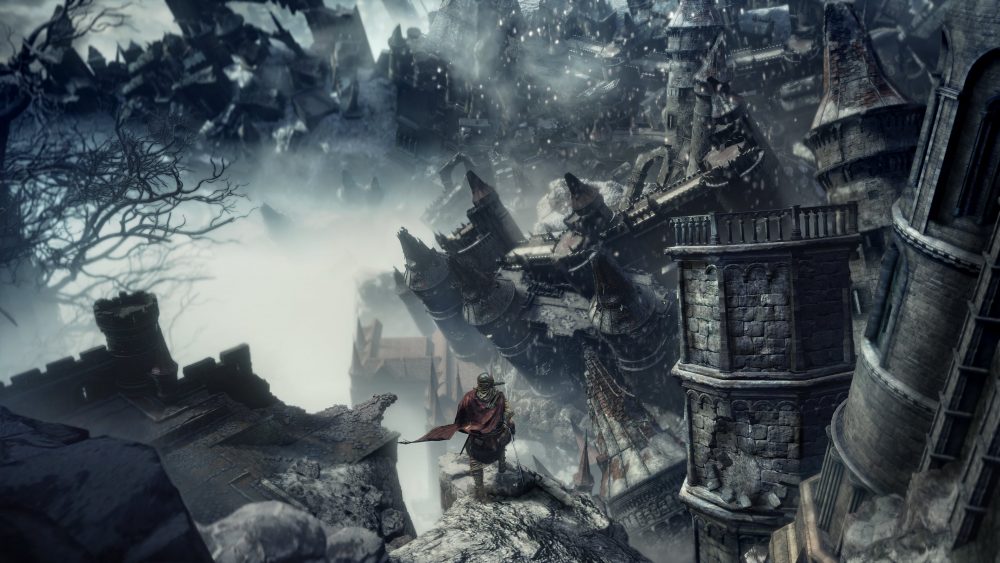 When I finished The Ringed City’s critical path, I was left with pangs of sadness and some mild disappointment. While it was still able to surprise me and leave me in awe with its level design and enemy encounters, I couldn’t help but feel like the game wanted me to get through it as quickly as possible until I ran into walls with the Bosses. Dark Souls is over (for now) and I just wish it could have maintained its high bar throughout.

Dark Souls III: The Ringed City is available on PS4, Xbox One and PC. We reviewed the PS4 version.