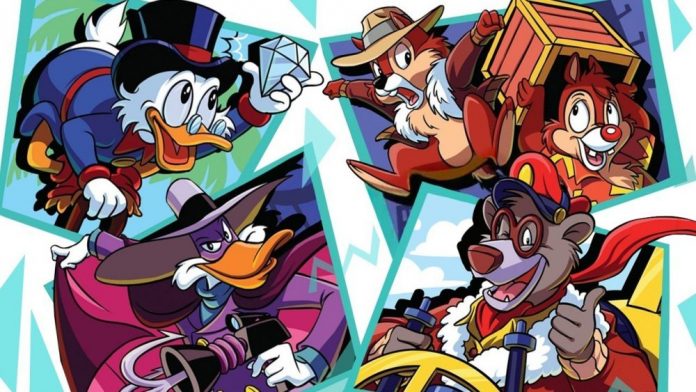 Given the choice between playing one of the many brilliant AAA releases we’ve seen so far this year, or some Disney tie-in from the late 80s and early 90s, it may seem rather strange to be opting for the latter.

Once you wipe off that digital dust of the nearly 30-year old, two-dimensional side-scrollers with 8-bit graphics and midi-soundtracks and get settled into Duckburg though, you’re in for a quacking good time. (I’m sorry, I couldn’t resist.)

I’m of course talking about The Disney Afternoon Collection, a largely anatidae anthology of six classic Disney NES titles. Included, in order of release, are:

Each game is pixel-perfect, presented within a border to display it at the true screen size it was developed for. I didn’t mind playing this way and, in fact, I quite enjoyed the extra nostalgia that came from playing within a brightly-coloured border. You can, however, adjust the screen options if you wish; the game lets you choose between full-screen mode, where only the edges are bordered to keep the true aspect-ratio, or a “stretch” mode – but at a cost of slightly distorting your characters. In a further, very neat touch, you can also choose to play with no filter, or one that emulates either an old CRT television (complete with flicker and a little colour-bleeding) or a monitor, for the early 90s, high-contrast computer vibe, complete with scan-lines. Whilst fun to mess around with, I found it most comfortable to play with no filter. #NoFilter.

Developer Digital Eclipse has plenty of experience of porting older games to newer hardware – most recently the 2015 Mega Man Legacy Collection – and The Disney Afternoon Collection continues this trend by adding new bells and whistles without affecting the integrity of the original titles. The most appreciated of these new functions is, undoubtedly, the rewind function. It’s as simple as it gets; there’s no “rewind meter” to fill and no limit to how many times you can use it, either. Been hit by a stray snowball in the Himalayas in DuckTales or battered by a bat in Darkwing Duck? Just press a button and take yourself back to a safe area. More practically, you can also use it for mistimed jumps or to save yourself a long walk back if you jumped in a portal by mistake. There’s also an added pause menu and save/load function so you can pick up where you left off at any point; something we may take for granted now, but a very novel idea back when these games were released. 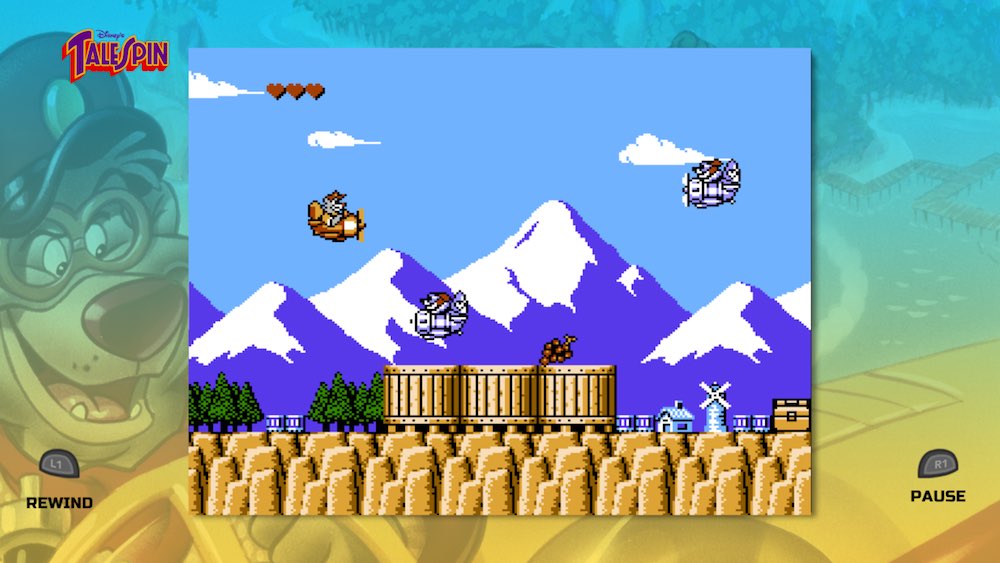 The larger additions to The Disney Afternoon Collection are the time attack and boss rush modes. Time Attack is pretty straightforward, but Boss Rush is more interesting, allowing you to take on each games’ boss battles in a random order. You’re racing against the clock, and each time you defeat a boss your time is stamped and the counter continues – there’s no rewinding here! Defeat each boss quickly enough and you’ll earn a spot on the online leaderboards, if you’re so inclined. There’s also the very neat option to race against a picture-in-picture of competitor’s best time. It’s a very nice addition that adds an extra layer of replayability, especially for those of us who enjoy chasing high scores.

On top of all this, The Disney Afternoon Collection also has a wealth of extra content to browse through, including concept art, posters and promo material from the games’ original marketing campaigns. There’s also a collection of music from the original games to listen to in a playlist for those real Disney fans/nostalgia buffs.

Unfortunately, The Disney Afternoon Collection suffers from one major bugbear: there are some parts of each game that suffer from pretty considerable slow-down or framerate issues. Given these games are almost 30 years old and the tech we are playing them on is immeasurably more powerful than the systems they were designed for, it seems like this is a problem that really shouldn’t exist. Whether this is a remnant from the games’ past, a known issue with the software they run on or even if the developers left it in for authenticity’s sake, I’m not sure. Ultimately though, experiencing any kind of slowdown is somewhat irksome, but isolated incidents don’t do too much damage to your overall experience.

Aside from the framerate issues, The Disney Afternoon Collection is overall a very pleasant experience and a worthwhile purchase for anyone looking for a taste of nostalgia. Sure, some areas are pretty difficult, but games of the late 80s and early 90s were designed that way – and the rewind function negates most of the issue anyway. For me, DuckTales and DuckTales 2 are the two best titles in this compendium; I got to play, once again, as old Scrooge McDuck as he pogo-jumps his way through various locales like the Amazon, Niagara Falls and the Moon (it was the ’90s!) and for me, that’s really all I want. If that was the only title in here, I’d say grab yourself a copy of DuckTales Remastered for PC, PS3 or 360, but it’s not; you’ve got a total of six titles to enjoy, including the excellent Chip & Dale: Rescue Rangers and its sequel including their two-player co-op modes, and given that even the weakest of these titles (probably TaleSpin – it’s just too difficult!) is still pretty enjoyable, I’d say if you have even the slightest inkling to play one of them, you definitely should. 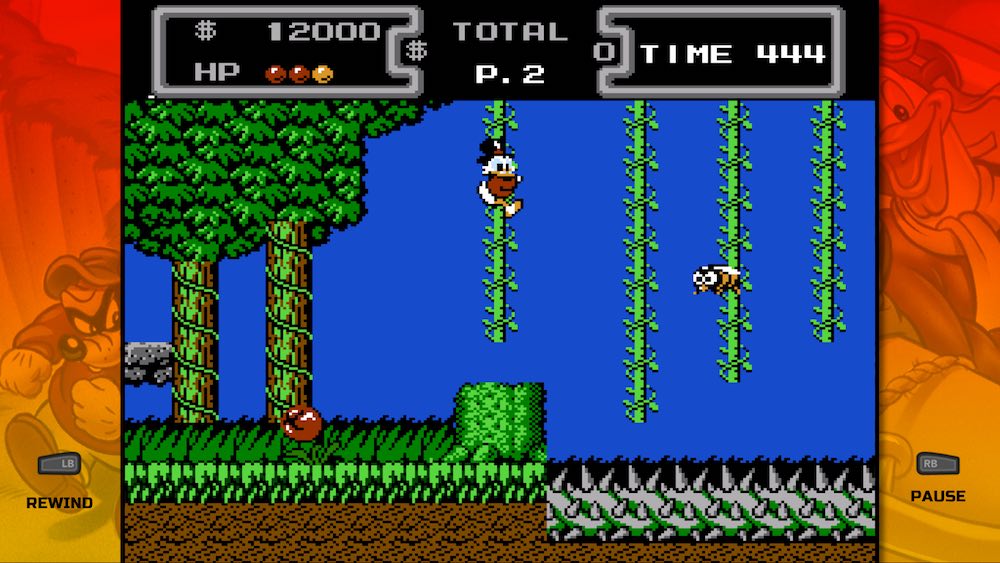 All of these bright colours and familiar faces gave me such a jolt of nostalgia I could practically taste the sugar-coated cereal and Ring-Pops as I yearned for the days when controllers only had a d-pad and two face buttons. I now find that I’m left wanting a second compendium from the SNES/Mega Drive era, comprising similarly nostalgic gems like The Lion King, The Jungle Book and Aladdin. But to be left wanting more is never a bad thing, so long as you feel there’s value to what you paid for, and with this 6-game collection and its quality finish, there can be no doubt about that. So grab your space-hopper, your SodaStream drink and a pack of Space Raiders and get stuck into your childhood, all over again!

The Disney Afternoon Collection is available on PC, PS4 and Xbox One. We reviewed the PS4 version.