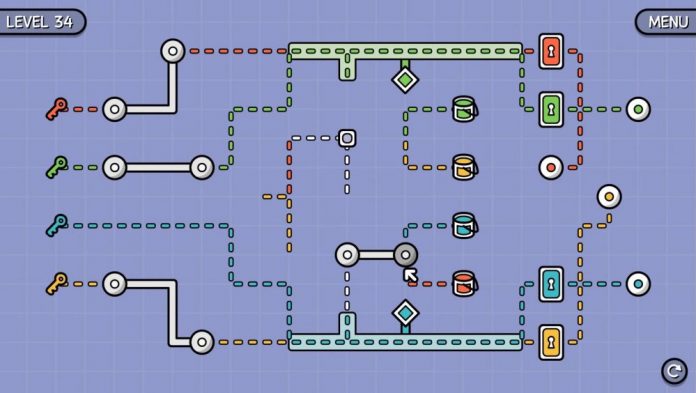 Never has a puzzle game caused me to rage so little. I like that.

When I first started playing Entangle, I expected a relatively straightforward puzzle game based on its premise: drag line segments across intersecting pathways to allow each to reach its goal. For the most part, this is true; in its initial levels, gameplay is relatively simple, providing some great pacing to adjust to the gameplay style before the inevitable difficulty scaling. Looking at that alone, the game does a lot right.

What I didn’t expect were the ways in which Entangle changes the formula to increase the difficulty and add some diversity throughout its 50 levels. From incorporating switches to change pathway colours, locks and keys, paint cans to colour neutral line segments, and more, the game manages to introduce new interesting twists to engage the player just as they feel confident in what they’ve already encountered. 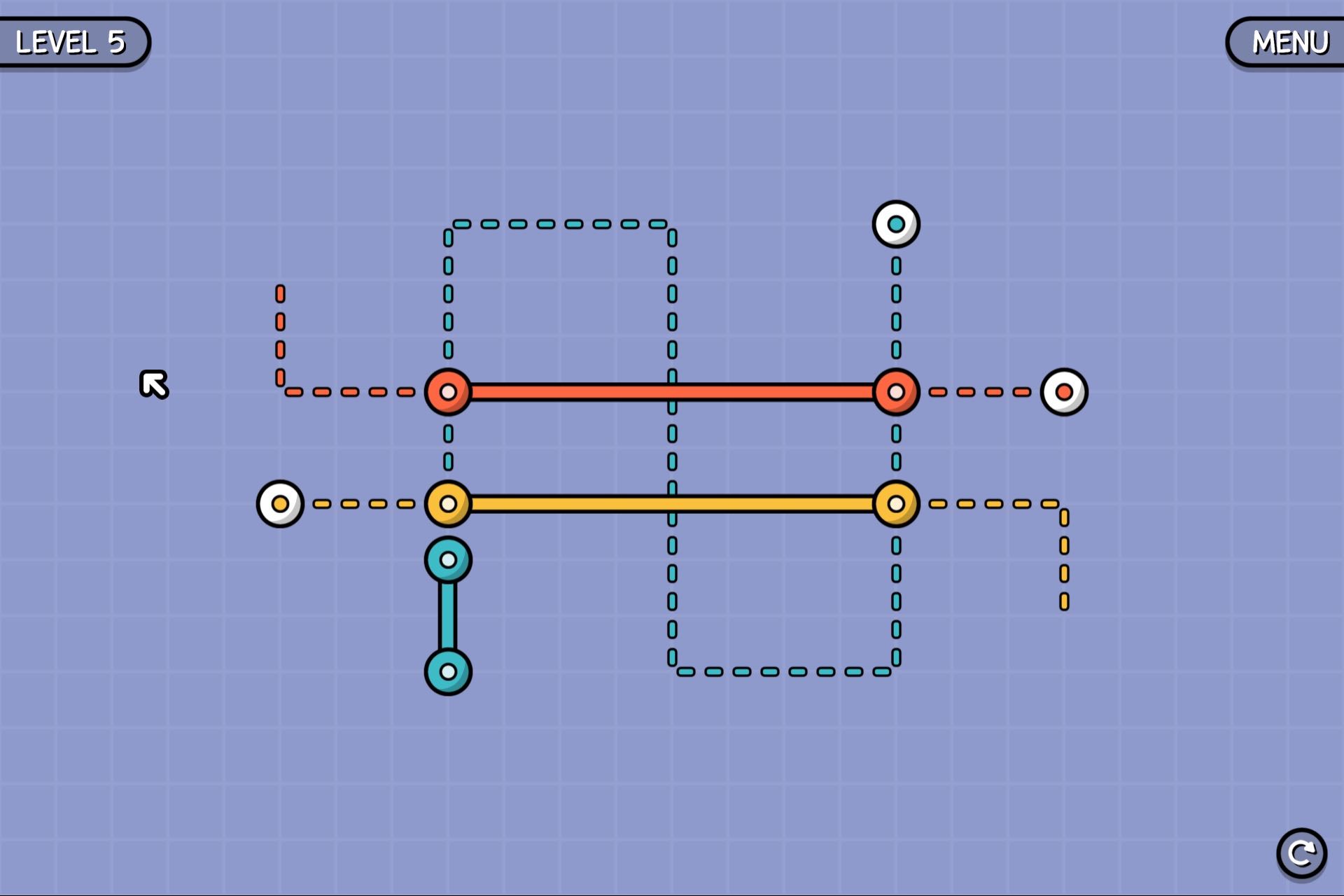 Considering the surprising level of complexity in its puzzles, Entangle still manages to feel refreshing, and that comes partially from its no-frills presentation. Visuals remain relatively simple, allowing the focus to remain on the puzzles. In no way do the visuals attempt to detract from the intuitive gameplay, and that is a very good thing. A pleasant discovery was the option to enable a colour-blind mode via the options menu, which is sure to accommodate those interested in the game who would otherwise find difficulty in the colour-based design. In addition, the game opts not to include a timer or optional objectives. For some, this may come across as a detriment, although I found it to facilitate one of the game’s strengths – its relaxing nature. With no reason to rush or return to previously completed levels, Entangled allows the player to solve its puzzles at their own pace – with no consequence. Doing so eliminates much of the likelihood of frustration and instead allows for a tranquil sense of accomplishment.

One thing that I found less appealing was the inclusion of only a single musical track. Granted, the included song is enjoyable at first, though it grew tedious following the completion of a few dozen levels. This is more a personal gripe than anything, as the music can easily be turned off via the menu. After turning the music off, I played Entangle while listening to music from my own collection, and then I got right back to pleasant puzzle-solving.

Given its relaxing design and focus on pure gameplay, Entangle is a surprisingly enjoyable puzzle game that can be tackled at any pace. Its minimalist nature eliminates the potential for replay value, but the 50 levels are intelligently designed and feel well worth its budget price.

Entangle is available now on Steam.