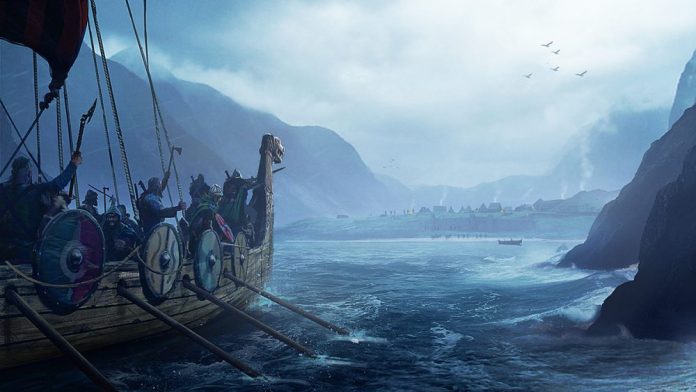 Leaving behind the Conquistadors, developers Logic Artists take us to Scandinavia for this instalment.

Following the same format of their previous title, Expeditions: Viking is a historical strategy RPG that doesn’t jam the history down your throat. Here, it’s all about strategy, exploration, survival, and leadership.

Expeditions: Conquistador was a surprise hit when it dropped in 2013. The mix of historical narratives, strategy, and deep RPG elements struck a chord with fans of the genre. With some new additions, Expeditions: Viking follows suit with fluid combat, a vibrant world, and lots of depth. Step into the shoes of the new ruler following your father’s death and lead your clan to prosperity. Gain their trust, build your homestead, create alliances, and defeat your enemies. There’s a lot to balance, but if you are patient enough the game will reward you. Create your character through a fairly detailed customisation section, and jump into the world.

The main goal in Expeditions: Viking is to become the best leader for your clan. Doing this is far more difficult than it sounds, since the game gives you a lot to balance. How you react to situations, speak to others, build your homestead, etc. will affect how people view you. Each member of your group, your ‘hirdsmen’, individually reacts and bonds with you, and even though you’ll strive for a sense of community, each person, neighbouring clan, and townsmen must be treated as an individual. This feature of the game really gives you the feeling that you’re trying to be a true leader, as you endeavour to be friendly and diplomatic, both at home and away. However, after a while, it can become overbearing trying to keep each party member happy.

The hex-based combat system makes a return, along with a few additions, and it is still fantastic. You can fight with up to five combatants initially (though that number grows), controlling each separately. The game allows you to have an action phase, and a sort of set up phase. Use a skill, heal a teammate, or attack an enemy and then seek cover before the enemy moves. The combat system is simply brilliant. Intuitive, deep, and effective. Finding cover allows you to avoid certain attacks, and the new ‘Attack of Opportunity’ system adds a wrinkle into the flow of combat. Move across a hex parallel to an enemy, and they’ll get a free attack on you. It’s a simple addition that drastically affects lengthy battles. The combat never fails to be fluid and engaging, and it kept me hungry for more. 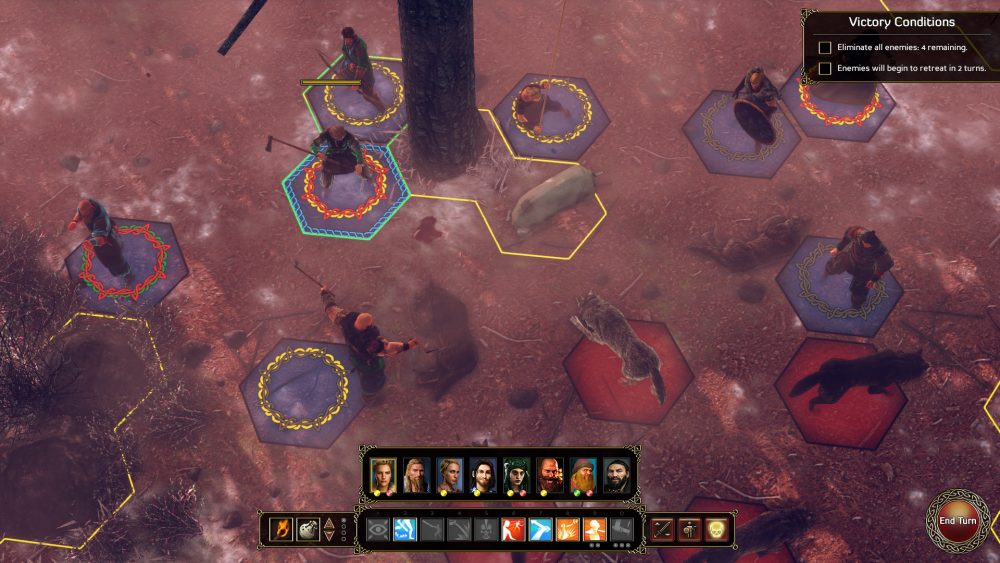 When you begin to assemble your larger group of warriors, Expeditions: Viking does something really fantastic: you don’t just pick from a group of people, you create them. Their names, looks, stats, classes, abilities; all of it. It really lets you set up the game the way you want. Just be warned, your newly created hirdsmen won’t have weapons or armour, so make sure to equip them! Upgrading stats, choosing abilities, and managing your crew is daunting but doable if you pay attention to the excellent UI descriptions and tutorials. Camping is a vital process, with an insane amount of detail in it. With this process, you’ll basically keep your team alive, happy, and well fed. Divvy up time between hunting, healing, cleaning, and guarding. It’s another piece of the game that truly gives you the feeling of being a leader.

Expeditions: Viking isn’t without flaw, though. Loading times, whether between areas or just starting up, can drag on at times. The camera is lightly touchy and hard to control until you figure out the finesse of it all. Dialogue, while mostly enjoyable and well written, is sometimes littered with out of place vulgarity that seems unnecessary. It has more to do with the fact, I think, that whether the dialogue is actually spoken or not seems pretty random. It can be extra weird when random team chatter is going on while you’re in a conversation with someone else. It’s hard to read with talking in the background, or even worse when two people are talking over each other. But worst of all, by far, are the crashes. My game had a crash at least every other sitting.

Not enough can be said about the mass amount of useful information Expeditions: Viking gives you at all times. Hovering over enemies in battle, after selecting an attack or ability, will show hit probability, potential damage, block chance, and anything else you could ever need. One thing the game doesn’t blatantly tell you, that I wish I knew earlier, is you can search defeated enemies for items. Having resources is useful for trade (another great system in the game), building your homestead, and crafting equipment. No matter what element of the game you examine, there is loads of helpful detail and information for you to take in.

However you cut it, Expeditions: Viking is a great strategy RPG. There is more than enough to keep you busy, plenty of skills to customise your playstyle, and loads of quests and adventure. The combat system is near perfect, crafted in a way that gives the players control over every element. I constantly found myself enjoying something new each time I played. Layered with enough depth and intricacy for genre veterans, but loaded with fantastic tutorials and information for newcomers, this game welcomes all types of players. A formula that has been bettered, through and through, Expeditions: Viking is an absolute joy.

Expeditions: Viking is available on PC.