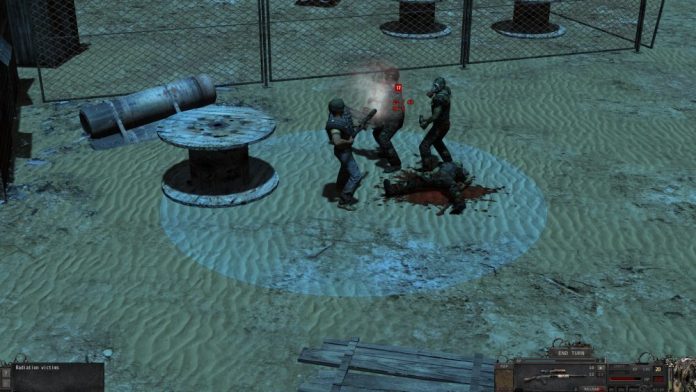 The desolate wasteland of Krai Mira returns with this new edition.

While it boasts more content than before, it doesn’t really change the experience enough. Krai Mira: Extended Cut offers old school RPG fans something to enjoy, but isn’t inviting for casual fans.

The core game has not been altered much with this new edition. Fans of early Fallout and Wasteland games will again feel at home, however. You have one main quest to follow and what you do outside of that is your call. There’s quests, encounters, loot, and exploration. The Krai Mira: Extended Cut now allows players to continue their adventure after completing the main quest. While the game showcases a fair amount of change, it doesn’t shift the game enough to benefit casual RPG fans. It continues to be a gift for die hard genre fans, but the numerous issues present in the base game, although somewhat accounted for, still linger.

Simply retracing our review for the original release of Krai Mira is fruitless, but I will say nearly all of it still applies. The world has great detail and gives a true sense of desolation in the world. The writing is rough at best, and the UI is still a bit of a mess. Although this new version comes with UI fixes, it is still a headache; there’s little to no description for items and microscopic numbers that dictate what stats you need for certain items. Although new tips and hints are here, much of the game is still left in the dark without even a slight hint at what you can/should/can’t do. I like not having my hand held in a game, but Krai Mira: Extended Cut might push that a bit too far for some players.

Combat is a huge part of the game, but it’s a struggle to navigate it at times. You function off AP points, and doing any sort of action uses those points. Even minor tasks like reloading, checking your inventory, or pillaging a body take AP. It certainly turns combat into a strategic battle, but it feels a bit like overkill at times with how much AP simple actions require. Not to mention you gain no XP if a party member (that isn’t your dog) gets the final blow on an enemy. AI is a mess, inside and outside of combat. Your party members will clog pathways during combat, and you can’t move through them. The difficulty, at times, can feel artificial, which is no fun. Overall, combat feels underwhelming. 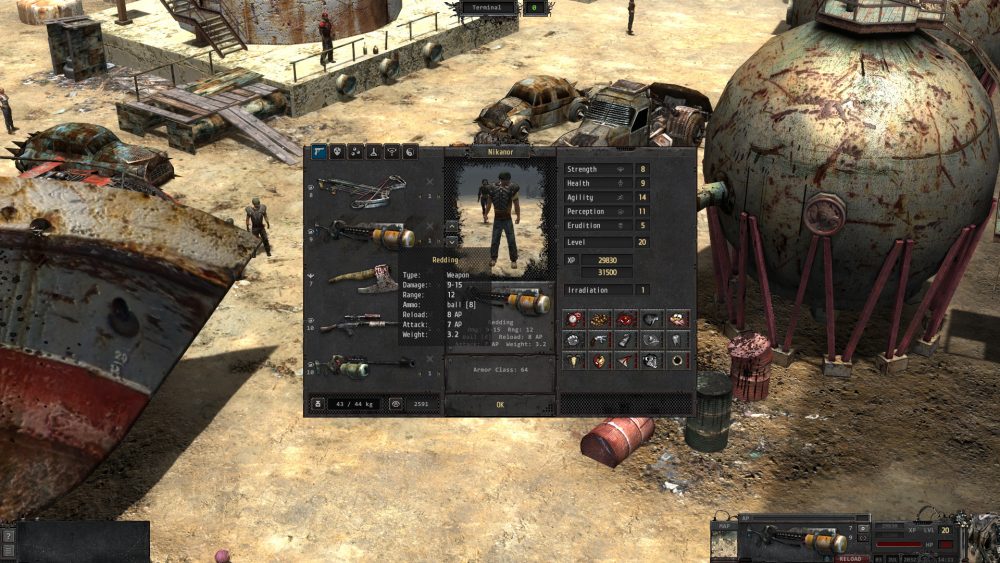 The true pain of Krai Mira: Extended Cut is that it doesn’t feel like a new, improved game. Sure, it’s got new areas, new enemies, more random encounters and some big fixes, which all sound great on paper, but they don’t clean up all the previous messes. There are still issues where AI will have dialogue icons over them, but won’t speak to you. Quests come with basically no information, just names and places. It certainly lets you play freely, which is great, but you could find yourself searching for answers for longer than you’d like. What sits at its core, however is still a great exploration experience. Though you can’t really make a connection with your character, you can craft the build you desire; being some nobody in this wasteland kind of feels right.

Krai Mira: Extended Cut does have a large world to explore. You use maps to travel from area to area, with random encounters heeding your trips. The balancing of exploring, levelling, and surviving is easily the most enjoyable part of the game. That aspect of the game is perfectly reminiscent of classic RPGs. The longer you play, the more you’ll start to understand the puzzles of proper combat in the game. It’s definitely a put off for casual players, as the learning curve is steep and unforgiving, but persistent players will find enough to enjoy, and it might even convince you to explore after the main quest. Still nothing ground-breaking, but it’s a great love letter to RPG games of old.

Krai Mira: Extended Cut, unfortunately, feels more like a big patch than a fresh take on the game. Which, it kind of is because if you have the base game, this version is just a simple download. As the title states, this is more extension than improvement. The core of the game has not changed enough to make it feel completely welcoming, though that is not to say the improvements aren’t noticeable. Lazy writing, persistent UI difficulties/problems, AI bugs and some combat balancing are enough to scare away most players, but underneath the surface, classic RPG fans still have the same enjoyable experience with a little extra game to explore. It’s definitely worth the free upgrade for owners of the base game, but Krai Mira: Extended Cut isn’t an RPG you need to play. It’s good fun, but not enough to keep you interested if you don’t live for these type of games.