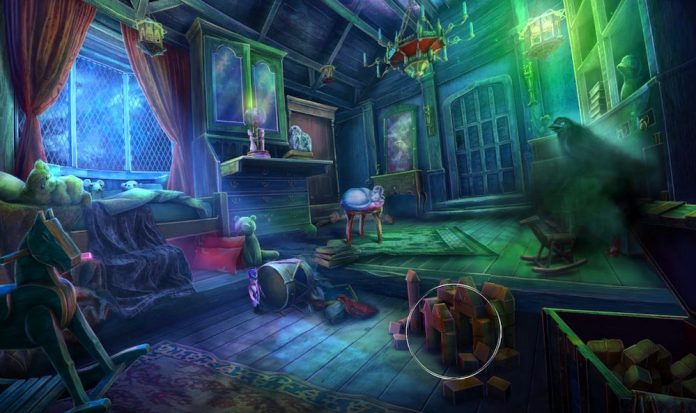 It’s less than a month since I last reviewed an Artifex Mundi game, yet here I am again.

April’s offering from the studio that’s quickly becoming one of the most prolific publishers on Xbox One is Lost Grimoires: Stolen Kingdom. As much as I’m a fan of Artifex Mundi’s special brand of hidden object-meets-digital puzzle book – hell, I’ve reviewed eight of them now – there was something about this latest one that just didn’t hit the right spot.

Lost Grimoires: Stolen Kingdom tells the story of a young alchemist, orphaned at an early age, who returns home to her caregiver after being away to study. However, as it rarely is in these games, not all is what it seems; the man who brought her up isn’t quite the fellow she thought he was, and her parents might not be dead after all. Cue a mysterious story of chasing a path of clues – and puzzles – in order to find out the truth.

Story-wise, Lost Grimoires is very similar to any other Artifex Mundi title. Missing people? Check. A mixture of magic and/or the occult? Check. Olde world locale? Check. And yet, something about it is just lacking. None of the Artifex Mundi’s games last more than a few hours, but this one is even shorter than usual, with a run time of around 2 hours and, unlike all of the others, has no bonus chapter that unlocks on completion. 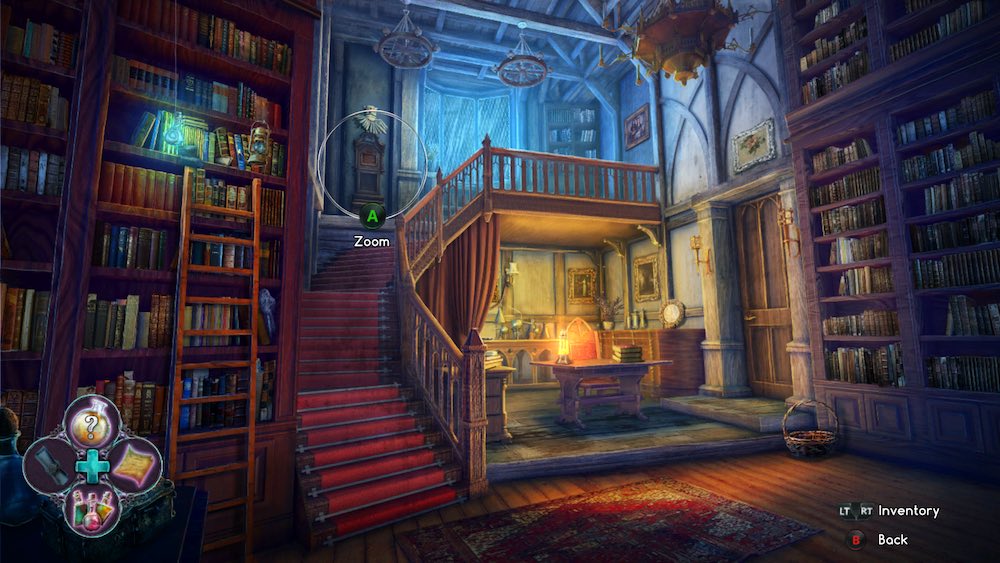 Considering that Lost Grimoires: Stolen Kingdom is somewhat lacking compared to the rest of Artifex Mundi’s back catalogue, I’m actually surprised to see that this is one of their newer titles. The games have been released on Xbox One in a random order, with last month’s release of Dark Arcana originally coming out in 2012, yet Eventide: Slavic Fable, released a few months before, was a 2015 title. Lost Grimoires is the newest to make it onto Xbox, only having been released on PC and mobile in November 2016. I do hope this isn’t a sign of things to come; I’ve only ever played their Xbox One ports, but Artifex Mundi are now releasing at least one new game every month – with only two or three weeks inbetween titles in some instances – so I hope this isn’t at a detriment to the quality of the games.

Still, being newer than the others at least affords Lost Grimoires: Stolen Kingdom a marked improvement in visuals. Where cutscenes are usually fuzzy, badly animated affairs, here they’re somewhat sharper, with a softer, more cartoon-like approach. Locations, made up of hand-drawn still images, are just as detailed and pleasant as ever, but because of the shorter running time it feels like there’s less variety, which is somewhat disappointing.

There’s nothing particularly wrong with Lost Grimoires: Stolen Kingdom, per se. Had I not played any Artifex Mundi game before, I’d probably be pretty satisfied with what’s on offer. It looks nice, it plays well, and the puzzles are fine. But there’s nothing particularly outstanding about it, either. For the same asking price as every other Artifex Mundi title – £7.99/$9.99 – it’s definitely one of the weaker entries into the series. If you’ve played every one and are desperate for some fresh hidden object adventuring fun then Lost Grimoires: Stolen Kingdom offers enough to whet your appetite, but if there are other titles you haven’t yet played, this one should be near the bottom of your list.

Lost Grimoires: Stolen Kingdom is available on PC and Xbox One. We reviewed the Xbox One version.