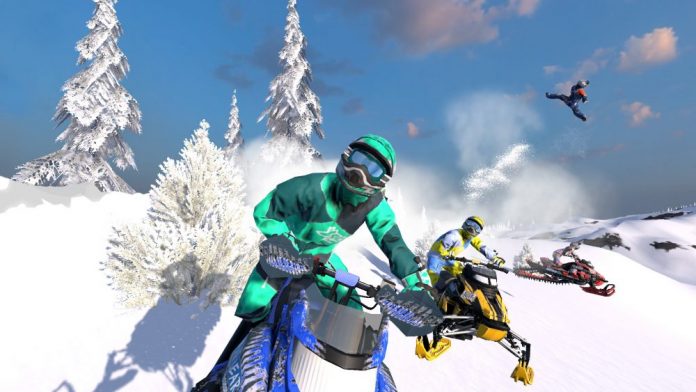 It’s not that I don’t understand why people hurl their bodies into the air on a skateboard or motorbike, just to perform some improbable manoeuvre. What puzzles me is just how on earth people come with the absurd names of these aerial tricks. Does someone just sit on their sofa, chortling as they see which ridiculous monikers they can inflict upon the sporting populace?

Take Snow Moto Racing Freedom; a snowmobile game which, aside from featuring races, allows you to compete in stunt competitions. I’m going to list four stunts from the game and I want to see if you can work out which ones are genuine tricks and which are culled from Viz comic’s dictionary of euphemisms. (answers at the end of this article):

Could you tell the difference? Though if you’re playing Snow Moto Racing Freedom you’re likely to be less concerned with the actual names of the stunts and more with staying on your snowmobile. Because while the game does let you race around several snowy tracks, it’s infinitely more entertaining when you’re just messing about doing your thing. Unlike other games, which subject you to the inconvenience of invisible walls, Snow Moto Racing Freedom, as the name suggests, lets you roam around the snowy landscape, beholden to nothing but the forces of gravity. And it’s glorious. 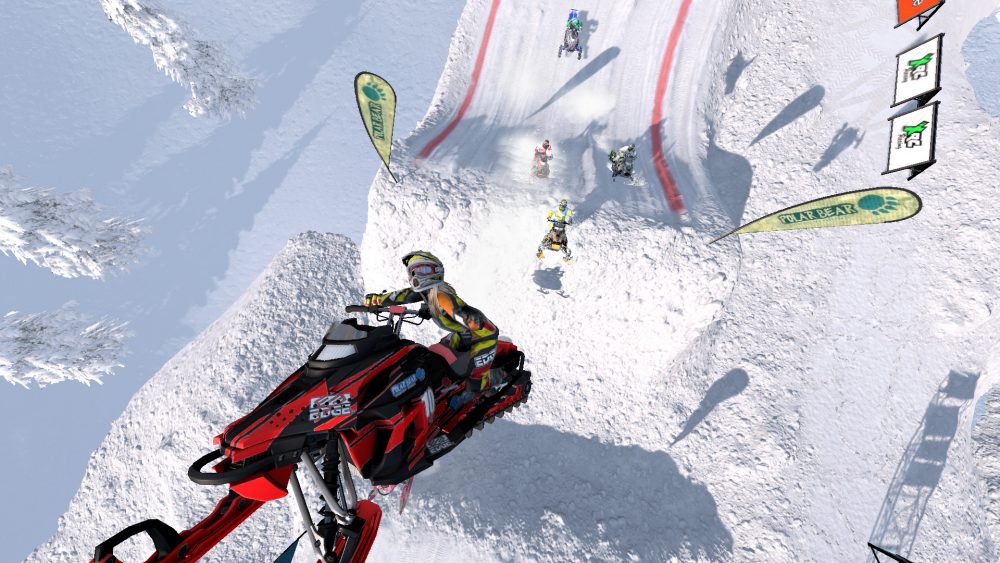 True, Snow Moto Racing Freedom’s graphics are just about passable, but as you’re careening around in the snow, you won’t be pausing to gawp at the scenery. Instead, you’ll be grinning like a fool as you launch your snowmobile off ledges, with no apparent ill-effects to either your rider or your vehicle. It’s only when you get cocky and try to hurtle into the abyss while doing a handlebar handstand that you risk coming off your mount. Though even so, your proxy is curiously durable, uttering not a word of protest as they slam into a wall and materialise back on the bike, ready for more torment. For the truly deranged, you can also ride at night which is doubly harrowing when using the game’s first person mode.

There is more to Snow Moto Racing Freedom than freestyling; you can also engage in stunt competitions which involve performing tricks as you leap over ramps, and there are races to participate in. The latter are reasonably entertaining though I found myself returning again and again to the freestyle mode, since it let me drive my snowmobile round a relatively large landscape with no restrictions. Snow Moto Racing Freedom also boasts a split-screen and online multiplayer mode though the multiplayer lobbies were as bereft of life its snowy levels.

(The genuine stunts were in fact Nac Nac and Indian Air.)