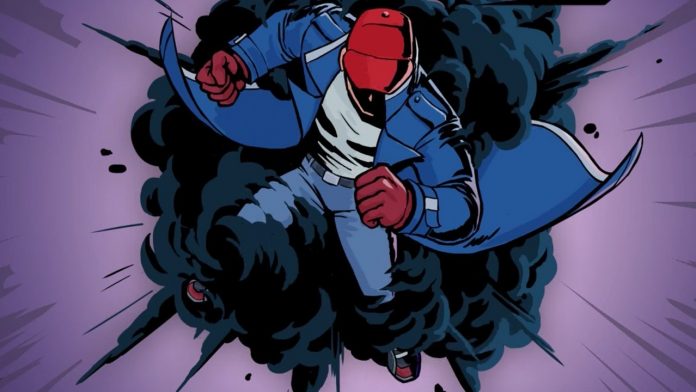 There’s not enough money in the world to make me use a teleporter.

Granted, the technology may not exist right now but even if it comes to fruition within my lifetime, I’ll steer well clear. Sure, in theory you’d be transported from one place to another, without having to travel the intervening distance, but at what risk? The slightest glitch or fluctuation in the system would have disastrous consequences, probably leaving you with an arm for an arse.

Mr Shifty, a cel-shaded, teleporting take on the top-down brawler, doesn’t address these issues. Nor does it explain how the titular hero manages to teleport through walls and other barriers without materialising inside a desk, to horrific effect. But it does afford you the opportunity to dispatch all manner of foes before they can blink. A handy talent to have indeed, since in Mr Shifty, all it takes is one hit to finish you off.

Sound familiar? It should, because we’re firmly in Hotline Miami territory here. It would be absurd to say that all top-down action games owe a debt to that highly-acclaimed brawl-em-up, but it’s evident that Mr Shifty draws upon that title. But the teleporting mechanic adds enough of a twist to prevent it becoming a straight clone. Your character, the titular Mr Shifty, has the ability to teleport up to five times before needing to recharge.

Therefore, defeating your foes and avoiding a swift demise becomes less about reacting quickly and more about maintaining the flow of your attacks. Teleporting behind a foe and delivering a death blow will draw the attention of his fellow guards, so you’re forced to jump out of the area, often right behind a foe who is rushing in to investigating. Then when the enemies are scrambling to intercept you there, you once again leap to another room, continuing the whole bloody chain.

Dispatching a whole roomful of enemies before they can even blink is undeniably satisfying. Though at times I felt I was cheating; not because I could teleport, but because they appeared to be totally ignorant of the cloud of smoke and “bamf” noise that accompanied each materialisation. Unlike Hotline Miami, Mr Shifty takes place in one location; a huge skyscraper which actually gives you a greater sense of progression, onwards and upwards, than just roaming from location to location.

Despite its obvious inspirations, Mr Shifty takes Hotline Miami‘s ball and runs with it, delivering a brutal ballet that, during my time with the game, had me hooked. If you’re looking for a top-down action game that delivers something a little different, or if you ever just wanted to be Nightcrawler from the X-Men, then Mr Shifty is well worth a look.