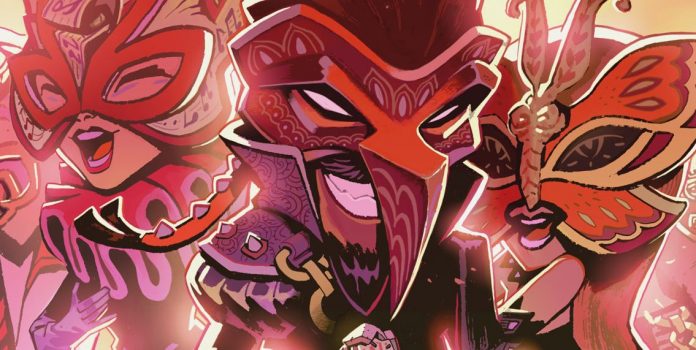 The Sexy Brutale is a marvellous murder mystery puzzler where time, and little else, is on your side.

Groundhog Day has a lot to answer for. While it wasn’t the first film to feature a recurring time-loop as a central motif, it was certainly responsible for popularising it. Employing this concept doesn’t necessarily mean a TV series has “jumped the shark” but it’s definitely started lining up the motorbike. Aside from the infamous “clips episode”, there’s no greater indicator that the writers are stumbling around in a creative desert.

Yet The Sexy Brutale turns the concept on its head, and to great effect. As Boone, the protagonist of this carefully crafted isometric puzzler, your objective is, surprisingly, not to escape the temporal anomaly you’re ensnared in. Invited to a posh soirée at an elaborate, expansive mansion, you must instead save the lives of the other guests who, day after day, are murdered by the mansion staff. Assuming, that is, you can stop gawping at The Sexy Brutale’s splendour. The game oozes style, from its breathtakingly beautiful art-deco inspired mansion locale, to its superb soundtrack, encompassing jazz and electro-swing and the squat, bemasked, yet hugely expressive characters.

It’s these same characters that the game weaves its narrative around. Far from being two-dimensional stereotypes, each of these poor, doomed souls has their own backstory, related through dialogue and further expanded upon when you stumble across their respective party invitations. Despite the game’s cutesy aesthetic, The Sexy Brutale can be a grim affair. I felt genuinely angry when I beheld the singing guest’s contrived yet gruesome death; it’s a rare game that can be this emotionally affecting, yet The Sexy Brutale succeeds in making you feel truly empathetic towards its hapless NPC guests.

So how, then to save them? Bursting into a room and tackling the would-be murderer to the ground isn’t an option, since time freezes if the guests see you. Instead, you’re relegated to observing events through keyholes and within cupboards. Not only does this lend the proceedings a voyeuristic air, it also puts you in the uncomfortable position of having to observe each guest’s demise multiple times, the day resetting itself either automatically or at your behest. Only then can you unravel the chain of events that led to them expiring in such a manner, and ultimately put a stop to the gruesome event. 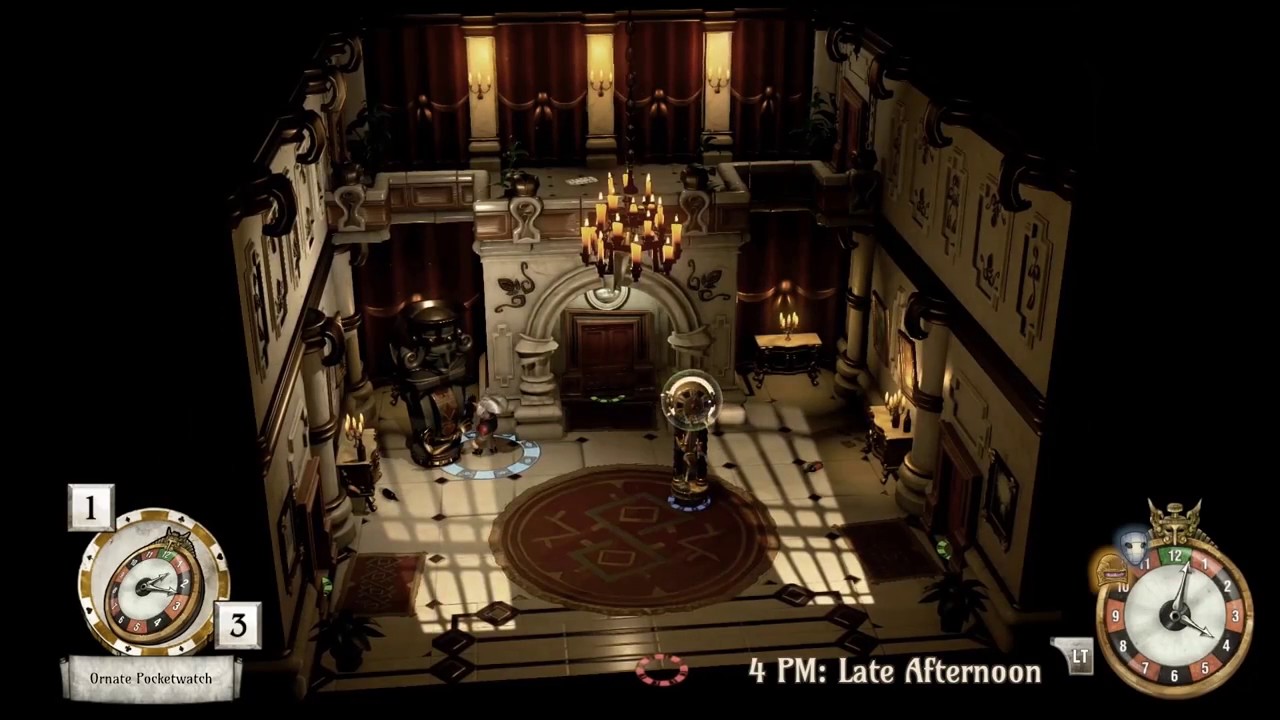 Breaking the murder-chain may be as simple as disabling the murderer’s weapon before he’s picked it up, but as the game progresses the solutions require a great deal more thought and effort. While The Sexy Brutale tasks you with saving one or two guests at time, all the game’s hapless victims are roaming the mansion, following their own routines. Solving a puzzle may require you to eavesdrop on conversations between staff, or observe where an item has been concealed for later use.

Any objects you collect are, sadly, pitched into the void when each day ends, but Boone retains his knowledge. So if you’ve observed a servant sliding a bookcase back to reveal a hidden door, you know where to look for that door every time. My one beef with The Sexy Brutale is that each puzzle only has one single solution, which does diminish the game’s replayability a little. Nevertheless, there’s a beautiful moment of epiphany when you finally figure out how to save an NPC’s life. In turn, you receive their mask which, in Metroidvania style, grants you access to other parts of the mansion, including the titular casino, though you actually spend relatively little time in there.

The feeling of victory is short lived, alas, since once time resets, that guest will die again. The game takes an almost sadistic delight in reminding you that even as you’re trying to save the third and fourth guests, the one you “saved” earlier is dying again, as evidenced by the telltale gunshot. Yet every life you save, even if only temporarily, brings you one step closer to the truth.

And that, in a nutshell, is what really sells this game. Rewarding as it is to finally crack the game’s puzzles, which are taxing but rarely frustrating, it’s The Sexy Brutale‘s intricate, winding narrative that makes it all worth it. The game hints at what’s really going on, to the point where you’re micro-analysing each line of dialogue. Loaded with chilling and surprising moments, The Sexy Brutale‘s foreshadowing is nevertheless so subtle that you’ll be kept guessing right until the end. True, it may not be the most replayable title ever and I didn’t feel the urge to go back, despite the presence of additional collectibles. But the journey is such that you’ll want to ponder the experience rather than jump back in.

Complex, challenging, but never boring, The Sexy Brutale blends a compelling narrative, appealing aesthetics and innovative gameplay into one stylish package. Take a gamble on The Sexy Brutale and you’ll come up trumps.

The Sexy Brutale is available on PC, PS4 and Xbox One. We reviewed the PS4 version.