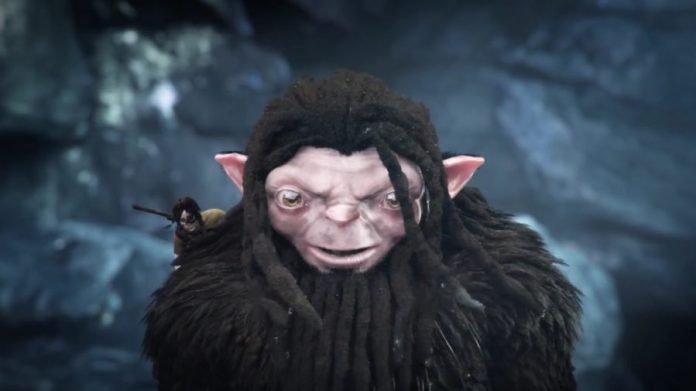 Troll and I is an ambitious undertaking that packs some good ideas. However, poor delivery makes it a hard game to recommend, especially in its current condition.

I really did want to like Troll and I. The rehashed 80’s movie premise of a boy and his unlikely companion triggered fond, nostalgic memories of my own favourite childhood tales. Pete’s Dragon, Flight of the Navigator, even Terminator 2 sprung to mind as similar stories of an unlikely partnership blossoming and surviving against the odds. In relation to games, Troll and I has a lot in common with The Last Guardian, though it fails to recreate the same deep bond between Otto and the Troll that I felt with Trico.

The story is set up rapidly, introducing a couple of underwhelming mechanics in the process. Sightings in Scandinavia of a mythical troll thought not to exist, have gathered the interest of some clearly shady characters. The main protagonist, young Otto, returns to his village to find it destroyed by the hunters, and whilst escaping the village, he encounters the fabled creature.

And so the (not so) epic adventure begins.

Over the course of the game, the relationship between Otto and Troll becomes the main driving force of the narrative. Although unable to communicate together verbally, body language hints at a developing rapport. Otto will occasionally remark on Troll’s unpleasant smell and lack of personal hygiene, aimed at providing respite and injecting humour into the relationship. Unfortunately, poor voice acting and stiff animations often hinder these attempts.

The main gameplay experience is built upon three pillars: crafting, combat and puzzles. Although the crafting mechanics are similar to the latest Far Cry and Tomb Raider games, it is done on a much smaller and ultimately less meaningful scale. Crafting components are sufficiently scattered throughout the world. Weapons break after a certain number of uses, depending on their durability, meaning you need to keep crafting them. This is how developer Maximum Games justifies the need for a crafting system. The problem is the crafting options just aren’t deep enough to make the hunting and gathering of components satisfying.

The mutually beneficial relationship that develops between Otto and the troll creates an interesting dynamic for many of the game’s combat encounters. Combat can be a solo or team effort,  sometimes having to balance Otto’s speed with Troll’s strength. Troll is designed to be slow yet overpowered, capable of turning enemies to smush with a single pound of his fist. While satisfying to begin with, this quickly grows repetitive due to the shallow variety the game’s combat mechanics provide.

While Troll deals with the bigger enemies, switching to Otto allows you to fight off some of the smaller ones that are too quick for the lumbering troll to catch. Though the need to switch between characters depending on the situation is a nice dynamic, combat is still very limited. Close quarters combat relies on mashing the same button repeatedly, whilst stealthier, ranged attacks add some variety, but not enough.

Puzzles are limited to fairly easy environmental traversal puzzles that usually require a little team work to solve. Certain areas cannot be reached without the help of Troll and the reverse is same for Otto.  Though I never really felt challenged by the puzzles, they do offer a change of pace and a little more variety compared to the repetitive combat.

Perhaps my biggest problem with the game is how vague it is when giving the player an objective or direction. As you discover more of the world, routes and areas begin to interconnect, which frequently made me lose my bearings. Let me just say that I’m usually the first to criticise a game for handholding – for providing overbearing instruction that removes any sense of meaningful discovery and exploration. But Troll and I seems to have taken this to the almost polar extreme by offering almost zero guidance as to what the player should be doing or where they should be going next. Even a simple objective description would have gone a long way to relieving the frustration of having to retread old ground.

The game features some light RPG elements, allowing both Otto and Troll to level up their abilities and skills by spending collectables that are found in the world. Sadly, and similarly to the crafting system, the experience and levelling system is wholly unsatisfying as it just isn’t deep enough.

Visually, Troll and I shoots for realism but largely misses the mark. Empty environments, low level textures and uninspired character models don’t impress. The world itself is well realised and occasionally makes you stop to take in the view, but this doesn’t redeem the visuals, which struggle to find a sustainable framerate.

As well as framerate problems, the game is also hurt by a large range of technical issues. Getting stuck in the scenery, invisible walls, terrible draw distances and object pop-in all served to remove me from the immersive story the developers are trying to craft. In particular, one glitch which happened at least 10 times, causes the camera to behave in a nauseating, bobbing motion as it follows the player from over their shoulder.

It was clear from the get-go that in its current state, Troll and I is a bit of an eyesore. Then this happened:

There were parts of the game that I genuinely did enjoy. The soundtrack, for example, is good if a little understated. And watching the tie between boy and beast mature was at times, a touching experience. I’m sure that it will find a small audience and fanbase because of its premise, but for me, a lack of overall presentation, a litany of technical pitfalls and average at best gameplay means it’s best to avoid Troll and I – just as you would Troll’s apparent stench.

Troll and I is available on PC, Xbox One and PS4. We reviewed the PS4 version.