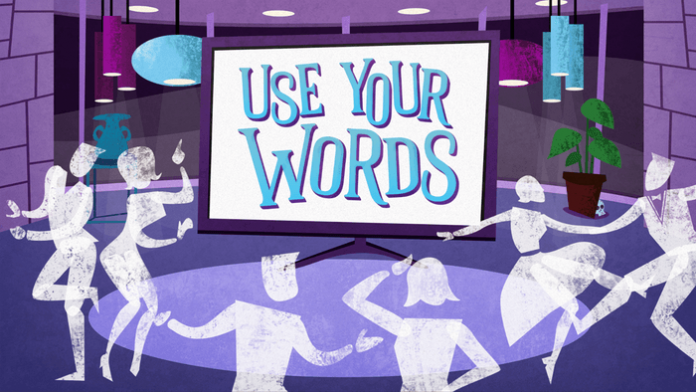 Party games are difficult to judge, because the enjoyment of them is equally reliant on the participants as much as the design.

Use Your Words brings a few unique twists to the format, and it’s all the better for it. Grab your friends, find your confidence, and let your creativity soar.

Think you’re the funny one among your friends and family? Confident that no one pushes the envelope quite like you? Well, Use Your Words is a game built to put that to the test. Three to six players locally, and up to 1,000 spectators, attempt to create the funniest, most obscene, creative responses to given prompts. With four different mini-games and hours of content built in, there are plenty of laughs to go around. Although, the success and longevity of the game depends of who plays, and how. Just don’t be shy, spread your creative wings. Gather the rowdiest bunch you can, get an internet capable device, and get weird!

The premise of Use Your Words isn’t complex. Basically, you’re just trying to convince everyone playing to vote for your answer by being the funniest, most shocking, and/or most clever. If you know Quiplash or Cards Against Humanity, you understand the core concept. Here, however, the are some unique quirks. The ‘house decoy’ option fills in for your creative lapses, and gives you an answer from the developers. At first, I thought this was a bit strange and unimaginative but I was proven wrong on several occasions. The house decoy answers are witty, sharp, crass, funny, and well written. On most games, they’ll even add an extra answer (as a ‘house decoy’) to stir the pot. Vote for a decoy, however, and you lose points.

The four available mini-games are diverse enough that they allow for different types of answers, and different approaches. You have Sub The Title, in which you watch a movie clip and fill in the missing line of dialogue in the subtitle. Blank-O-Matic, the most basic of the four, gives you a sentence and you simply fill in the blank. Extra, Extra! shows you a newspaper with an image, and it’s up to you to create the headline. The final round is Survey Says, where you get three prompts, usually some form of ‘fill in the blank’. Your goal in each is the same, but when I was playing it I found that approaching them the same way didn’t always work. Comedy is hard and my friends and family are a tough crowd. 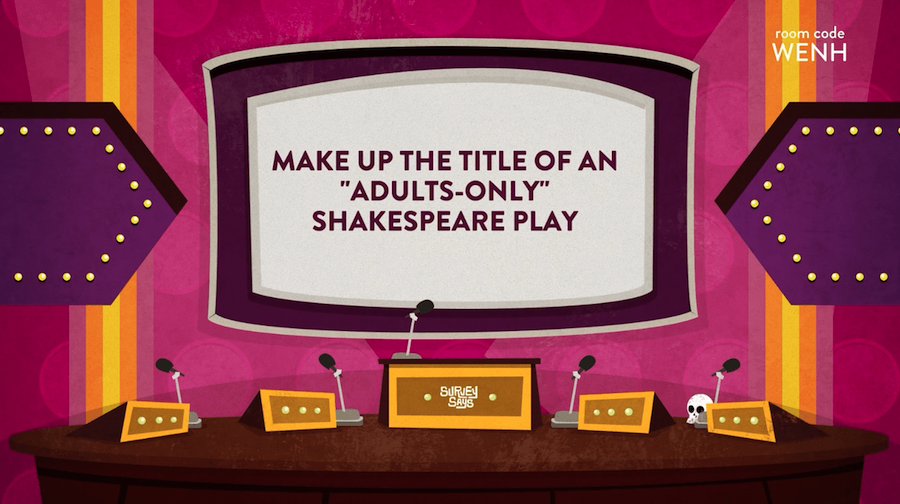 Does your little sister or brother want to jump in on the fun? No worries, just activate ‘Family Mode’ in the options menu and the more vulgar prompts and ‘house decoys’ vanish. This little feature was a standout for me. It’s a simple gesture of inclusiveness that opens the game up to everyone, of all ages and senses of humour. You’ll also find a 60s soundtrack and a fantastic game show announcer in Use Your Words. Hooking up your PC to your TV truly creates the game show aesthetic, which makes the game feel more alive. The prompts and ‘house decoys’ constantly keep you on your toes and will force you to stretch your comedic comfort zone. The developers have left you with plenty to enjoy, but you are really what brings the game to life.

With that said, however, there are some bothersome pieces. With the subtitle game, for instance, I don’t think it’s necessary to replay the whole clip for every answer. It soaks up time. The house decoy option is great, but it not being limited feels like a crutch sometimes. But, in the same vein, you can’t force somebody to come up with an answer. Some sort of limit on the number of uses might be good, but I can see how it could impact the experience for players. The scoring is consistent but seems excessive at times. 1,000 points per vote for an original answer, and 500 per vote for a ‘house decoy’, while also losing 250 if you are the one who voted for the decoy. It’s easy for someone to charge ahead if they sweep a round. But hey, that’s kind of the point I guess.

When you look at it, Use Your Words is simple. But as you play, you realise how much effort went into this game. The developers have a knack for humour and it shows. It’s a great counterpoint to Quiplash and fans of those kinds of games will thoroughly enjoy this one. With the right crowd and the right mood, you’ll have a lot of laughs and a great time. Use Your Words follows the format of the genre, but is just unique enough to be memorable.

Use Your Words is available on PS4, PC and Xbox One. We reviewed the PC version. 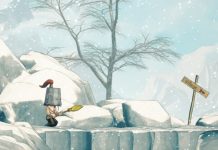