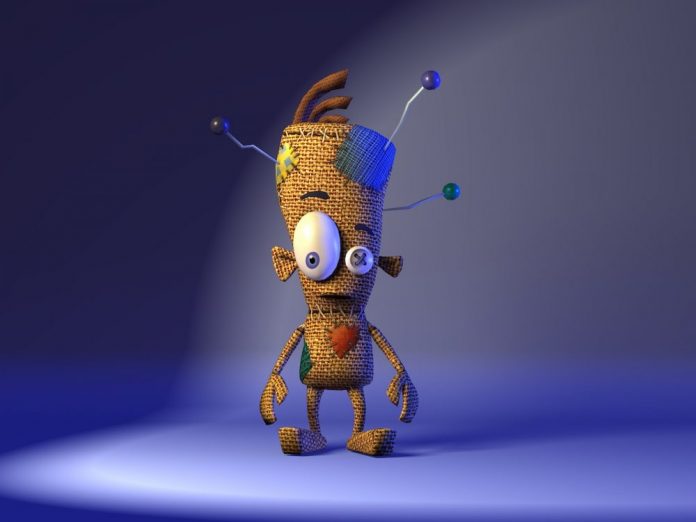 All the way back in 2003, a charming 3D platformer was released for the original Xbox featuring a snarky little voodoo doll named Vince.

Unintentionally brought to life by two heavy-handed thugs in the process of stealing Madam Charmaine’s powerful Zombie Dust, opportunistically kidnapping her when she tries to intervene, it was up to you to take control of Vince and thwart the plans of the mastermind of the whole operation, the bratty Kosmo the Inscrutable. And so the aptly named Voodoo Vince was a uniquely themed adventure that won over the hearts of many who played it, and with it now remastered for release on Xbox One and PC, it’s likely to win over some more fans for its cause.

Unsurprisingly, Voodoo Vince: Remastered plays out like pretty much like any other 3D platforming adventure. There are linear levels that are a test of your platforming abilities, more open areas that present challenges or puzzles for you to overcome, and then there’s an assortment of levels that are essentially mini-games, injecting some much-needed variety into the mix. That is to say, between jumping, double-jumping and using punches and spin attacks to dispatch your enemies across a range of environments, you’ll also be taking part in races, piloting a plane and shooting targets in a horror-themed playground ride amongst other diversions – and generally, it all works rather well. It’s just a shame that there a few niggles that bring the experience down a peg or two.

The first of which is your limited view when jumping. You quickly discover that Vince’s ability to hover is essential for negotiating platforms – the camera moves in so close to him when he leaps that it’s hard to see exactly where you’re going to land otherwise. Another problem throughout is that the platforming is sometimes hampered by a fixed camera that gives you a very poor view of the action, something that also makes it easy for you to get stuck on the scenery. Overall though, these two issues don’t cause much frustration in the grand scheme of things. Perhaps Voodoo Vince: Remastered’s biggest issue is that its last few levels are uncharacteristically frustrating due to some very poor checkpointing working alongside some overly demanding platforming. Honestly, I have a lot of patience for games, but Voodoo Vince: Remastered’s finale pushed me to the edge for all the wrong reasons. 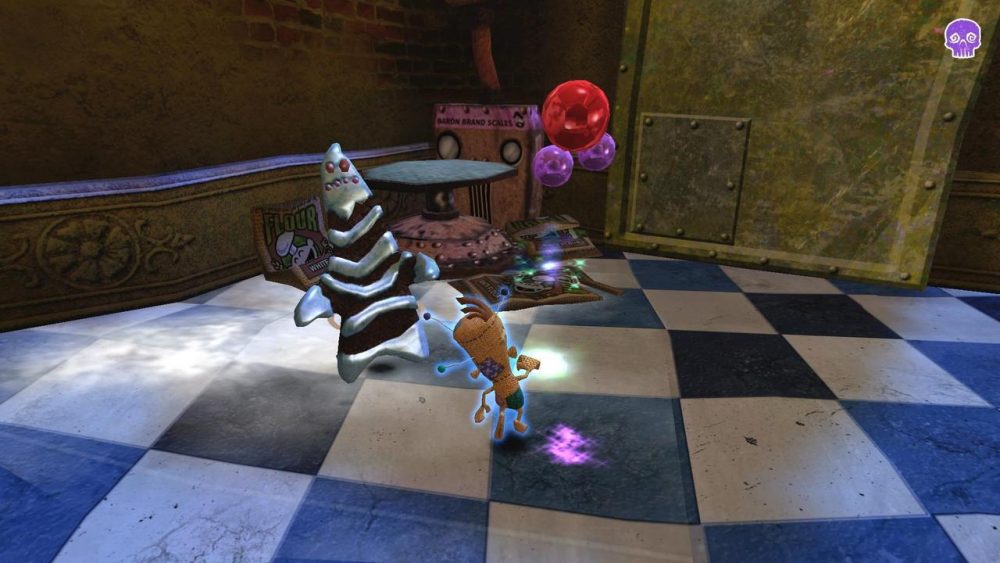 Voodoo Vince: Remastered’’s antiquated life system doesn’t help either. Amongst the myriad of collectibles to be found within each level – such as bags of zombie dust which increase your max health when you’ve acquired 100 of them and skull pages which summon a ghostly skull that increases and replenishes your stock of voodoo powers once caught – are fabric hearts, which increase your stock of lives by one. Lose a life by falling into an abyss or being overcome by one or more enemies and you’ll find yourself taken back to a checkpoint. Lose all of your lives however, and you’ll find yourself back at the game’s title screen, able to restart from the beginning of the level you well and truly died on with just the base stock of three lives once again. Granted, Voodoo Vince is over 13 years old now, but this mechanic just feels archaic and only heightens the frustration you feel when you do encounter a section of the game that troubles you. Trust me, you’re going to want a large store of extra lives to tackle Voodoo Vince: Remastered’s last few levels, and unless you’re prepared to painstakingly travel to previous levels to increase your stock of them, there’s a chance you may just give up in a fit of rage.

I’d be doing Voodoo Vince: Remastered a disservice if I didn’t say that on the balance of things it’s mostly a pleasant experience though. It’s endearing for the fact that it’s quirky, and unusually for the genre, quite dark. Take Vince’s special voodoo powers for example, that allow you to dispatch a large number of foes in multiple comical ways by inflicting death upon yourself. From being stamped on by a mighty god to being eaten by a shark in a bathtub, there are a large number of amusing voodoo powers to discover as you play, many of which leave the enemies surrounding you sliced or dismembered in a slightly creepy fashion. And with many multi-coloured droplets bursting out of their bodies that replenish your voodoo powers, you’ll have plenty of chances to use them. Bosses also need to be defeated by finding elaborate ways to hurt yourself rather than engaging them in close combat fisticuffs, leading to you doing silly things like jumping into spiked pits from a great height or placing yourself in the path of speeding trains. It’s a little morbid maybe, but quite ingenious nonetheless.

Those who do remember Voodoo Vince from back in the day will attest to its quality jazz soundtrack, which thankfully, has been left in place. The game’s voice acting still holds up pretty well too considering its age, though that’s probably because it’s intentionally quite hammy and over the top. Vince’s quips are particularly entertaining – he’s quite a witty little fellow that’s always got a quick retort lined up or some sarcastic comment on the current situation. He looks better than ever in this remaster too thanks to some fantastically updated textures, giving him even more detail and character. By and large, the rest of the game remains pretty dated visually though, with only the odd bit of texture work done here and there to spruce things up. Still, it’s rarely a downright ugly game, and performance is great on the whole; there are just a few areas like the Bayou where things noticeably slow down from time to time.

He may not have the heritage of Crash Bandicoot or Sonic the Hedgehog, but once again being in control of Vince the voodoo doll is a nice feeling. He’s conceptually a great character that this title perhaps doesn’t make the best use of, but Voodoo Vince remains a solid 3D platformer regardless. If you don’t mind the dated visuals and a few niggling camera issues, Voodoo Vince: Remastered is well worth a look if you haven’t sampled it before, simply for its unique theme and varied gameplay. Those with fond memories of playing it on the original Xbox may even want to consider picking it up thanks to its bargain price, even if only to show those last few levels who’s the boss once and for all!

Voodoo Vince: Remastered is available on Xbox One and PC. We reviewed the Xbox One version.