The immense success of Grand Theft Auto 5, both in terms of sales figures and revenue gained from recurrent spending, is something that has been the source of much analysis and discussion over the years.

While Rockstar Games and Take-Two can see the entire picture, it’s easy for everyone else to also understand many of the factors that have made the game sell incredibly well (more than 75 million copies to be more specific). It being released across five platforms, having three separate launches, and drawing upon a decade of fame and popularity.

However, there’s something else, too. GTA Online, the insanely popular multiplayer component with over 8 million unique log-ins each week (granted, that figure is likely a lot bigger now, since the data is from two years ago and the playerbase has only grown since) enjoys lasting success thanks to a constant stream of content updates. The best part about these DLCs? They’re free.

Rockstar has been updating their game with minor to major gameplay additions, vehicles and items for three years now – and every single update was free in that time. Never was the community cut into bits by paywalls preventing some from playing content that had been bought by others. Never has the game demanded a one-time paid upgrade to continue playing with the newest version.

The reason Rockstar can do this while other developers ask $5 or even $10 for a measly map pack is the underlying business structure of GTA Online. The game possesses microtransactions, but not of the freemium pay-to-win variety. You can absolutely play the game to its fullest and experience all that is on offer without paying a single penny beyond the purchase price itself. There aren’t any real-money-only items, or in-game currencies that cannot be earned through regular gameplay. 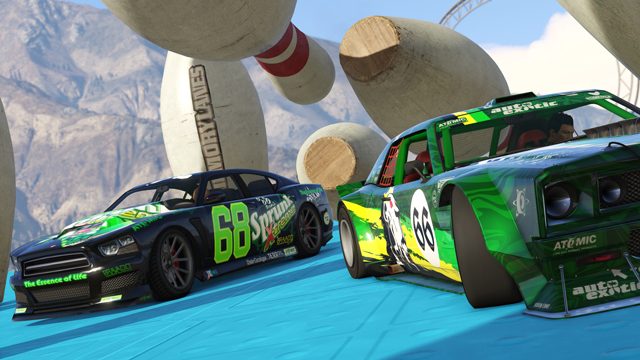 GTA Online has a single unified currency that you can earn in game, and it is that very same currency that can be bought with real money. Things is, it’s entirely optional. You don’t need to buy those Shark Cards (the microtransactions), because you can always earn in-game cash. There is a widely-accepted misconception that earning money in GTA Online is far too time consuming and that it turns the game into a grind. However, earning cash in GTA Online isn’t half as difficult as it’s made out to be if you know what you’re doing.

That said, if you need a boost of in-game cash, the microtransactions are there to back you up. You really, really need that $8 million yacht but don’t want to grind for two weeks before buying it? You can drop some real money (granted, $100, which isn’t pocket change) and get that in-game amount instantly. This business model ended up working out extremely well for Take-Two, since Shark Card revenue broke the $500 million mark last year. Thanks to those recurring player purchases, Rockstar can continue to produce free DLC. 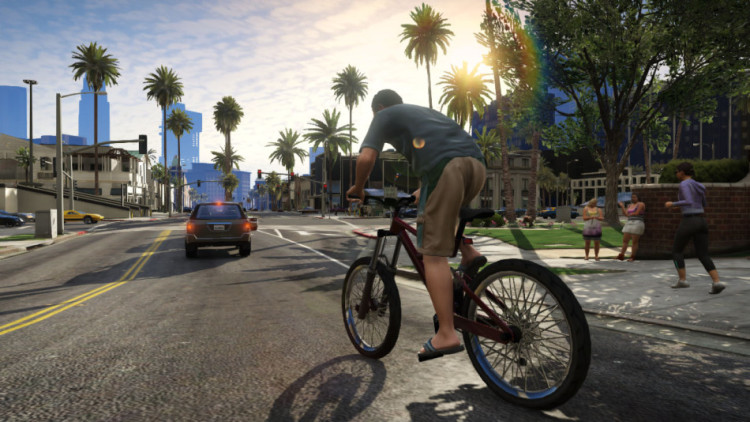 Since the DLC itself is free, it offers new content to every player, thus gaining the largest possible pool of potential Shark Card buyers. So, this system works, but for how long will it? How long can Rockstar keep pumping out free content for the players of GTA Online? That depends on you, the players.

The reason DLC is free is because it keeps driving Shark Card sales, and the revenue from microtransactions helps fund the development of the free DLC. If there are Shark Card sales, there will be free DLC. Basically, the moment players decide that the content is no longer worth their money and drop back to single player to replay the story, muck around with the cheat codes for a while, or play another game entirely, will be the moment that we stop getting DLC for free – or at all. Chances are GTA Online will retain its business model until its servers are shut down once and for all some years from now.

Sales trends indicate that the game will go strong for a good long while. The game sold more copies in 2016 than in 2014 and 2015, meaning that the active playerbase of GTA Online increased dramatically. That means a whole lot more potential Shark Card buyers, which in turn means a whole lot more actual Shark Card buyers. Many fans were worried that the upcoming release of Red Dead Redemption 2 would spell the end of GTA Online, however the difference in target audience means that most GTA Online‘s players won’t be jumping ship to RDR 2.

GTA Online‘s lifeblood is the free DLC. If the game hadn’t received those updates it would hardly be the mainstream phenomenon it is today. An immense number of players who log in to this day will likely have long forgotten about the game if it were in the same state as it was upon launch. Thing is, the same is true if the DLC would have been paid instead of free, as, generally speaking, a small minority of players actually buy paid DLC these days.

If we get down to it, GTA Online will continue getting free DLC so long as it continues getting DLC – no other format would be nearly as profitable as the current set-up, and sectioning off bits of the community from one another would only hurt the game in the long run instead of strengthening it like the current model does. Rockstar has clearly put a lot of effort into manufacturing GTA‘s success both in the realms of game sales and longevity, and it’s clear that DLC being freely available is a crucial element of that grand plan.