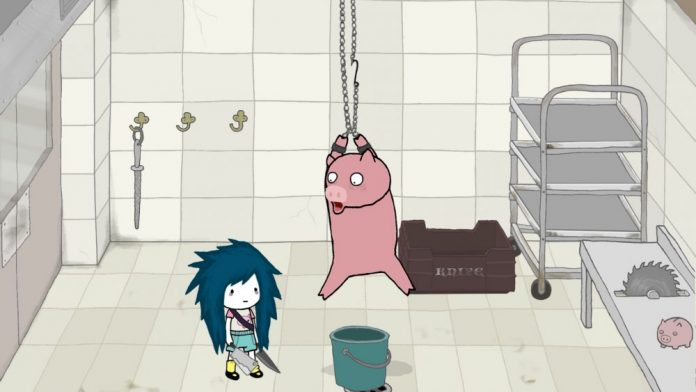 Agatha Knife loves animals. That’s why she loves to kill them.

Agatha Knife is not a subtle game. It doesn’t so much shove its message in your face as it does crawl down your oesophagus, lay its eggs in your stomach and burrow out through your torso. Yet this gruesome, grin-some point-and-click adventure is so relentlessly quirky, bordering on critical overquirk, that there’s every chance it will win you over.

A deranged treatise on the folly of organised religion, the game casts you as the titular Agatha, a seven year old butcher’s daughter who adores the taste of meat, going so far as to slaughter the animals herself. But she’s perturbed by their reluctance to die for her dinner and decides to establish a religion that will motivate them to march to the slaughter. As you do. 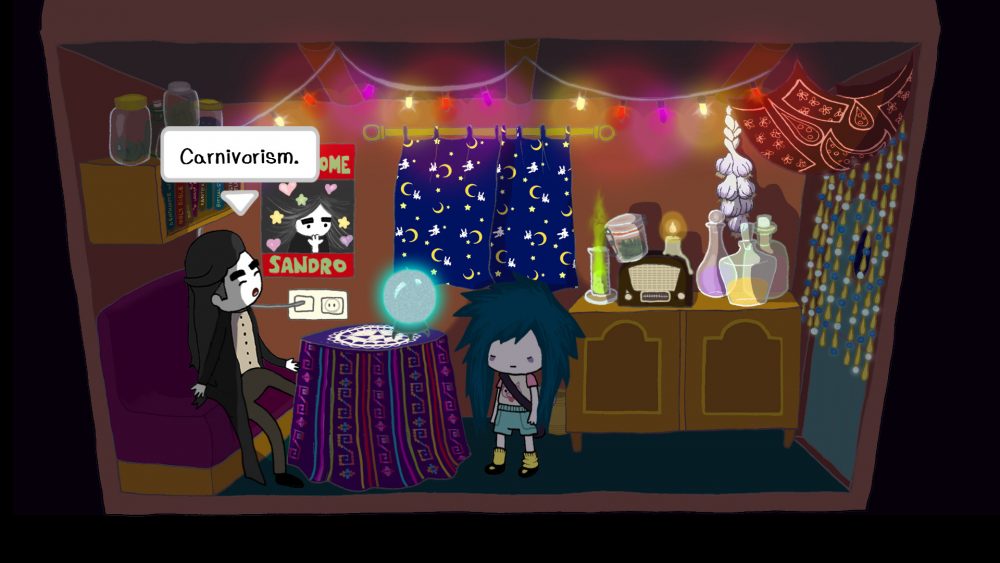 Unlike other games that feature the “odd little girl” trope, many of the inhabitants of Agatha’s town, where the bulk of the game takes place, are far more grounded than she is. As a result, her interactions with the town’s populace are a joy to behold. Her oddball humour and world perspective clashes with their own mundanity; she’ll happily ask a stranger as whether he’s going to eat his pet bird, or quiz a builder about his hairy arms. That said, there are also a few eccentric characters around to act as foils to Agatha’s own brand of insanity.

The game’s distinctive hand-drawn art style adds to its charm; the whole affair resembling an odd webcomic, by way of Tim Burton. Though given how disturbing the game gets as it proceeds, I don’t know whether it’d retain its readership; any vegans or vegetarians would almost certainly bow out. Oddly, while its art style stands out, Agatha Knife makes sparse use of music and sound effects, which takes some getting used to. 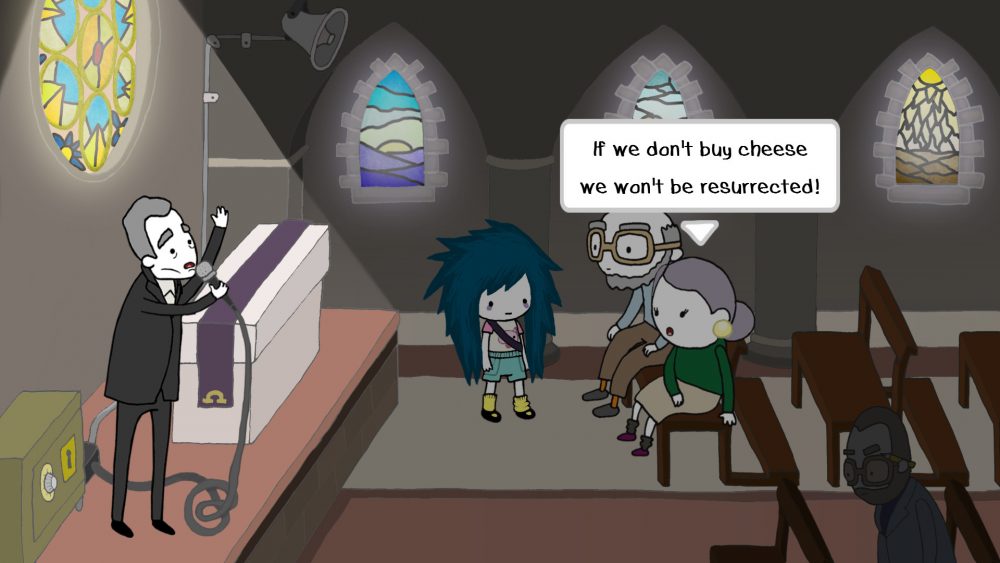 This being a point-and-click game, Agatha Knife contains puzzles aplenty. While the solutions are never obtuse, the game throws in many a red herring. So you may find end up kicking yourself for trying to find a convoluted solution to a problem when the answer was right in front of you. There are no cat-hair moustaches here, though plenty of other animals come a cropper.

Quirky, charming and disturbing in equal measure, the game managed to draw me in and despite, or perhaps because of its gruesome nature, raised many a smile. If you give her a chance, Agatha Knife may steal your heart; just don’t expect to get it back in one piece. 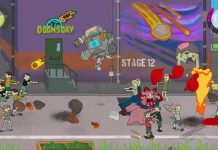