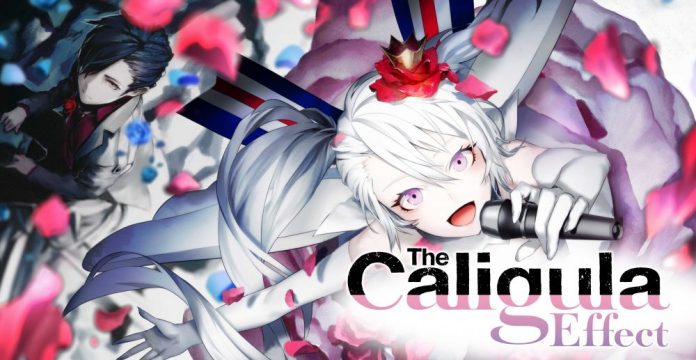 It’s a rarity these days to see a PlayStation Vita exclusive, five years into the platform’s life, but The Caligula Effect is a game that will speak to its audience.

This niche JRPG, written by Persona series veteran Tadashi Satomi (who wrote Persona 1 and both parts of Persona 2), is representative of what the Vita does best even this late into its career. An infinitely complex game that occasionally takes some bold chances, The Caligula Effect is, if anything, an undoubtedly “Vita-esque” title.

Like many other JRPGs these days, The Caligula Effect bounces between 3D gameplay sequences and anime-like 2D cutscenes frequently. Its art style is mostly monochromatic, using lots of neutral colours mixed with dashes of pink, but it nevertheless is quite unique, making it all the more unfortunate that it looks disappointing on the Vita’s screen. While textures seem to look well enough, character models seem nearly indistinguishable from one another. Even worse is that most of the game struggles to keep a consistent framerate. While most games with similar issues on the Vita can at least proclaim that a better version can be found on the PS4 or the PC, the same cannot be said for The Caligula Effect. What you see is what you get, in this case. Luckily, most of its technical issues are forgivable annoyances, never making the game downright unplayable, even if the problems are somewhat unjustifiable.

The Caligula Effect‘s plot is, of course, another story altogether. After a sudden and shocking realisation that the world may not be as it seems, The Caligula Effect’s protagonist comes to learn that his reality is a façade. Living in a virtual world known as Mobius created by an all-powerful pop-diva known as µ, he and the straightforwardly named Go-Home Club seek to, as you may expect, find their way home. However, since Mobius is meant to be an escape from life’s hardships, not many view the choice to leave lightly. The main characters of the game are forced into a dilemma, seen as rebelling against Mobius’ leadership, hence the game’s name. A classic Caligula Effect, indeed.

Despite its odd premise, The Caligula Effect is a strikingly profound game. While it will take time to get going, the game offers some big questions that touch on identity, artificial happiness, and personal worth. Succumbing to the genre’s penchant for melodrama and over-complicated setups, it’s telling to see that it’s still able to touch on such topics so poignantly. Undoubtedly, a lot of it is subtext and often it delves into its heady psychology only half-way. Yet, when The Caligula Effect hits, it hits hard, even if we’ve seen the same sort of topics discussed since The Matrix. 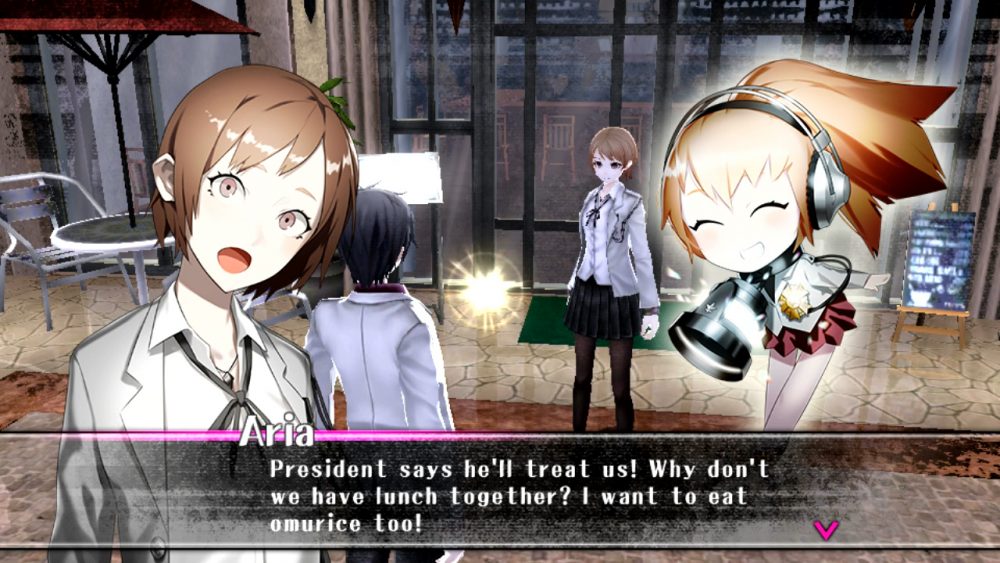 So many of The Caligula Effect’s themes are also reflected in its characters. On the surface, most of them seem to fit into common tropes of the genre. Yet, as you spend time with them, each character begins to reveal themselves, almost every one of them containing some of the game’s most emotional moments. Regularly dealing with some surprisingly dark subject matter, The Caligula Effect handles much of it with responsibility and respect. It’s a testament to the game’s writing. While occasionally things can feel a bit dull, most especially during texting sessions that repeat the same responses throughout, it’s a game that is hiding a lot of heart. If you’re willing to invest the time, there will be some especially potent moments that can bring a tear to even the most jaded players.

Where The Caligula Effect truly stands out, however, is within its combat system. Fighting is a mixture of active, turn based, and tactical battle systems. With four party members taking turns on a progressing timeline, you are given the freedom to chain moves together as well as adjust their timing across the timeline. At first, it’s difficult to grasp the complexity of the game’s systems since so much of its explanation is delivered poorly. Its cluttered UI doesn’t help things either. However, the first time you truly understand all the nuances to the game’s battle system is a powerful moment, always rewarding smart and strategic playing styles. It’s a system that puts a heavy emphasis on planning that also lets you preview your moves before committing to them, allowing them to play out before you in detail. Many times, the preview system saved me from making a crucial mistake, giving me enough information to min/max my way through every encounter. While the clunky camera can often make fighting more awkward than it should be, the rest of its systems make it seem more like a small nuisance than a drastic deterrence.

The Caligula Effect also allows you to recruit one of 500 distinctly different NPCs via the Causality Link system. While the premise is enticing, it’s unfortunately too complicated and laborious to ever be rewarding. Requiring you to build up relationships by talking to various characters which, if we’re being honest, are not as distinct as the game touts them to be, you’ll sometimes be forced to complete entire side quests before advancing. Perhaps most damning is that the game puts no importance on the system, making it feel more like a nice check mark on the back of the box rather than a substantive part of the experience. Compound this with the game’s constantly burdensome dungeons, much of the game can feel like a chore.

The Caligula Effect is a difficult game to review, mainly because of how contradictory it can be at times. Its writing can make it seem leagues above most other JRPGs despite its low production value, yet many of its systems are too complicated to recommend, despite however deep they may be. At the end of the day, your enjoyment in The Caligula Effect will come down to how much you enjoy its quirks. Packing an impressive J-Pop infused soundtrack and bursting at the seams with character, if you’re into what the game is selling, you’re probably going to enjoy it quite a bit. Unfortunately, the game’s insistence on being overly complicated holds it back from becoming truly great.

The Caligula Effect is available on PS Vita.