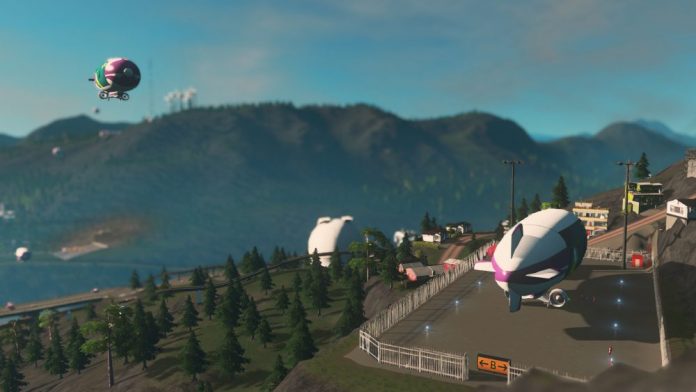 Luckily, Paradox heard your cries, and have spent some time developing the Mass Transit DLC, which is available for purchase today. Yes, it features blimps! Real, giant, flying blimps!

The Mass Transit DLC also adds a wealth of other transport options by way of planes, trains and automobiles. Your doting public can travel their city in style, thanks to the addition of cable cars, ferries, monorails – and, of course, blimps. Who wouldn’t want to travel to work every day by blimp? That’s got to make any morning commute a little more exciting (and/or utterly terrifying), surely?

Cities: Skylines‘ latest DLC also adds greater control over traffic and commuters. As mayor/president/master overlord/God of the city you create, you can of course raise or lower those public transport fares to your heart’s desire. Low fares for all, or ridiculously expensive yet frustratingly necessary commutes? It’s your call. Also at your mercy is how all traffic – below and above ground –is going to flow. It’s entirely down to you how chaotic your roads, rails and skies are going to be. Mwahahahah.

Cities: Skylines is available on PC and Xbox One, but the Mass Transit DLC is only available on PC – for now. It’s available digitally via Steam for £10.49, and of course you’ll need the base game to be able to play.

You can watch the new launch trailer for Mass Transit below: