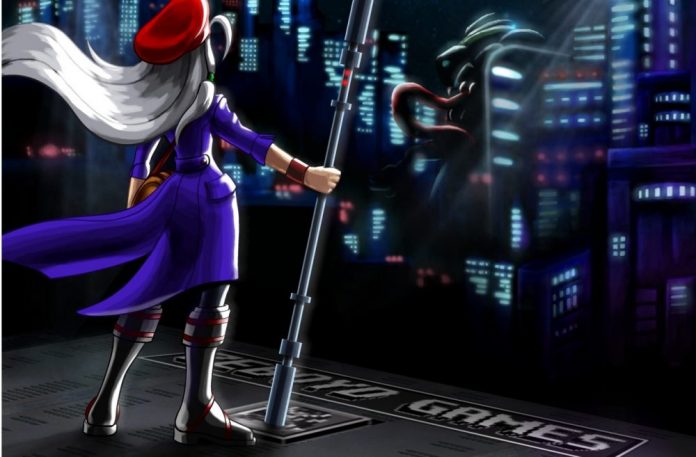 Anyone that truly knows me will corroborate that I consider the amazing PlayStation One RPG Suikoden to be one of the greatest games of all time.

It kick-started my love for a genre that has unfortunately started to feel more and more alien to me in recent years. Battle systems have become increasingly action based, storylines borderline passable, and the soundtracks have got more cinematic but less memorable. It’s a sorry state of affairs if you’re an old-school 2D RPG fan to be honest. Zeboyd Games’ Cosmic Star Heroine bucks the trend though; it has all of the qualities that an old RPG fan like me looks for, and even better, it doesn’t break the bank.

For a start, it looks like an RPG from yesteryear, and I mean that as a compliment. Cosmic Star Heroine’s pixelated environments and characters are just dripping with detail and ooze personality. With its futuristic setting, Zeboyd Games have been able to let their imaginations run wild, conceiving all manner of wondrous technologies, creatures and constructions, but yet have still managed to keep them fairly grounded. There’s variety but also consistency, giving credence that every facet of what you see on screen exists in the same world.

The music, too, is rather commendable. Like the old days there’s no voice acting or grand yet often decidedly bland orchestral score, just an eclectic assortment of melodic tunes that will quickly get stuck in your head. The battle music is suitably rousing, whilst moments of adventure are usually accompanied with slower, contemplative pieces that are strangely soothing. Honestly, it’s impossible to play and not compose your own internal renditions of Cosmic Star Heroine’s musical numbers once you’ve put the controller down – the music is just that good.

Whilst its stylings are unashamedly old-fashioned, Cosmic Star Heroine isn’t afraid of tinkering with the tried and tested formula if it makes for a better game playing experience though; its combat system is evidence of that. It’s turn-based, but battles take place right in the field, doing away with the needless transitions usually found between adventuring and engaging in fisticuffs. And there are no random battles either – only by confronting on-screen enemies will you engage in conflict. 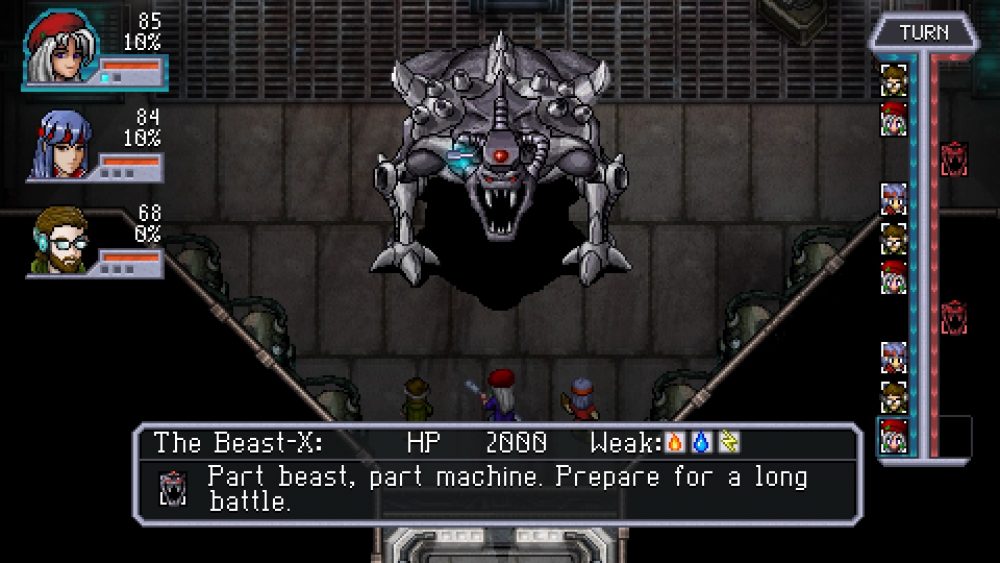 Starting out with your fighting options fairly limited, new skills are unlocked as you level up. Going against the grain, however, Cosmic Star Heroine doesn’t limit their use with an arbitrary SP or MP bar; instead, most skills can only be used once before you need to recharge them by resting for a turn. That may not sound like much fun on paper, but it forces you to carefully consider your actions, as well as use skills that may otherwise go neglected. Items that would usually be consumable in other RPGs such as health potions work in a similarly unusual fashion too – once equipped to your party’s shared satchel, they can generally be used only once per battle but replenish between them.

Adding a great deal of strategy into the mix is Cosmic Star Heroine‘s Hyper system, increasing the potency of a character’s actions at set intervals during combat. With a bit of planning, it means an attack that usually does a mere 300 damage could be boosted to do over 3000, rewarding those who think ahead and exploit enemy weaknesses. Unusually for the genre, the HP of your characters can go into negative figures too should they have built up enough style. There are plenty of skills that benefit from this state of near death, but it’s a good idea to provide medical aid pronto if you want to keep those afflicted fighting by your side.

Perhaps the only aspect of Cosmic Star Heroine that isn’t genuinely impressive is its story, which is just too underdeveloped and hammy to ever totally get you on-board with it. I mean, don’t get me wrong, it’s still solid and has enough personality to hold your attention throughout the 15-20 hour adventure, but it’s definitely not going to linger in your mind afterwards. Characters are one dimensional, situations are often clichéd, and there’s just no sense of urgency to it despite the universe supposedly being under great threat. It does have a good sense of humour with it all though, which wins it some brownie points in my book.

On the balance of things, Cosmic Star Heroine’s excellent combat system and well-executed retro stylings make it a must for those who hold the classic JRPGs of the past close to their hearts. It’s a shame that the story doesn’t grab you as much as it should, as otherwise, it would stand shoulder to shoulder with some of the greats. But it is what it is, and that’s still a bloody good 2D RPG with hours upon hours of quality gameplay to offer.

Cosmic Star Heroine is available on PC and PS4. We reviewed the PS4 version.