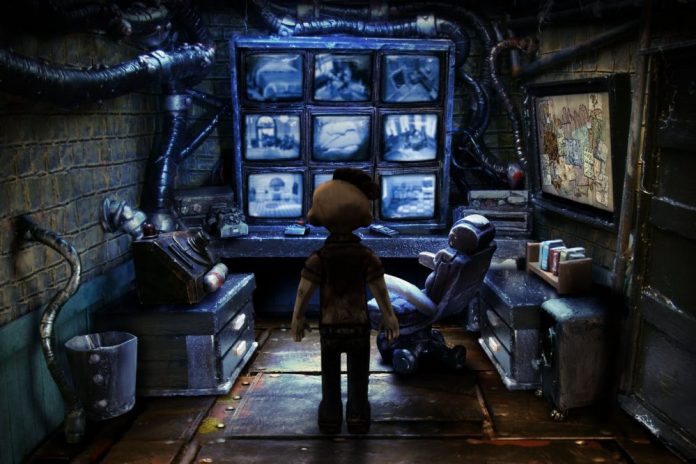 Five years is a long time in the world of gaming.

Five years ago, the Xbox One and PlayStation 4 only existed as prototypes. Games like Dishonored, The Walking Dead, and Hotline Miami were considered new IPs. Half Life 3… well, people were a bit more optimistic about its existence.

Amidst all of this, the first two episodes of The Dream Machine slipped onto PC. At the time, it probably seemed impossible that it would take until 2017 for the story to reach its conclusion, yet here we are. Somehow, it managed to avoid the encroaching grasp of development hell and emerged as a beautiful head-trip of a game.

There’s a good reason why The Dream Machine had such a lengthy development cycle, and it’s clear from the game’s title screen. “A point & click adventure game made out of clay and cardboard” reads the subtitle, next to an image of Victor, the lead, laying peacefully on a bed. That subtitle is no exaggeration, either. Seemingly everything in the game is delicately handcrafted from various real-world materials. Characters move smoothly with some incredibly detailed animations, though they’ve all been “blessed” with black, soulless eyes that make them look possessed. Looking at almost any screen in the game, the amount of detail on display is staggering. As someone who struggles to make a halfway-decent snake out of a ball of clay, I can only imagine how much passion was poured into creating each tiny piece of the world. Unfortunately, the varied clutter throughout the game does have some less-than-desirable consequences, but we’ll get to that.

The story opens with Victor on a tiny island in the middle of the ocean. After some introductory puzzle-solving, he wakes up to his alarm clock. It turns out that him and his wife, Alicia, have just moved into a new apartment building. Over breakfast, Victor and Alicia discuss their dreams from the previous night, and Victor learns that Alicia doesn’t have the best feeling about the building’s landlord, Mr. Morton. 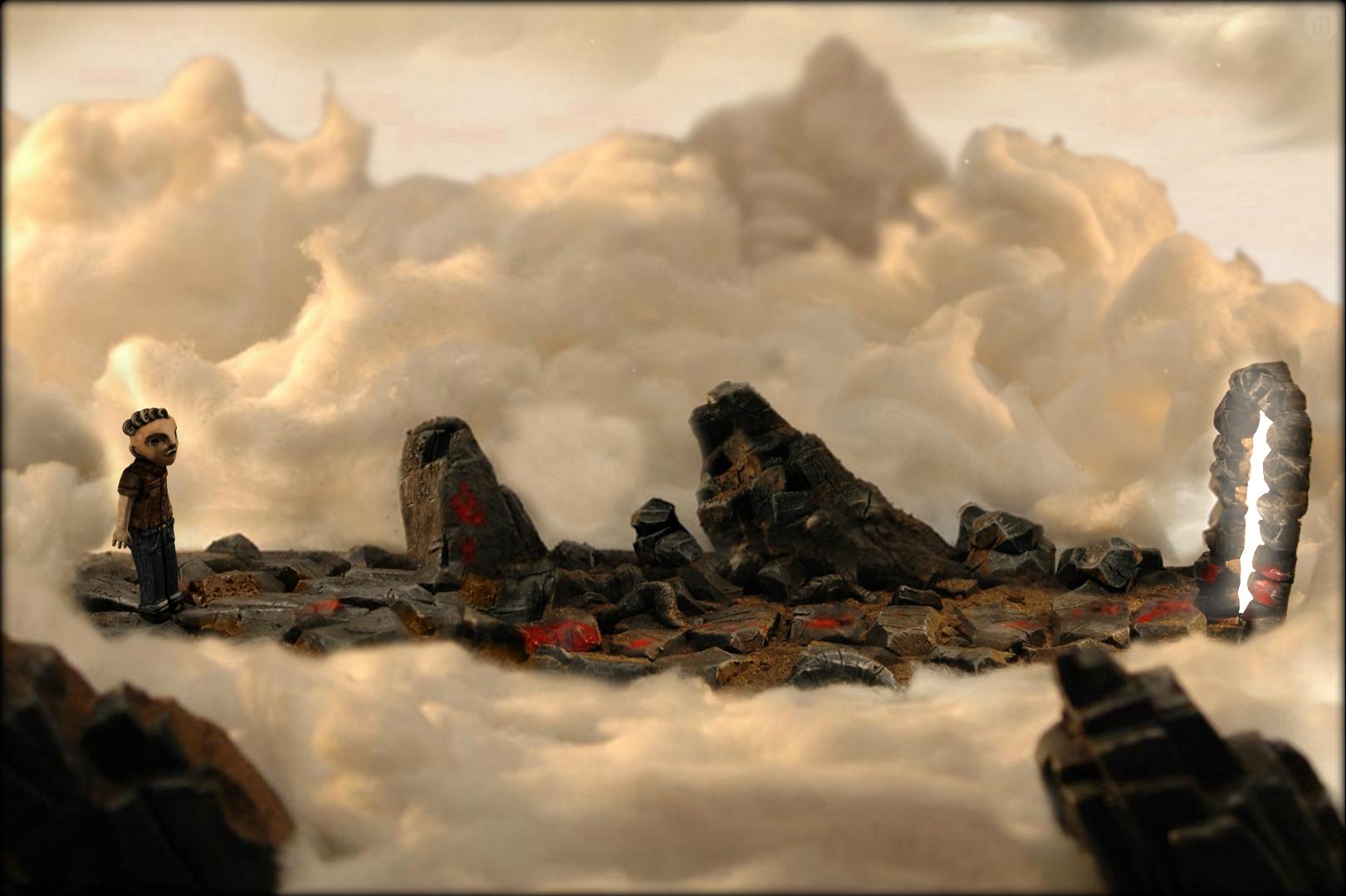 As it happens, Alicia’s concerns about Mr. Morton are well-founded, as Victor discovers some disturbing things about the new apartment, Mr. Morton, and a mysterious machine that connects it all together. It isn’t long before Victor is forced to use the machine (known only as “The Dream Machine”) to dive into the dreams of each of the building’s tenants, in the hopes of saving them all from a horrid fate.

The premise is interesting and refreshing, recalling films like Inception. However, things quickly begin derailing, and by the end, have devolved into something bearing far more resemblance to a certain Stanley Kubrick film, even going so far as to remake a few iconic scenes. Things get messy, too. For a game called The Dream Machine, there’s scores of nightmarish imagery, including mutilated corpses, organ-stealing thieves, and an extremely graphic abortion. The haunting, minimalistic soundtrack also does an excellent job of keeping things creepy and unsettling, with several cues that never failed to make me cringe in pure horror.

When it comes to gameplay, a standard point and click model is followed. Objects in the environment can be picked up, interacted with, and combined to form new tools to progress in the levels. However, here’s where the detail issues come in. Since the environments are so lavishly decorated, it can be difficult to find certain key items amidst everything. I was forced to use a walkthrough on a few occasions, only to be left shaking my head with a moan of, “Are you serious?” Personally, I like trying to use logic to figure out point and click puzzles, but slowly moving the cursor up and down the screen until an interaction prompt appears is often a far more viable strategy.

Speaking of logic, there are certainly a few leaps here and there, as seems to be typical with many such games. One that stands out is a bit on a cruise ship, where progression requires pouring gasoline into a bowl and sending it to the kitchen. The kitchen then assumes that it’s cold onion soup (everyone down there is completely nose-blind, apparently), throws it into a heater, and the kitchen is set ablaze. Who thinks to do that? Granted, this is coming from someone whose point and click game successes are limited to Telltale adventure games, but still. Sometimes the game’s logic seems to come out of left field, and it was frustrating to have to rely on outside sources to progress.

That frustration unfortunately managed to take me out of the experience on many occasions. It became difficult to feel for the characters on-screen when I was busy with countless exasperated outbursts and sighs of relief that a section was over. Towards the end, things just started feeling like a slog, and I began to dread new puzzles, particularly those of the “collect x number of this item” variety.

This also made The Dream Machine’s descent into madness feel more like a desperate cry for attention than anything. I started predicting plot twists simply by coming up with the most messed-up, macabre progression for a scenario, only to be proven correct every time. It was like the game was frantically trying to say, “Look at how weird and surreal I can be! Isn’t this wacky? Are you not entertained?”, when all I really wanted was for it to settle down and stop being so ludicrously over-the-top. The progression from surrealist dream romp to twisted existential nightmare felt a bit too jarring, and I think that more restraint could have made certain scenes stand out even more. 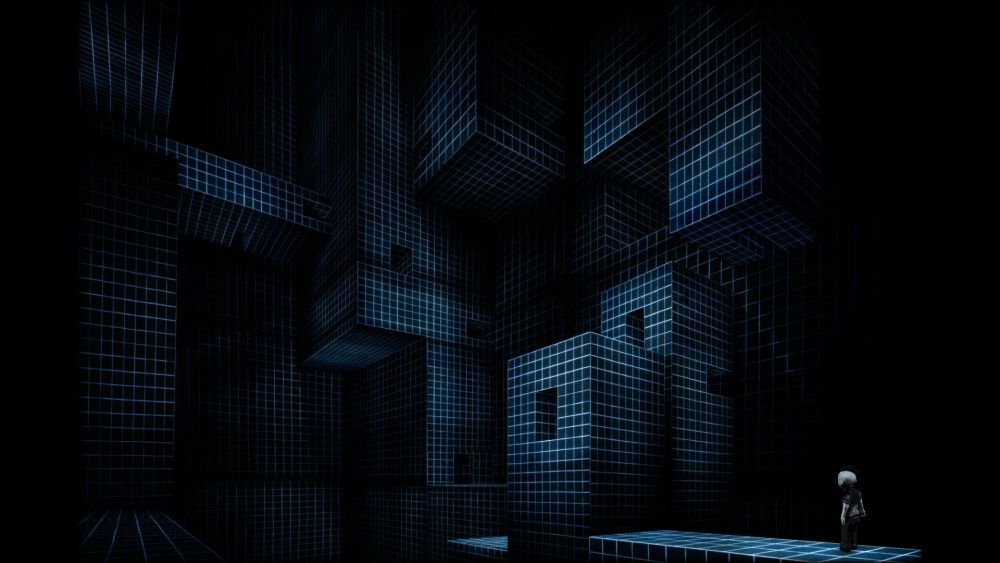 At least what’s here is well thought out, though. There are so many little details that manage to tie into the plot, with small asides early on playing larger roles in the grand scheme of things. The narrative manages to stay followable despite its twists and turns, though it would have been nice to have a “previously on” segment to play catch-up between episodes. Less of an issue now, but I’d imagine that it was far more aggravating as the episodes were slowly being released.

The Dream Machine is a flawed, yet stunningly gorgeous game. The time and effort that went into it from such a small studio is mind-boggling, and every minute of it was well worth it from an aesthetic point of view. It’s unfortunate that the deranged rabbit hole it dives down ends up feeling a bit forced, and the gameplay may occasionally drag things down, particularly for point & click neophytes. However, it feels like the definition of a passion project, and it can’t be denied that it is an impressive accomplishment. It may not quite be the stuff of dreams, but The Dream Machine is anything but a nightmare.

The Dream Machine is available on PC.