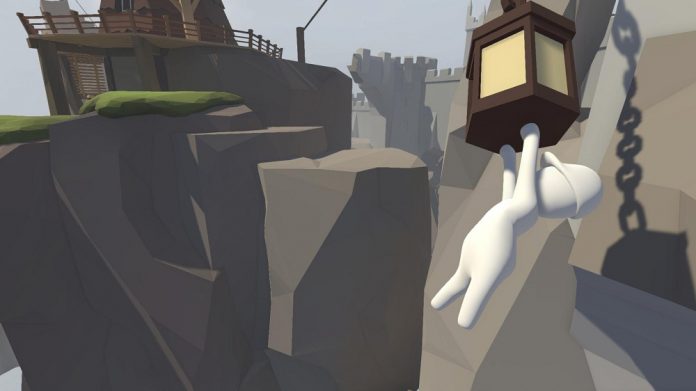 Ever had that dream where you’re constantly falling for eternity? Human: Fall Flat embraces this common nightmare as the foundation for its 3D, third-person physics puzzle game. An odd premise, sure, but a resounding success nonetheless.

Developed by No Brakes Games, Human: Fall Flat adds several unique mechanics to the physics puzzler formula. It definitely takes some cues from games like Octodad, Grow Home and Surgeon Simulator, but it keeps things fresh with some impressive additions. Most obvious and central to the game is the ability to control each of the character’s arms independently. This creates plenty of interesting scenarios like the ability to carry two objects at once, to operating vehicles using each arm separately.

The game’s protagonist is featureless (by default, but you can change his appearance in the editor), voiceless, tubby and child-like. Whilst bumbling through the early worlds you begin to get a feeling that everything in the game is oddly interconnected through its physics and that all objects share common values. This makes the game and your interactions feel “real”. Different objects having different weights may seem obvious, but putting this into practice in a game can be easier said than done. Thankfully Human: Fall Flat executes on this point very well. The result is the player’s body dynamically reacting to its interactions with each object and the environment differently, creating some hilarious consequences. It twists and contorts in unnatural ways due to the forces being exerted on it. At first, I found this a little uncomfortable, but the more I played, the more profound this effect becomes. The underlying physics engine underpinning Human: Fall Flat is about the most remarkable I’ve ever seen in a game.

The genius in some of the puzzle designs should not be understated either. Using rollers to move a beached speedboat and the inflatable lilo atop a waterfall where two personal highlights.  As the game progresses the scale of the puzzles tends to increase too, requiring bigger machines and aids to complete each area. 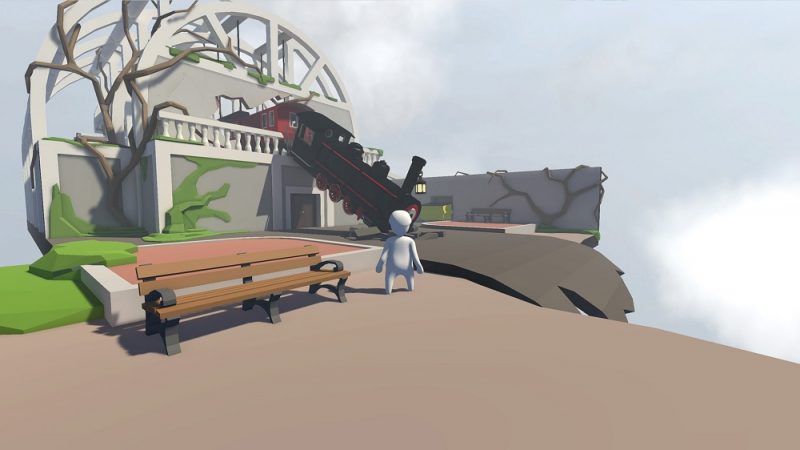 As with many physics-based puzzle games, many of the game’s challenges unfortunately come from battling with its controls. The puzzles themselves are rarely that complicated to solve. In fact, the simple solution for each puzzle is quite often obvious at first glance. However, each puzzle/encounter is cleverly designed, meaning that there is often more than one way to solve each area. This genuinely empowers the player and makes you feel rather smart as you figure out less obvious ways to solve puzzles. The real challenge comes from manoeuvring and positioning your character into just the right place or angle to be able to successfully complete the action. This adds to the charm and hilarity, but also at points, gets very frustrating during the 6-7 hours you’ll spend with Human: Fall Flat.

At other times, however, I found myself in genuine hysterics at the on-screen action. Perhaps most impressive is that this humour is never achieved through some witty dialogue or well-designed scripted situation; its generated purely through your own actions and interactions with the environment. An early example of this was attempting to pull down a wooden create from a high ledge, which inadvertently came crashing down on top of my head. Or the time I found myself in someone’s apartment, but accidentally bumped in their speaker tower, sending it crashing through the glass windows. 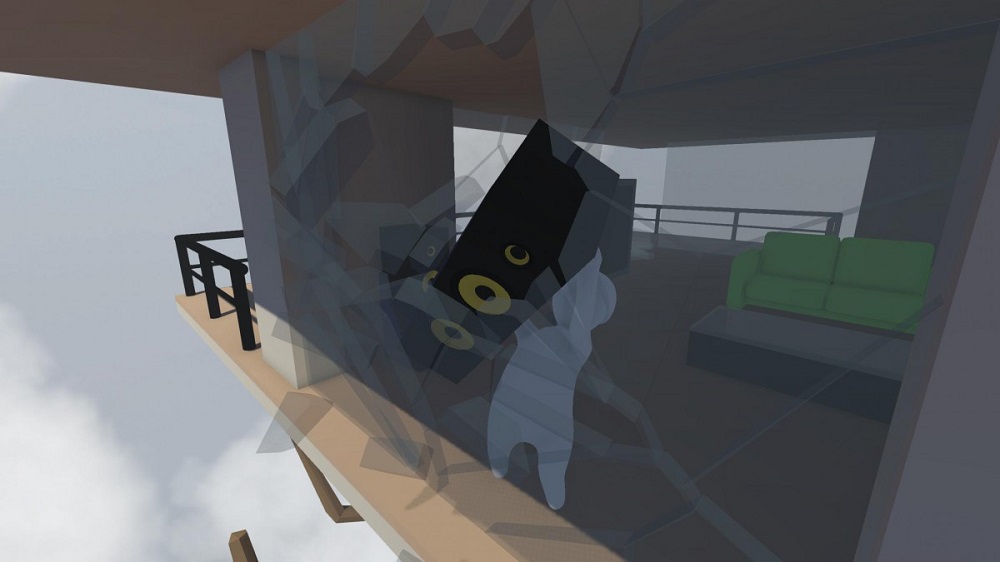 Each level is a self-contained world, whereby reaching the exit, the player falls uncontrollably until they land at the next one with a resounding “thud!” Each world has its own theme; for example, in the water world many of the puzzles are buoyancy based. In the electric world however, you’ll need to power up certain objects with battery packs before they can be used. This gives each level its own sense of identity and place within the game.

Visually, Human: Fall Flat is simple yet effective. It’s very reminiscent of a child’s playset; colours are big and bold, as are most objects in the world. This is not a game that focuses on fine details, but instead, on the fun interactions between objects and the unintended consequences of these actions.

The game’s soundtrack is heavily inspired by Minecraft: gentle and soothing piano pieces ground the game to a dream-like aesthetic, further reinforcing the game’s narrative of saving the player from his reoccurring falling dreams. There were a number of points in the game when I felt that the soundtrack began abruptly, rather than a slow fade or something more befitting to the games style. This maybe something that is patched into later versions, but currently, it served to remove me from the experience in a somewhat jolting manner.

Saying that, I did greatly enjoyed my time with Human: Fall Flat. Even though the game offers little in terms of replay value apart from the co-op multiplayer mode dubbed “Father and Son”, I loved my time with it. For anyone that enjoys physics-based puzzle games in the vein of Octodad etc., then Human: Fall Flat definitely deserves a look. It has earned its place in the upper echelon of its genre. Hilarious and empowering, even if it is frustrating at times, Human: Fall Flat is definitely worth at least one play through.

Human: Fall Flat is available on PC, PS4 and Xbox One. We reviewed the PS4 version.