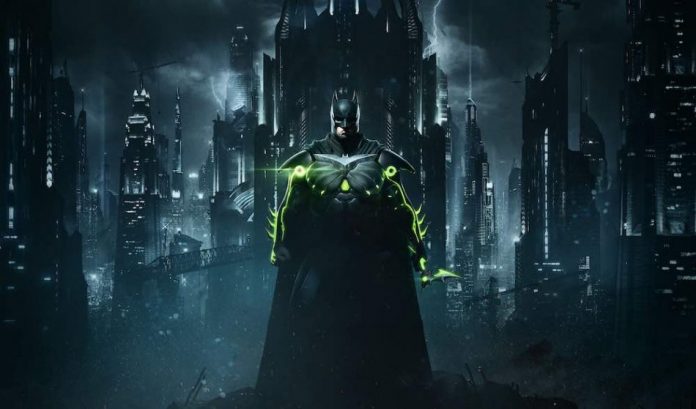 Injustice 2 has launched worldwide and we are smashing our favourite DC heroes and villains to kingdom come.

Whether it’s online, against the computer or amongst friends we have been lapping up the action. But how well does the game transition from a butt-kicking button masher into a new eSport? I met up with various people at the Injustice 2 UK launch event to see what they thought Injustice 2 brought to the table.

The game’s launch was a cool party – and I mean that literally; there were ice sculptures – with an interesting mix of journalists, cosplayers and professional gamers. It gave me a unique insight to the potential of this game and its future. My own experience with Injustice 2 has so far been a great one; I’ve smashed out the storyline, collected tonnes of gearboxes and, most importantly, changed my loadouts of Green Lantern to play as the far superior John Stewart. As a single player experience, I’ve enjoyed every aspect, with the multiverse and gear systems being a brilliant addition that has me hooked. Alas, I am not here to give a review – that’ll come later – but instead, I’m here to give a lowdown on the longevity of the game both as a local beat ’em up and as a pro eSport. 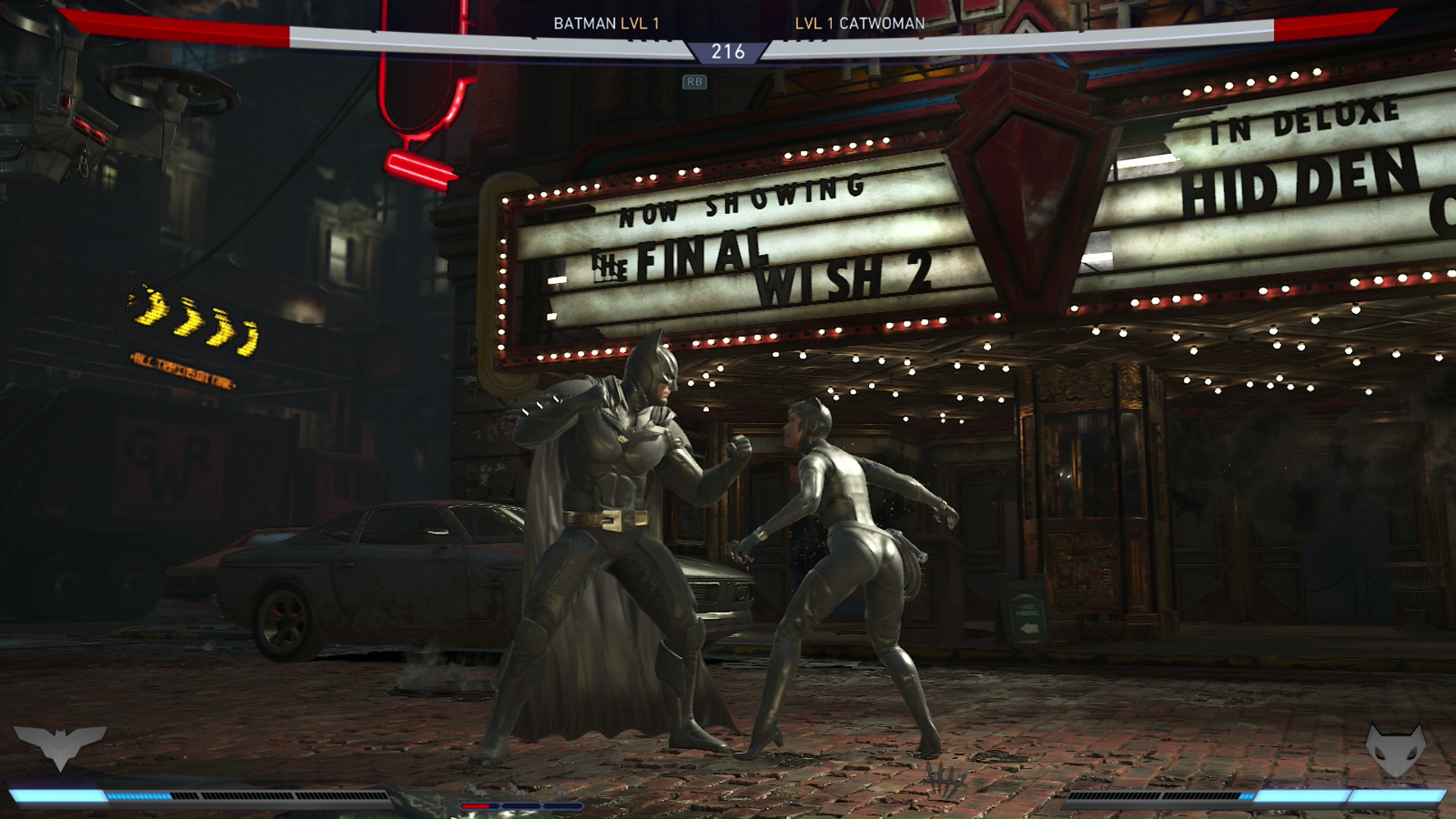 The main crux of any beat ’em up game worth its salt is how well it can perform as a “sofa” game. How long does Injustice 2 manage to keep us entertained before going stale as we battle our flatmates, family members and bailiffs alike? How engaged can we get in an individual grudge match between two friends? The potential is surely there; the friendly games I played at the launch event were fun, and even complete novices managed to get a kick out of it. The amateur meta-game of “can I get my special move to land?” certainly has a part to the play in this; the simplicity of Injustice 2‘s special move means even the worst fighter can land an epic attack, giving encouragement to play on.

I enjoyed every game I played at the event, but for different reasons. The best matches were always the ones against players at the same level as me; the ones who knew a few moves. Those games always came down to the wire, and were tense yet fun. Others were enjoyable because I could toy with people who didn’t have a clue, trying to refine the perfect combo in the process. Even in the game where I was absolutely obliterated, however, I still walked away with a smile. Was this the booze? Perhaps, but most probably it is the fact that I still was content in the few hits I got in – and, of course, the previously mentioned specials, which are an absolute thrill to watch.

The only possible problem with Injustice 2 could arise from the gear system that allows you to customise characters, making them more powerful. In the interest of fairness, you’d need make sure the gear you equip is purely cosmetic: let’s advocate for pretty-looking fighting, not unbalanced fighting! However, the ability to level up fighters has its uses: I keep a second loadout equipped with the best gear and use it as a leveller. It’s useful for an amateur to use while learning the game, giving them the edge they need when playing against someone more experienced. Much like in a game of FIFA, when you allow the person who knows nothing about football to play as Real Madrid while you play as Hartlepool United. While not entirely fair, it at least makes it fun for both individuals involved, with the ability to actually do some damage and the extra challenge respectively. 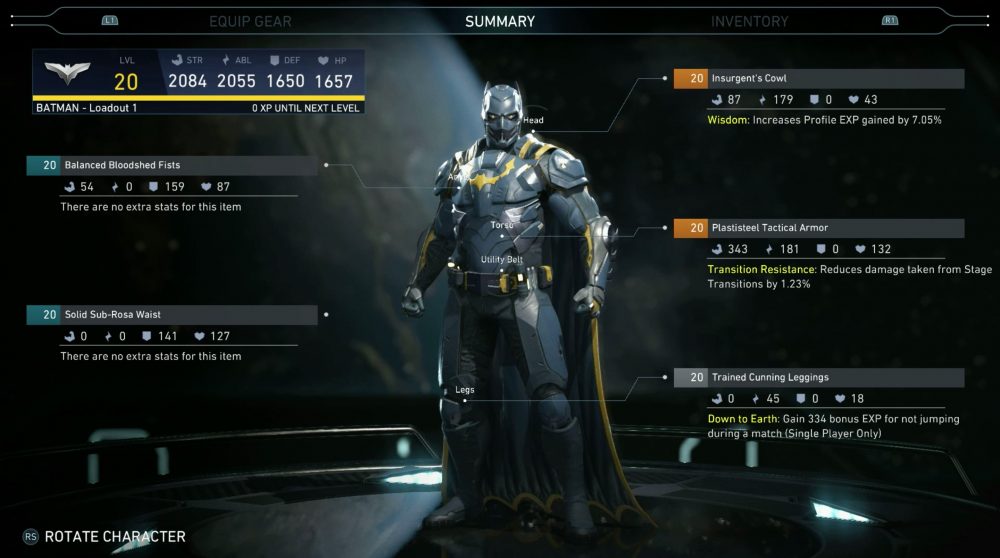 At the event there was a main stage hosting a tournament for fighting game professionals. Everyone I chatted to from NetherRealm Studios and Warner Bros. acknowledged the push towards making Injustice 2 a viable eSport title. Watching the pros play was almost otherworldly, as if I was in some kind of trance, where nothing mattered except hammering your opponent into the ground. Being incapable to judge for myself whether the game would make for a great professional tournament, I instead opted to use my most talented skill: interrupting people and asking annoying questions. Most professionals and commentators alike seemed to agree that Injustice 2 certainly has leg. With NetherRealm Studios having a lot of experience in the fighting game market – Mortal Kombat, of course – it was always going to be a game that a lot of professionals would be able to familiarise themselves with quickly, giving them a good starting platform to try and master certain characters. The added dodge roll and the interactive scenery helps in making contextual factors important too, not just which character has the slight edge.

After annoying enough people, it was my time to participate in the amateur journalist tournament, playing against other members of the press to win a banging trophy. I got to taste the adrenaline of eSports for the first time – and by golly, I loved it. The rules were simple: best of three, and if you win a round you must keep that same character in the next. I beat my first opponent in straight sets, utilising Robin’s quick pace to mask any mistake. I had learned a few interesting moves of his and it was serving me well. The next opponent played as Superman and we took the game to final round, neither of us giving up our preferred characters. It came down to the wire, but grabs and scenery smashing just gave me the edge. I was through to the quarter-finals.

In my final match, I fought someone who not only knew singular moves, but how to chain them together. The eventual champion, playing as Catwoman, fought mightily, with my Robin only able to get a few hits in before a swift defeat. With that, my taste of eSports was brought to an end.

The competition soon ended and so did the night, but I was left with a great impression on the potential for Injustice 2. I’ve no doubt that it’s a game we’ll see being brought out at house parties – and on the professional stage – for a long time to come. Bravo, NetherRealm.