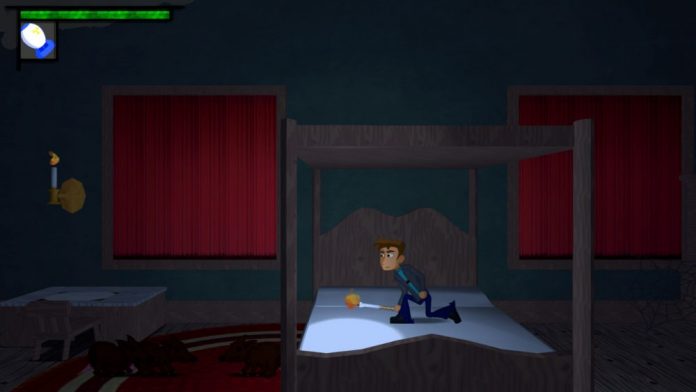 If nothing else, Last Stitch Goodnight is the latest in a long line of video games that prove you should never judge a book by its cover.

Much of this problem comes from the fact that a lot of gamers will unfortunately be put off by the simplicity of Last Stitch Goodnight’s art style. Sure, it’s very basic – but it’s effective, and if you are able to look past that, you’ll find that rather than being a fairly uninspired side-scrolling adventure, Well Bred Rhino’s game is actually a competent and rather enjoyable metroidvania full of intrigue.

Set within a creepy old mansion-come-asylum that feels much more One Flew Over the Cuckoo’s Nest than Great Gatsby, you’re placed in the shoes of a rather stubborn test subject. You’ll guide him/her through a series of puzzle platforming sections, take out any enemies that stand in your way, and use your wits to acquire all the necessary tools needed to escape alive. At its core, Last Stitch Goodnight is a metroidvania in its purest form, but what makes the game stand out somewhat is its mystery-filled tale and thoughtful puzzle-platforming.

When first being handed control, your first source of interaction is nothing other than a literal out-of-body experience, requiring you, as a little floating life source, to make your way back to your flesh and blood body. In this initial five minute segment, Last Stitch Goodnight introduces a core puzzle-solving mechanic you’ll go onto unlock control of later on.

Every enemy that stands in your way, trying to prevent your escape and stopping you from learning more about your peculiar surroundings, makes sense within the setting of the game. Reinforced security guards keep the bullets flying, while it’s perfectly normal for psychopathic doctors to rush you with a Bunsen burner. Look beyond the flash game-like visuals of the game and there’s a reasonably thoughtful experience waiting to be unearthed. 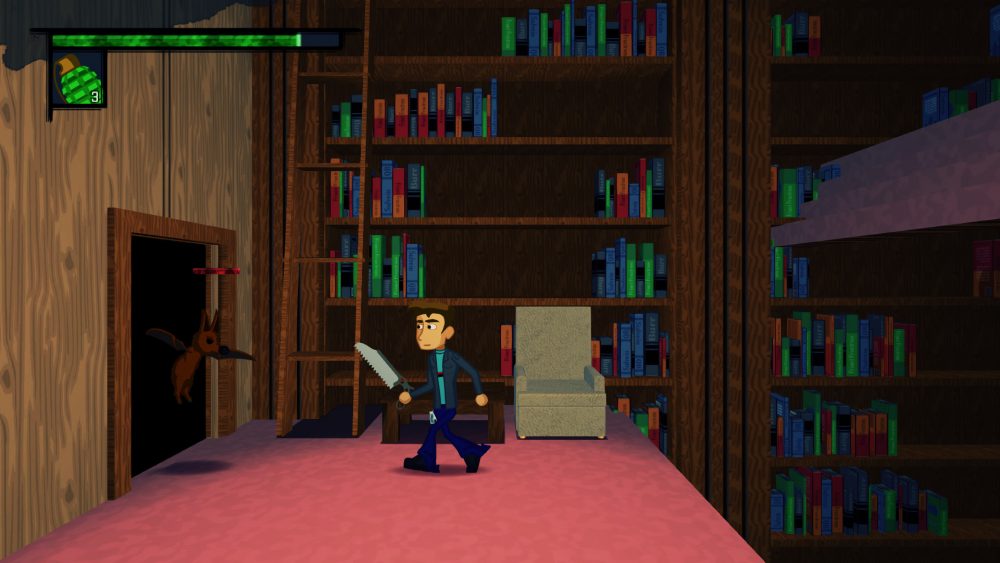 Your objectives in Last Stitch Goodnight can range from simply making your way from one end of the mansion to the other, to finding a new weapon or document only present in a particular office or armoury. As you progress, you’ll uncover more narrative, learning why you’re there, what happened to those before you, and just how this experimental programme came to be. Backtracking is a present feature here, but it’s to be expected for a game of its genre. Previously unreachable areas can be accessed over time by way of collecting the correct skill/item, and because the map is relatively small, it’s easy to navigate without needing to check your map every few minutes.

However, Last Stitch Goodnight regrettably has some issues whenever combat is forced in as a necessity. While I looked forward to gaining more currency and improved health upon defeating the next maniacal robot that lurked around the corner, every combat scenario boils down to a meticulous game of hit, dodge, hit. No matter which weapon I selected from the wheel, the act of fighting someone never evolved even outside of boss battles, aside from a few environmental puzzles which required solving during the encounter. Making combat on a 2D plane engaging is always going to be tricky when projectile weapons are a rarity, but suffice to say it didn’t hinder to the point of annoyance.

I can’t imagine anyone’s first impression of Last Stitch Goodnight being a good one, and that’s a an unfortunate side-effect of a limited but well-employed budget. But venture past those initial impressions and dare to delve into what the game has to offer you, and Last Stitch Goodnight really starts to flourish once its narrative elements and gameplay mechanics start to reveal themselves. What could have been an unfulfilling side scroller without an ounce of depth instead carves out its own unique place in the metroidvania genre, largely thanks to its whimsical take on presentation, puzzle-solving, and narrative.

Last Stitch Goodnight is available on PC and PS4. We reviewed the PS4 version. 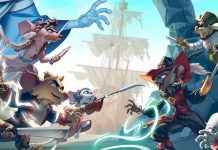