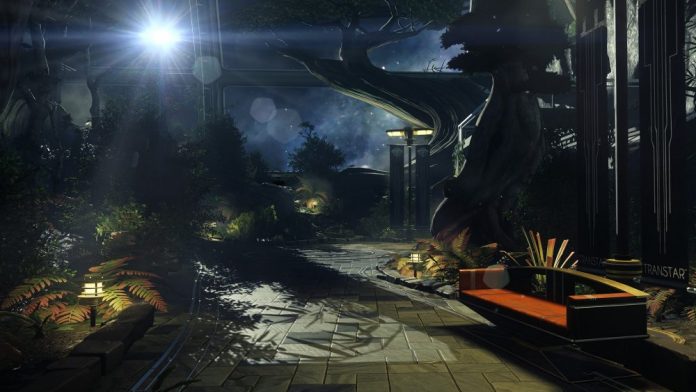 Sci-fi action RPG Prey takes you to a world of futuristic possibilities, most of which involve having your face chewed off.

There are three things to take from from sci-fi themed shooter-cum-RPG Prey. Firstly, science is evil and will eventually lead to our horrific downfall. Secondly, if a self-improvement technique involves cramming a huge metal spike into your eyeball, think twice. Finally, 20% of all “inanimate” objects are merely biding their time until they can murder you in your sleep.

Extreme as those views may be, I feel I’m entirely justified in my opinions given the hours I’ve spent immersed in Prey’s nightmarish world; boggling at the dunderheaded folly that led to an alien outbreak, all the while smashing suspicious-looking coffee mugs into smithereens. Prey isn’t as persistently terrifying as pure survivor-horror titles, such as Resident Evil 7, but it does its level best to keep you unsettled. And, on the whole, it succeeds admirably.

Prey pitches you against the Typhon, an alien species that was likely named by hurling a Scrabble set at a wall. These ridiculously monikered monsters, which have taken over the Talos I orbiting research station and can disguise themselves as everyday objects, leap at you when you least expect it. As Morgan “Muggins” Yu, you’re tasked with combating these arachnoid menaces as well as dispatching their larger non shape-shifting brethren, roiling, shadowy stick-men who exemplify the very meaning of the word “alien”.

Matters are further complicated by the fact that Morgan, whose gender is player-determined, has had her memory wiped, leaving you to rely on others to guide you. So not only do you have to deal with the terror of an enemy who can be anywhere and look like anything, there’s the very real possibility that you’re being lied to by those you’ve been forced to rely on. Wrong-footing you in this manner is a hugely effective if sadistic technique which ensures you’re always slightly on edge.

Far from defenceless, you’re able to wield all manner of weapons including some utterly absurd ones. There’s the entertaining and faintly obscene foam-firing “GLOO gun” and recycler grenades which scatter your opponents into their component parts, which can in turn be used to craft other items. Cramming the aforementioned spike, dubbed the Neuromod, into your eye will also give you the ability to exercise various superhuman powers, growing in strength the more Neuromods you apply.

Read more: 10 Tips for Getting Started in Prey 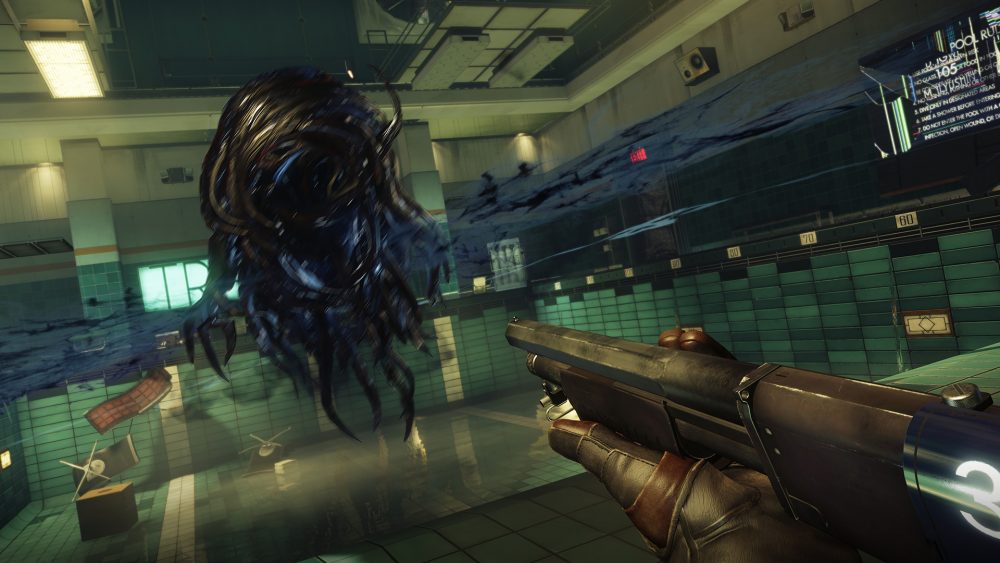 No matter how well armed you are, however, you’ll still experience the same twinge of fear when you hear the thud or crackle that signals the proximity of a Typhon. And you’ll still be gripped by intense paranoia when you hear the jarring chord (Prey makes great use of audio cues) that signals the presence of a concealed mimic. Was that box there a second ago? Wait… did that oxygen tank move? Before you know it, you’re flailing around the room bludgeoning random objects with your wrench.

While Prey’s fear factor contributes to the game’s appeal, there’s so much more to it than just jump scares. As you might expect, given that the game is influenced by System Shock, you can tweak your character’s skills to your heart’s content. But Prey manages to outclass its spiritual predecessor in terms of the sheer amount of freedom it gives you. You’ll frequently find yourself wondering, “Hey, would it work if I…” and the answer will nearly always be yes.

Early on in the game, I found myself having to deal with a Typhon with no remaining ammunition. I considered hurling furniture at it but didn’t fancy my chances. But then, an idea popped into my head. I’d previously clambered into a maintenance duct to shut off a hazardous electrical fault and while the Typhon had shown no interest in entering the lab of its own accord, I decided to lure it in. Opening the door and backing off, I grabbed an item from a desk and waited. Hurling the object at the wall, the shadowy nightmare stepped in to investigate, at which point I made my presence known and it ran towards me. Quickly ducking into the duct, I slammed on the power, hoping that the Typhon had been caught by the electrical arc. I emerged to find a smoking pile of black material on the floor; my gambit had paid off. And this wasn’t even one of the game’s formal problems that need to be solved. Prey’s commitment to player freedom means that there are sometimes four or five different ways to get past an obstacle, stealth being as valid an option as shooting the place up. Discovering an unexpected solution to a problem gives you a real buzz, particularly when it’s something you suspect Arkane Studios, the game’s designers, didn’t even think you’d do.

Conversely, there are plenty of ways to come a cropper. Most doors can be closed and locked from the inside which, while it may seem like a ridiculously simple feature, adds a great deal to the game. Should you find yourself pursued by a Typhon, its flames licking at your feet, you may be able to dash inside a room and slam the door. At which point, unless you’ve chosen a room with another exit, you’re locked inside. As large as the lab, office or storeroom you’re in may be, it suddenly starts feeling very small. If you’ve never experienced claustrophobia, you will when you’re locked in a room and you’ve got an angular alien creature eyelessly staring at you through the door. And no other game will make you feel as alone as Prey does when you step into the void to space-walk around the station.

This, in a nutshell, is what makes Prey such an joy to play. Your actions tailor the game to your own play style; scripted events are far and few between and as result, the experience is uniquely personal.  Multiple side-quests are there to give you a reason to explore the station further but you’ll want to investigate every nook and cranny without this incentive. Prey’s open level layouts means you rarely feel boxed in.

Read more: Playing Prey Showed Me How Much of a Wuss I am 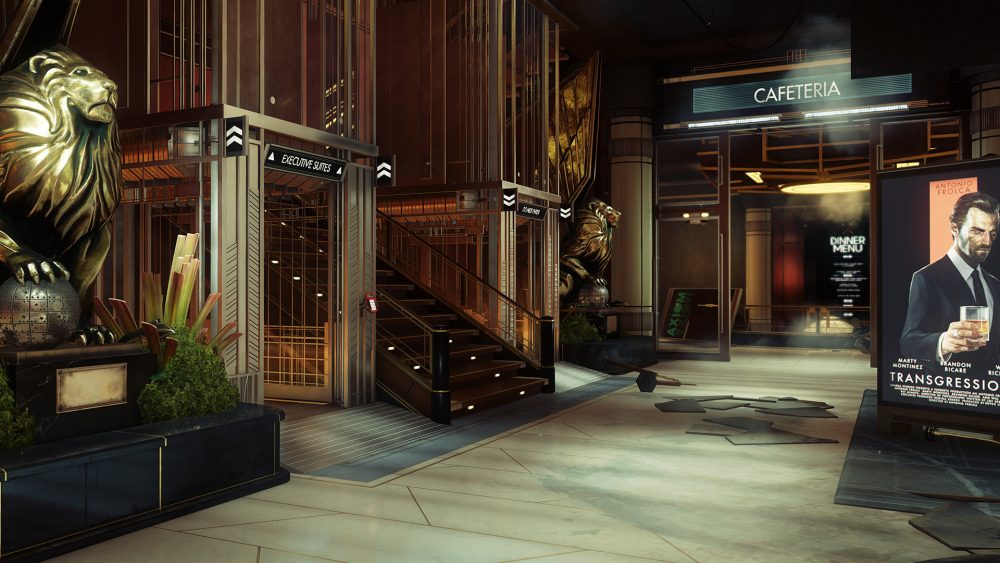 The icing on the cake is how well realised the game’s setting is. Talos I is undeniably pretty, its internal locations ranging from luxury offices through to dingy engine rooms. But more importantly, it feels like a real, albeit futuristic, location, inhabited – formerly, at least, by real people. Poring over emails reveals a wealth of reassuringly mundane information. You’ll feel more connected to the station’s inhabitants – both living and dead – because their missives discuss job gripes, Nerf tournaments and other everyday nonsense. And when you come across their corpses, it’ll hit you all the harder.

For all its strengths, there’s one area where the game disappoints. Prey’s narrative sidesteps many of the usual science fiction tropes and, for the most part, weaves a powerful tale, with enough twists and turns to keep you on your toes. But for the bulk of the game, the Typhon threat never really convinces. Ram enough spiky Neuromods into Morgan’s brain and she’ll be able to take them on up close, though there’s never a point where you can steamroller over them, Doom style. Formidable as they are when you’re facing them, Prey never quite manages to impress upon you the supposedly apocalyptic nature of their overarching threat.

Nor can this put down to their distinctly non-vocal nature. Alien’s Xenomorphs are similarly mute and you know they’d be being Really Bad News™ if they ever hit Earth. This isn’t helped by the fact that the Big Bad Typhon, who has been supposedly sent to hunt you and crops up at four or five scripted points, can be avoided if you just stand behind a pillar for two minutes. It’s the videogame equivalent of ducking under the sofa ’til a door-to-door salesman goes away. It’s hardly a game-breaker but it does chip away at the game’s impetus.

Prey is a game that draws you in the more you play it. If you’ve played the demo and decided it wasn’t for you, it’s worth thinking again, since it really picks up after that initial hour. It’s also absurdly replayable; while you can complete the game in roughly ten hours, I spent over twice that exploring Talos I and I anticipate plunging back in to adopt an entirely different approach. True, it’s no more a “re-imagining” of the original Prey (released in 2006) than Breaking Bad is a re-imagining of Sesame Street; but at the end of the day, that doesn’t really matter, except maybe to Bethesda’s marketing team. Prey expertly blends a compelling narrative with open level design, a fear-inducing mechanic and near-unparalleled player freedom to deliver an appealing, atmospheric and aesthetically pleasing chunk of sci-fi that will get sink its spiky teeth into you and never let go.

Prey is available on PC, Xbox One and PS4. We reviewed the Xbox One version.