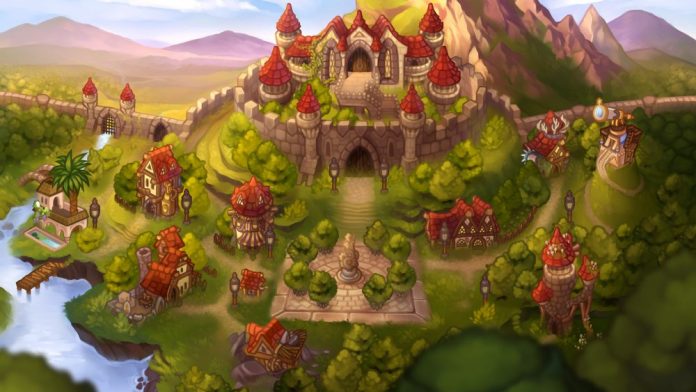 Regalia: Of Men and Monarchs arrives with the near-taboo disclaimer that it was financed by a Kickstarter campaign.

With some rather high profile failings recently, one cannot help but be hesitant when approaching a fan-supported game like this. Hopefully, this is that rare diamond that manages to meet its self-appointed expectations.

My initial fears, built on a fair few disappointments, were quickly washed away as the opening scene of Regalia: Of Men and Monarchs played out. From the colourful characters and world design to the enjoyable voice acting and detailed storytelling, straight away you can feel the passion and hours put into this project.

But passion and love for video games can only take a developer so far. Obviously, above everything else, talent and skill are needed to make the ideas that seemed so brilliant in one’s head translate well into 0s and 1s and eventually someone else’s computer screen. Pixelated Milk seem to have all the qualities needed to make this transition, and I have to say that Regalia: Of Men and Monarchs is a delightful experience in the whole.

You’re placed in the shoes of Kay, a young descendant of House Loren, the ruling family of the proud but now mostly desolate kingdom of Ascalia. He makes the journey forth to claim his rightful throne and rule over his once prosperous land. With the old great rulers and the evil warlords they fought mostly forming part of history books, Kay is disappointed to find that his castle has been left in a state of incredible disorder and his city could be better described as a ghost town.

Deciding that this is too much of a task for one like him, with the guidance of his companions, Kay decides that it’s time to head back home and forget this whole ruling business. Just before he can leave, he is greeted by a debt collector, who might as well have villain written on his forehead, who informs our young heir that he has inherited the greatest of family treasures: a back-breaking mountain of debt. 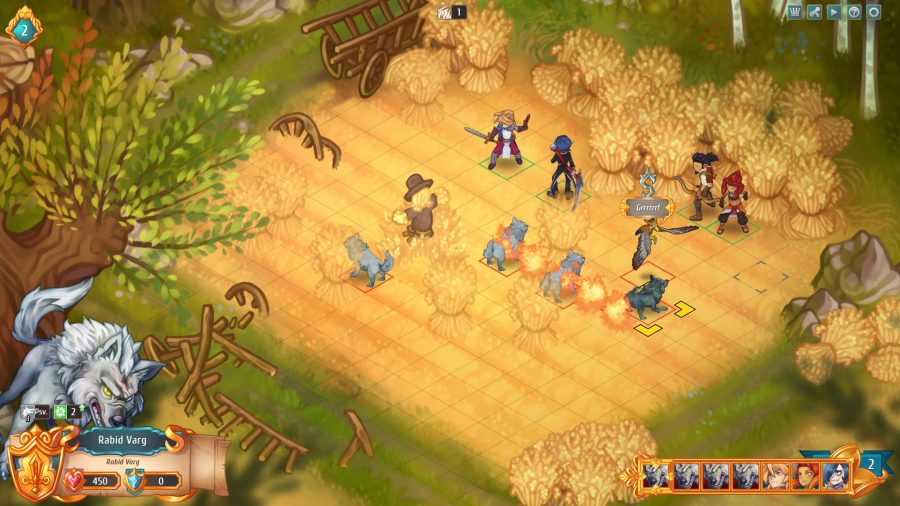 From there, the main campaign truly begins as Kay sets out to raise his kingdom to the glorious heights experienced in days now gone and to maybe do something about the crushing debt. Regalia: Of Men and Monarchs is a tactical RPG – which pays homage to old school JRPGS like Final Fantasy Tactics – and a city builder wrapped up into one cute little package.

A quick disclaimer, be prepared to sit back and listen to some dialogue, as Regalia does enjoy a good long scene. The professional cast of voice actors do a fantastic job of bringing to life the rather quirky, if not particularly original, cartoon characters. Even fodder enemies have some great performances behind them. Humour is a big part of PixMilk’s adventure and it is surprisingly on point for most of the game’s runtime.

Some stand-outs include Griffith, Kay’s trusty knight, who spouts hilarious one-liners on his quest for justice. Signy, a warrior woman who is on the hunt to find and kill her personal beast to prove her might to her tribe. And as a practitioner of amateur pun-making, the fire witch Aliss’ never-ending slew of ‘Come on baby, light my fire’ quips speak to the inner cheesy comedian residing within me. The characters have great chemistry with each other and I couldn’t help but find myself laughing along.

There is a lot of content in Regalia: of Men and Monarchs, and doing anywhere near all of it will consume a good chunk of hours. Playtime will be divided between developing multiple characters’ relationships with Kay, unlocking new abilities, developing the city and dungeon adventuring. Besides regular story quests, there are also kingdom quests – side quests which are divided into six different categories including dungeoneering, construction and crafting. A certain amount of these quests will have to be completed within a set time period or you’ll be presented with a big ‘game over’ screen. Although it might feel arbitrary, it does fit in with the debt narrative set up within Regalia.

There are at least 20 dungeons, and each one will contain a range of different quests/stories to complete. Each dungeon will consist of two things: fights and interactive encounters. The latter is one of the highlights of Regalia: Of Men and Monarchs, a storybook-like approach were the player has to choose how Kay will respond to some weird circumstance he might have stumbled into. There are wrong answers that can have consequences later on, but most importantly, the stories are damn well written. 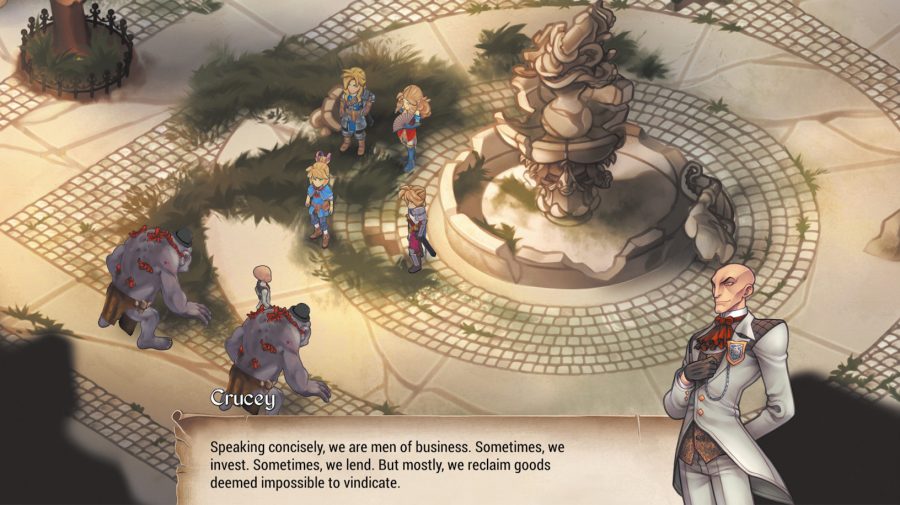 I do not want to give away too much about the story, but one of my personal favourite encounters happens early on; a a group of zombie soldiers believe that Kay is their general who has returned to battle to spring a trap on the enemy. They are not aware that they are dead, so although the interactions are funny, it soon sinks in on just how sad a situation this truly is.

Outside of the in-depth storytelling, the combat is also satisfying. Anyone who has played some old-school tactical JRPGS will not find a lot that is surprising within Regalia: Of Men and Monarchs. It is a grid-based system were the player can dispatch up to four different characters to do battle with whatever creatures lie ahead of you. Health cannot be healed within the battle itself, and each character has his own skills and talents that would make them useful in a particular situation. Tactics are important, as it is very easy to end up overwhelmed. Attacks tend to miss a lot, especially against nimble enemies, so it is crucial that the correct fighters are chosen for each encounter. Like all of these games, each character has attack moves, spells to buff an ally or weaken an enemy and some will have magic attacks as well. As the party gains experience as a whole, meaning every character will be the same level, grinding is not really an issue.

An added feature is the idea that every round, one character would be allowed to attack again. This does not have to be used and can be cumulated round after round, eventually unlocking a stronger move that would need a bit of restraint to pull off. Although not a major addition, it is one that is worth playing around with.

There are some negatives, mostly with the combat sections. They do tend to last for an awfully long time, even on the fastest setting, and the camera placement can be rather annoying and stiff. Overall though, these negatives are not enough to take away from the enjoyment that Regalia: Of Men and Monarchs gave me. It’s a safe bet for anyone looking to scratch an old tactical JRPG itch. It may not reinvent any part of the wheel, but it reconstructs it in a way that is quite admirable.

Regalia: Of Men and Monarchs is available on PC.