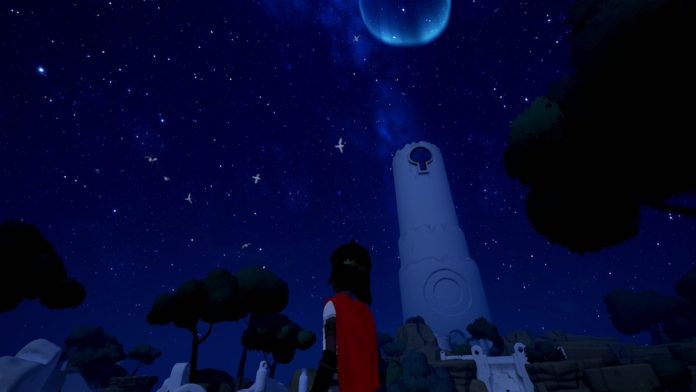 I’ll start off with the obvious: RiME is beautiful.

Thematically, visually, musically; RiME is incredibly beautiful in every way. So beautiful in fact that my first hour with the game was just spent looking around, getting mesmerised by my surroundings, taking screenshot after screenshot. It’s not the most technically accomplished title, sure; it’s not hyper-realistic nor does it have the latest cutting-edge graphics, but what RiME does have is an incredible sense of style and personality. Every way you turn, there’s a sight to behold; a gorgeous coastline, with an ocean glimmering in blazing sunlight. Carefully crafted monuments and ruins, awash with tiny signs of life – crabs, newts, wild boar. A day and night cycle so cleverly implemented into the game that you barely notice the change in light and shadows – until you look up and see the most spectacular night sky you’ve ever seen in a video game. It’s a solid testimony that a game doesn’t have to be realistic to be visually mind blowing.

In terms of audio, too, RiME blew me away. Its score is absolutely incredible, perhaps one of the most appropriately emotive soundtracks I’ve heard in a game in a long while. Both serene and carefree, yet ominous and tense at times, it perfectly captures every mood and feeling that the game explores. It’s a score that stays with you even after the game has finished, and one that makes the experience of playing RiME even more profound.

That said, I almost didn’t particularly like RiME. Almost. It took me around seven hours to complete, and after the first two or three I was beginning to feel like the game outstayed its welcome. What start out as strong puzzles that require a bit of brain power to solve end up getting rinsed and repeated; after a while, they feel rather monotonous and boring. In some sections, no thought at all was required as I was merely following an obvious path, at times making the game feel something like a silent walking simulator. The narrative initially felt weak, too. Free of any dialogue, RiME‘s story is delivered entirely through imagery. It’s very slowly revealed as you progress through the game, but it’s not at all clear what’s going on right until the very end. 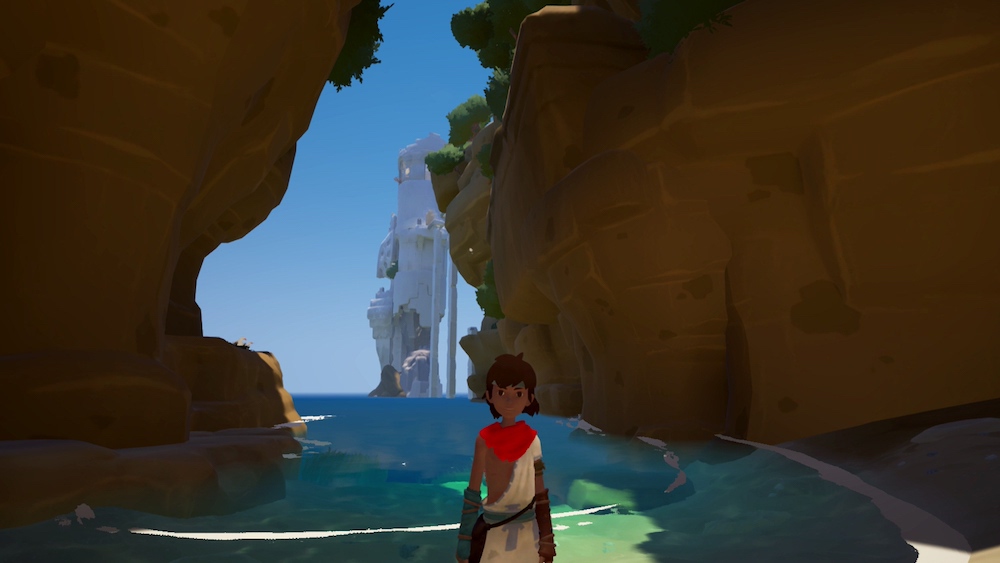 Thankfully, RiME‘s audiovisual beauty was enough to keep me going, and by God, I’m glad it did. The loose narrative thread comes together in a profound way in the end, hitting you with a hard gasp of realisation. Suddenly, every design decision in the game makes sense. The thematic shifts, the waning puzzles – everything has a strong purpose, and once you can see RiME as a whole, it’s clear just what a delicately crafted, beautiful tapestry the game really is.

Talking too much about the narrative is to do a disservice to the game; it’s definitely something that you need to experience first-hand. RiME follows a young, nameless protagonist as he wakes up on a mysterious island. We initially have no idea who he is, or where he’s come from, but it’s hard not to instantly fall in love with him. For a boy with no name, no real voice and no history, he somehow exudes a great amount of personality. From his adorable, childlike run to his facial expressions – often filled with awe at his surroundings – he’s the living, breathing heart of RiME. Most endearing though is the way he’ll subtly communicate with you when you press Y outside of interacting with an object. Sometimes he’ll quietly hum a little tune; other times he’ll express his wonder at his environment with a ‘wow’ or ‘oooh’. If he’s carrying something, he’ll let out a sound of exertion, and if he’s scared, he’ll whimper in fear. It’s adorable, touching, and despite the fantastical themes that RiME explores, it grounds this little boy in reality in such a simple way that’s hard not to admire.

Unfortunately, RiME isn’t without its problems. Playing on Xbox One, I was almost instantly greeted with a rather noticeable framerate drop that continued to rear its head throughout my entire playthrough. At times, it can be hard to appreciate RiME‘s beauty when it’s struggling to keep up with your actions. The camera has its annoyances too; controlling like a 3D platformer, it often struggles to show your character in tight spaces, and occasionally zooms too far into walls, disorienting you just enough that you’re not quite sure where you are anymore – especially infuriating when you’re trying to climb up a series of platforms and ledges.

These issues were easily overlooked though, as the full experience of RiME is far grander than the sum of its parts. Hopefully the framerate issues will be ironed out in a patch soon, but you shouldn’t let that put you off experiencing what this game has to offer. I feel like I’ve overused the words ‘profound’ and ‘beautiful’ in writing this review, but genuinely there are no other words that can quite do this game justice. Tequila Works’ RiME is an audiovisual tour de force that wants to astonish you with its beauty, charm you with its loveable protagonist, and move you with its powerful emotions. And if you give it a chance, it’ll succeed in all three. After the credits had rolled, I was still fixed to the screen with tears in my eyes and a mix of joy and sorrow in my heart, wanting to jump in and experience it all again with a whole new perspective.

RiME is available on PC, PS4, Xbox One and Switch. We reviewed the Xbox One version.