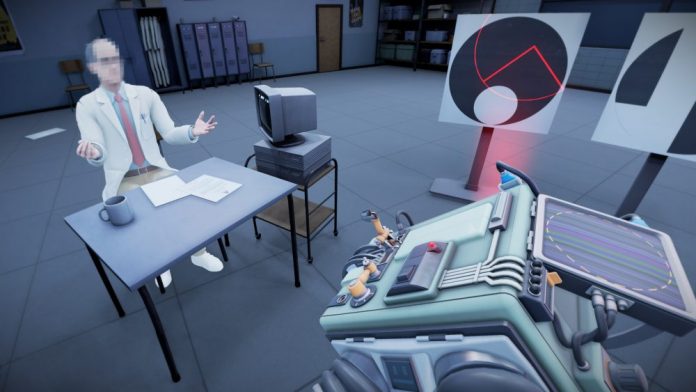 You’re sitting a chair, hands inside a mysterious box. A man with a blurry face watches you, intently. Solving these puzzles pushes you forward, but for what purpose do you solve them?

Statik quickly proved itself to be the innovative title that PSVR needed. Your job is simple: you will have your hands stuck inside a strange box, which you can manipulate with your controller. Tilt it, turn it, press every last button. You don’t know what anything does until you try. The button that activated a switch last time, might turn a screw next time. The concept is simple, the puzzles are brilliant, and the execution of it all is fantastic. With a handful of puzzles, a story that keeps you guessing, and a overarching ‘meta puzzle’ of sorts, Statik is a standout title on PSVR. Just remember, like the blurry man says, everything you need to know is in this room.

Clearly, without any sort of mystery about it, you are a test subject of some kind. What exactly is being tested in the Statik Institute of Retention is part of the story you unravel for yourself. Your goal, with every passing level, is to use that brain of yours. There isn’t much going on beyond that, in terms of gameplay. The beauty of Statik isn’t necessarily the puzzles, but the methods by which you solve them. VR is about immersion, seeing yourself in a virtual world. Taking away your hands, keeping them hidden, really messes with you. Add to that the fact you’re strapped to a chair and Statik can make you feel claustrophobic at times. The longer you work on a puzzle, the closer the walls seem to move in. It’s atmospheric as much as it is puzzling.

The scaling of difficulty with the puzzles in Statik isn’t necessarily straightforward, which I think benefits the game. There is objective difficulty with each, sure, but each person will find something more challenging than another. Baseline difficulty controls the flow, and equal amounts of brain power is necessary for each puzzle. Between puzzles you either take a lie detector test or work on this ‘meta puzzle’, one that you get more pieces for each time you progress in the game. This, also, is where you’ll get all the information about what’s going on in the story. It’s a nice touch that makes it feel like the game never really takes a break; something I think a lot of puzzle games don’t have. 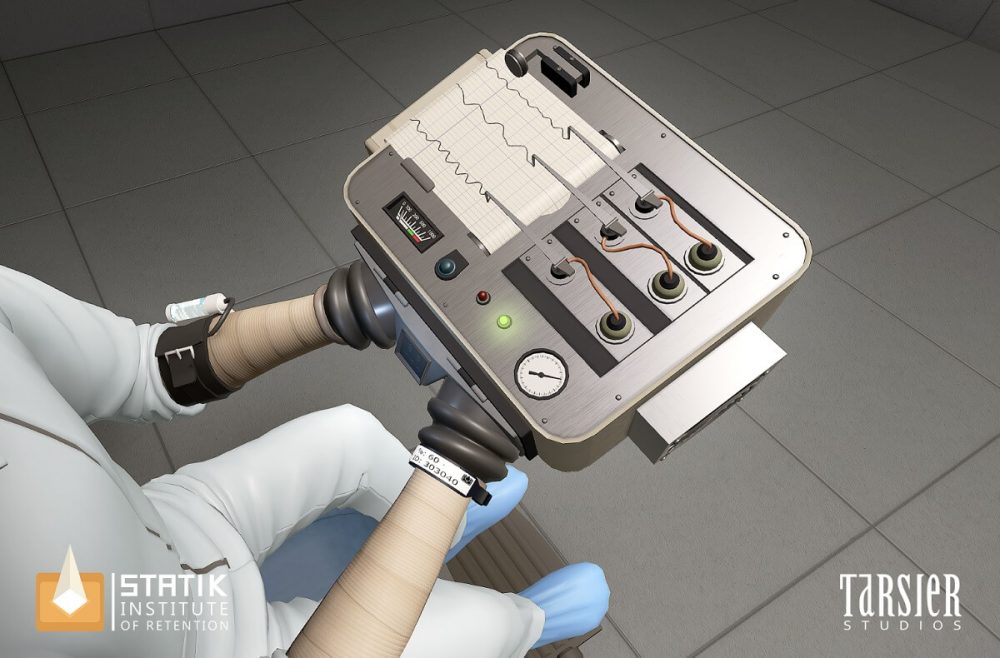 If there is any complaint to be made about Statik, then it’s the lack of content. The shortness of the game is rough because of how much fun it is to play. You just want more. Also, with VR sometimes it’s hard to tell whether an issue is in the game or through the hardware, but I had some de-syncing problems with my controller, and issues trying to recentre my headset. Even though this might not be a problem with Statik itself, it still seems to be an issue in the PSVR which can hinder the experience at times. We can’t expect perfection from such a young medium, but I can still gripe about it, right?

Outside of the puzzles, Statik does something else brilliantly: it bothers you. To the point that it affects your problem solving skills. By clicking the analogue sticks in, you can either denote your happiness or sadness to the blurry-faced man, Dr. Ingen. He often responds by saying things like “noted”, or “mhm”, or saying how bored he is, but it goes far beyond that; he’ll click his pen over and over, loudly sip on his cup of coffee, tap his clipboard or the table. There is also Edith, the little robot who scans your tickets for completing each puzzle. He will speak for and about her, and lament how nobody he’s ever tested can measure up to her. Each little action he takes in the game is purposeful, and it gets to you, no matter how hard you try.

Statik does what any good puzzle game should: it challenges you. No puzzle felt unfair or insurmountable. The game itself, and the way in which it is played, is arguably the best use of the PSVR yet. It’s a sense of immersion you fail to see elsewhere in the PSVR lineup. It falls short on duration, and terribly so on replay value, but the asking price makes the experience worth it, I think. I wager down the line, Statik will get some new puzzles, but for now, what is there might be short but it is spectacular. It does everything right, and very little wrong. It is simultaneously serene and tense. If you’re still looking for that PSVR title to change your perspective, Statik might be the one.

Statik is available on PS4.