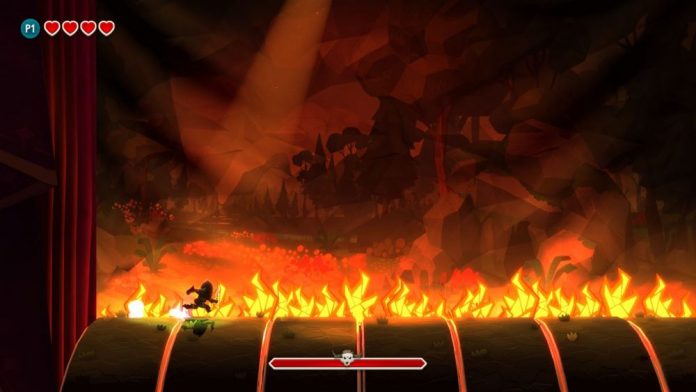 Creating a trailer that captures the imagination of those who view it is imperative in the bustling videogames industry.

It can put a game that’s pretty much unheard of on someone’s radar, or even better, catapult it to the top of their ‘to buy’ list. The trouble is; if your trailer is for a game that has flown under everyone’s radar, just how do you get people to watch it? Well, how about if I just dump one right here and insist you give it a watch?

So, what do you think? You did watch it didn’t you? Did you enjoy it as much as I did?

Talent Not Included is one of those games that, for me, came out of nowhere. It’s been available on PC since August last year, but the first time I learned of its existence was when it was released on the Xbox One store a little over a month ago. The title intrigued me enough to see if it had a trailer and I’m glad it did, because watching it sold me on the game almost immediately.

Humour is something I very much appreciate in videogames and Talent Not Included, as you can see from the trailer, has it in abundance. It’s not just to be found in its dialogue either. Though the exchanges of words between its trio of comically stereotypical heroes and quadruplet of bosses are funny, the gameplay itself is perhaps the biggest joke. You see, presented as though you are playing through the various acts of a play, the action comes across much like a slapstick tragedy.

Whichever character you’re playing as, their struggle to survive is a source of merriment to onlookers, and by proxy, also you. Juxtaposed to that, you’ve also got a vested interest in their success as you’re in control of them – you’re their puppet master, if you will. So with the stage ever-changing around them, throwing up a gauntlet of platforms, traps and enemies all vying to make you slip up, victory becomes something you earn, with plenty of farce along the way. 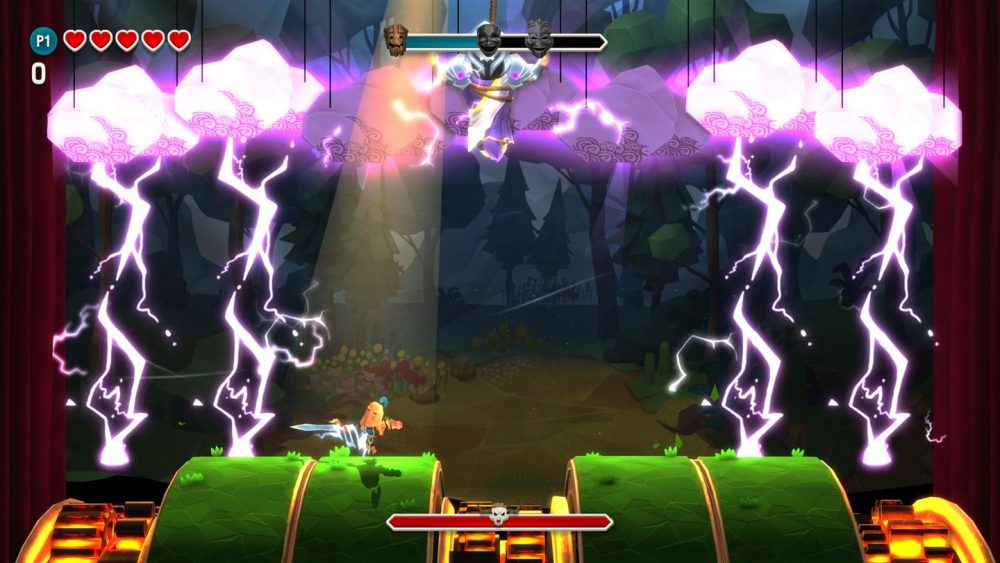 The action that Talent Not Included purveys is the type that could get old rather quickly, but somehow it doesn’t. The forty plus levels on offer keep your attention because of their breakneck pace and a difficulty level that’s challenging but fair. You’ll die time and time again, but you’ll keep going back for more because you just know that with persistence you can overcome anything the game throws at you. And with a scoring system that rewards you for picking up loot and avoiding taking damage, those who really want to display their prowess can replay levels in an attempt to reign supreme on the online leaderboards.

Combat is perhaps the least engaging aspect of Talent Not Included – it’s nothing more than functional. But then, it doesn’t really need to be any more than that as it’s not the focal point of the action. The joy of playing Talent Not Included is to be found in jumping from platform to platform with speed and precision, bouncing on bullets to reach higher ground and utilising each character’s special skills to overcome any dangers that may send them to an early demise. Dispatching foes is a part of that, sure, but apart from the odd boss fight, it’s not the be all and end all.

With its wonderfully quirky presentation and addictively challenging gameplay, I implore you to give Talent Not Included a try. For around a tenner there’s plenty of fun to be had with it, and if you’ve got a friend close by you can even play it in local co-op which results in even more hilarity.