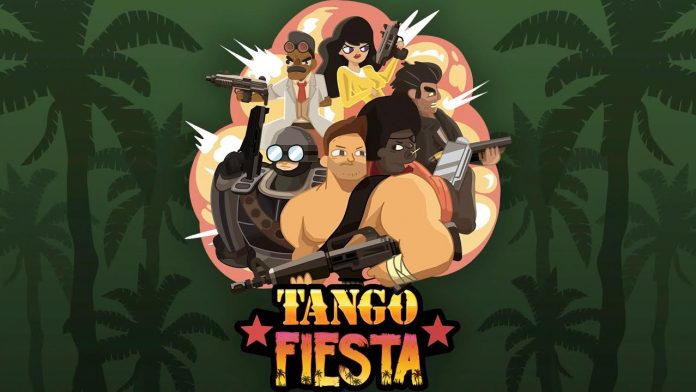 Masculine bravado is not enough to make up for all of Tango Fiesta’s shortcomings.

Diggy reviewed the PC version back in 2015 – you can check out his review here.

Amidst the plethora of solid twin-stick shooters on PlayStation 4 – Resogun, Helldivers and PixelJunk Shooter to name a few – the standard for tight controls and addictive, unique gameplay is set quite high already. Unfortunately, Tango Fiesta fails to compete on most fronts. Between clunky controls, tediously repetitive missions, and boring environments, the game just doesn’t hold up well enough to warrant your attention.

I found story mode initially charming, as intentionally tacky action movie dialogue between characters served as an effective way to enforce the game’s overly-masculine premise. Taking from every old-fashioned action film and putting Die Hard parody John Strong in the forefront, Tango Fiesta utilises procedurally-generated levels in an attempt to recreate that comforting nostalgia. The nostalgia ends quickly, however, as repetitive mission structures have the player destroying enemy buildings and defeating wave after wave of mindless goons ad nauseam. While the option for up to four players to cooperate simultaneously (online and locally) allows for some occasionally flashy destruction, the gameplay structure remains a mindless, shallow experience that is unlikely to hold one’s attention for long.

Perhaps the most glaring flaw that Tango Fiesta puts forward is the restriction of aiming to 8 directions, as opposed to a full 360-degree range. As a result, shooting feels inherently cumbersome and makes the gameplay experience feel more like a chore than anything close to an action-packed romp. Bullets whirl by nearby enemies due to slight miscalculations in aiming, eliminating any momentum that the game tries to achieve. Instead, I was left to fumble with lousy gunplay, bored and unimpressed with just how cumbersome it was to play such a simple game. When tight aiming is critical for a well-designed twin-stick shooter, what’s presented here feels like a very large step in the wrong direction. 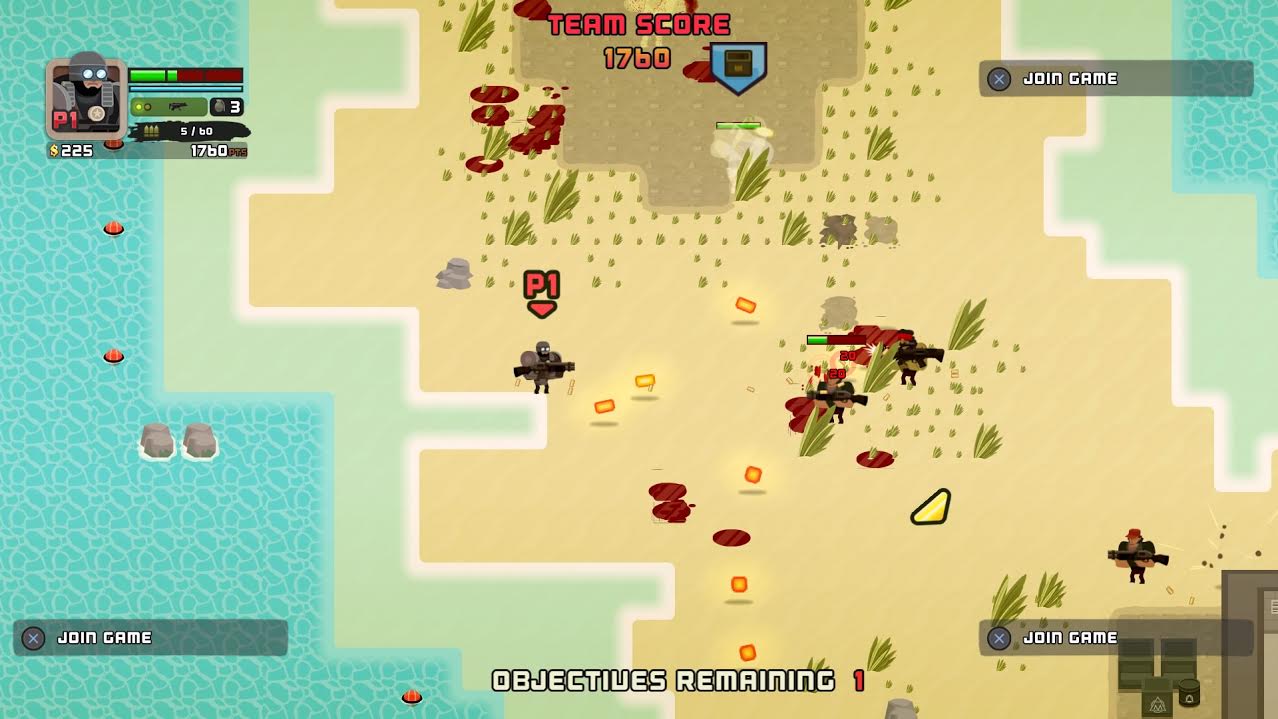 Aside from story mode, an endless challenge provides the opportunity for players to slog through waves of enemies in procedurally-generated levels. However, the repetitive nature of the game becomes increasingly apparent when the dialogue provided in story mode is removed. I never felt motivated to continue; instead, I often found myself exiting through the menu before ever falling in battle. In many cases, Tango Fiesta isn’t even difficult; so long as you keep moving, you can often avoid the majority of enemies’ bullets while wildly spraying your own return fire.

By fulfilling certain requirements such as playing as a particular character or completing a specific stage in story mode, new weapons become available for purchase from the gun shop. While the selection is initially quite limited, most conditions are achieved with relative ease, allowing for many weapons to become available quite quickly. What I would like to see are ‘compare weapons’ and ‘preview’ functions, as you are currently unable to compare the attributes of a weapon in the store to those in your collection without actually buying it. In the early hours of the game, this can be disappointing as you may end up spending all of your hard-earned money on a gun that doesn’t complement your play style.

Gameplay aside, the retro-styled visuals lack enough detail to avoid looking bland. Explosions from destroying buildings took me by surprise at first, as I found them to be much more exciting than the environments, but they grew predictable all the same. Music and sounds follow a similar path – loud and fast-paced rock anthems serve to re-emphasize the game’s desire for action, but they never result in anything memorable. Plus, there’s only so many times you can hear a low-budget Arnold Schwarzenegger impersonator pronounce weapon names in the gun shop before you mute your television entirely.

Between poor controls and downright tedious gameplay, Tango Fiesta fails to incentivise players to invest in its tough-guy premise. Though the game is initially fun if playing with friends, it offers little to no reward for time spent messing around with bad gameplay. For those interested in male bravado packed as a much better game, check out Broforce. If you’re looking for a stellar twin-stick shooter, there are many other well-crafted games worth your money. I can say with absolutely certainty that, when it comes to Tango Fiesta, I won’t be back.

Tango Fiesta is available on PC, PS4 and Xbox One. This review is based on the PS4 version.