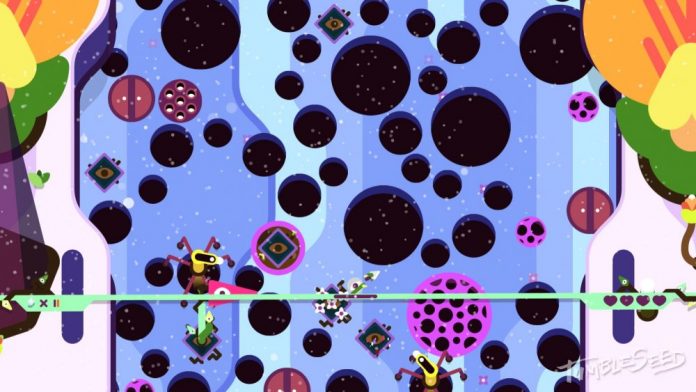 You see, just looking at stills of it in action, you’d be forgiven for thinking that playing it is child’s play. Trust me, it isn’t. Don’t believe the story that its colourful, cartoony graphics are telling you. Tumbleseed is a sadist. And it loves making you its victim.

Its premise is simple. For reasons you probably won’t care about very much, you need to guide a seed to the top of a mountain. But Tumbleseed isn’t like other games. You don’t roll the seed like it’s a zorb ball, nor does it somehow have legs to walk about with. In Tumbleseed, you move a platform that the seed rests on to progress. On paper it sounds like a walk in the park, but in practice, well, it’s not. 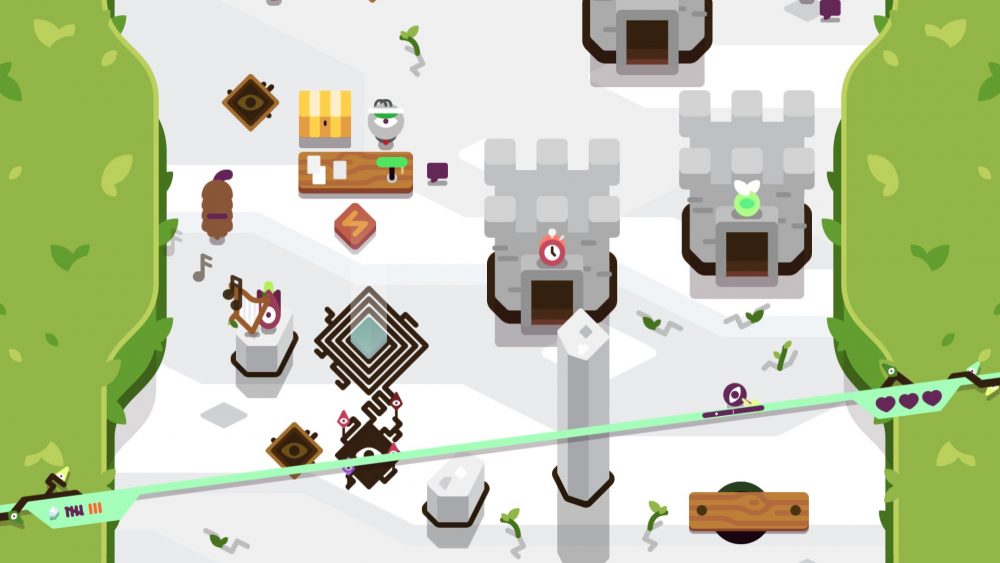 Now, admittedly I’ve not really been up many mountains in my life, but the one featured in Tumbleseed is undoubtedly the most dangerous I’ve ever seen. The aforementioned hazards are thick, making every inch you climb hard-fought. But, it’s not so much them that make the task so arduous, it’s how you control your seed via your inexplicably mountain-wide platform.

Navigating through the myriad of drops and evading the beasts that gravitate hungrily towards you is done by moving each side of the platform independently. If you want to move your seed straight up for instance, you need to hold up on both of the Switch’s analogue sticks while the platform is flat. Moving your seed sideways requires you to lift up only one side of the platform to make it roll the other. I mean, it makes perfect sense, but that doesn’t make it any easier. 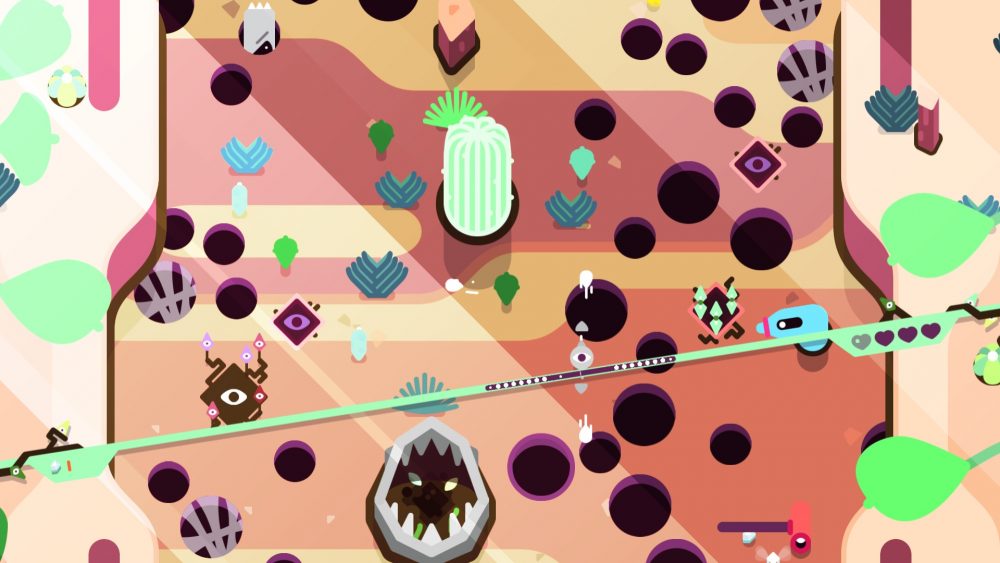 There’s no time limit, no reason to charge up the mountain like a bat out of hell, but it’s hard to not dive in headstrong, eager to reach the top as soon as possible. The result is that you often end up flustered, your seed rolling back and forth sideways as you wrestle with each side of the platform to regain control. Death – if that is something a seed experiences – quickly follows, the exceptional demonstration of the Switch’s HD rumble feature cut short during mid-roll.

Being a videogame, Tumbleseed does provide you with some nifty powers to make things a little easier for you. By accessing a menu you can change the form of your seed, allowing you to take advantage of mysterious runes that litter your path. Well, provided you’ve collected enough crystal shards along the way of course. Checkpoints can be erected, hearts can be refilled, and protective thorns can be grown, all enhancing your chances of survival. Admittedly they’re little help, but help nonetheless.

The fact of the matter is though, Tumbleseed is meant to be hard. You’re not meant to just roll up the mountain like a seedy badass. What would be the fun in that? Tumbleseed‘s randomly generated levels are meant to keep you on your toes, to keep you pushing yourself to the height of your abilities. You start at the bottom of the mountain every time you play but it doesn’t feel repetitive or unfair. You know that one day, the time it’s taken you to get a third of the way up the mountain will be how long it takes you to get to the top. And that, my friends, is why I keep going back for more.