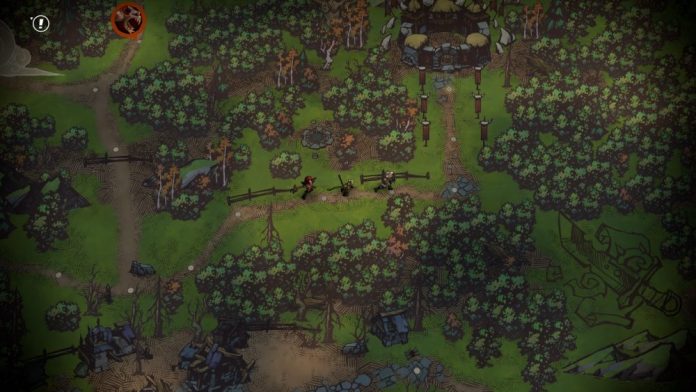 During E3, I was privy to a preview of Battle Chasers: Nightwar, developed by Airship Syndicate and published by THQ Nordic.

Based on the comic book Battle Chasers by Joe Madureira, the once-Kickstarter RPG boasts a gorgeous hand-drawn art style and robust turn-based combat. Madureira is serving as the Creative Director on the game and said the game isn’t a traditional RPG as much as it is a dungeon crawler.

During the demo, I was able to see how the world map would function. You move your party of three player-chosen characters (based on their narrative availability) along paths that are dotted with randomly-generated objects. These can be anything from enemy encounters to treasure.

Once an enemy touches the player, much like an old school Final Fantasy game, the game freezes for a brief moment before artfully transitioning into a turn-based battle. On the left side of the screen the game displays exactly whose turn it is and you are able to see many turns ahead. This allows for some preparation for the three characters. Turns include standard weapon attacks, magic, defence, and a shared three-tiered Burst meter fills up. As it is shared, any character can use it for a devastating, stylishly animated attack. 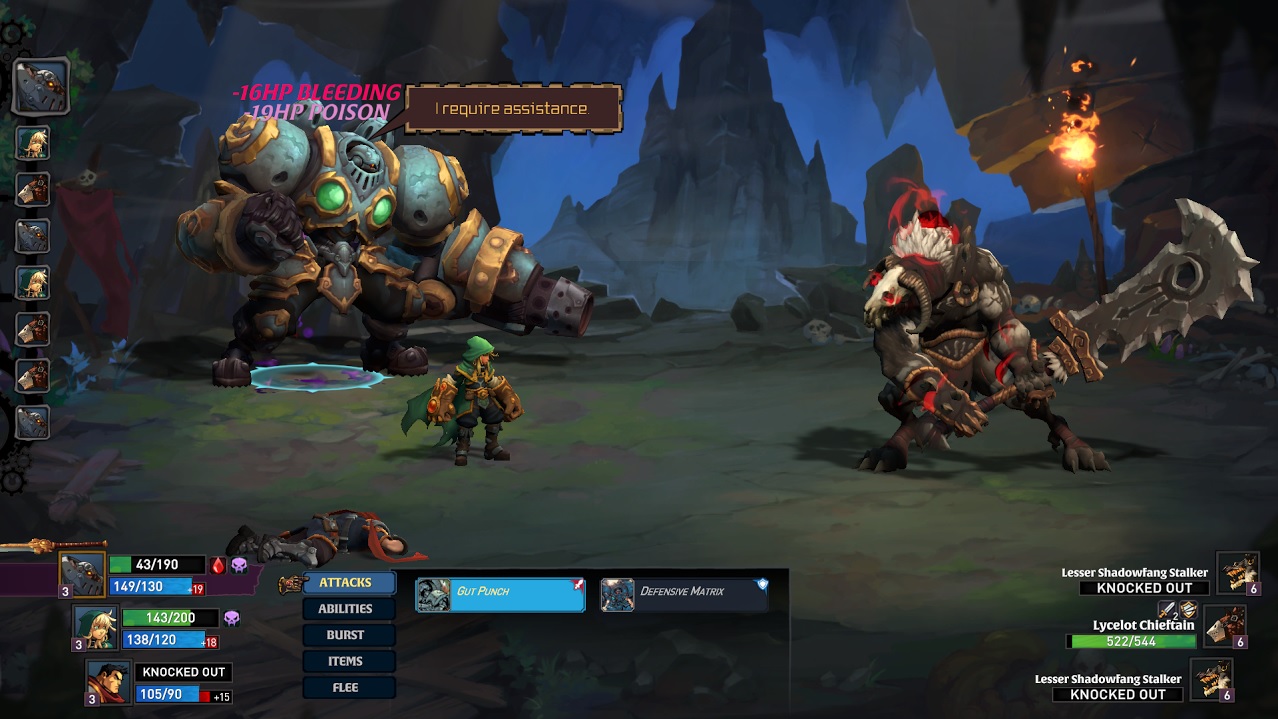 As Battle Chasers: Nightwar is a dungeon crawler, players will find themselves in many dungeons, each randomly generated and offering three difficulty levels. The higher the difficulty, the better the loot and rewards. While in these dungeons, players will only see one member of their party and, at times, being in control of a particular character will be helpful in navigating the perilous areas. For example, Gully, a young girl who was sporting cartoonishly large boxing gloves in this demo, is small and fast enough to circumvent bladed, moving traps, whereas Calibretto is far too large to do so and will take damage.

Additionally, each dungeon features a “mystery box” in which players can place an item and should they find a corresponding box, they can retrieve an enhanced version of that same item. However, if they fail to retrieve it before they leave the dungeon, they’ll lose it forever. And as the dungeons are randomly generated, these mystery boxes will rarely (if ever) be in the same place twice. It’s a very cool risk/reward mechanic that many of us who enjoy RPGs will relish.

With what promises to be a fun and engaging story, Battle Chasers: Nightwar should serve to deliver on its impressive first impression when it releases on 3rd October on consoles and PC.